International students attending a private Manitoba college say they have been misled by recruiters who have convinced them to pay thousands of dollars to sign up for classes there. 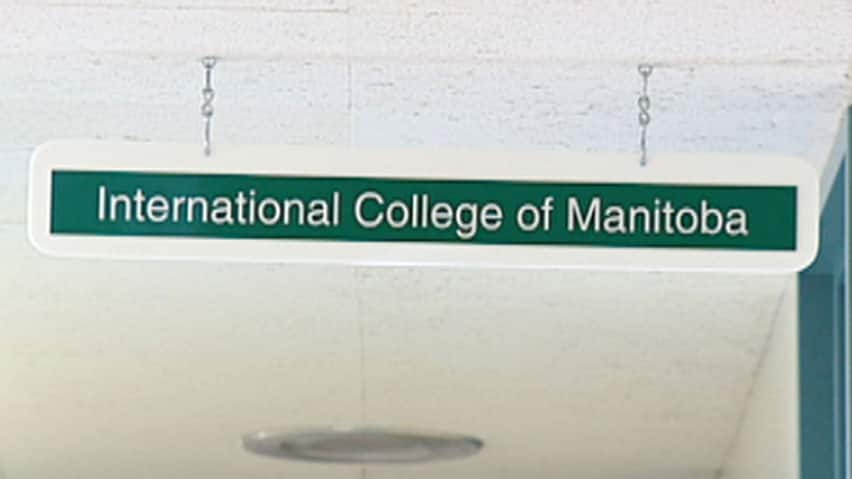 8 years ago
2:47
International students attending private Manitoba college say they have been misled by overseas recruiters. 2:47

International students attending a private Manitoba college say they have been misled by overseas recruiters who have convinced them to pay thousands of dollars to sign up for classes there.

International College Manitoba (ICM) is a private college on the University of Manitoba's campus. Through a contract with the university, it recruits international students from countries like Pakistan, China and Singapore and brings them to Winnipeg.

The goal of ICM, according to the University of Manitoba, is to recruit students whose English proficiency and high school grades would not be sufficient for direct entry to the university.

The college's job is to prepare these students over the course of one or two years for eventual direct entry into the University of Manitoba as second-year students.

The university would not disclose how much money it earns from every student ICM recruits.

Nabeel Fakhur, a former ICM student who moved from Pakistan to Winnipeg, says the agent who recruited him was not transparent about many things, including which post-secondary institution he would be attending.

Fakhur said he paid thousands of dollars to come to Winnipeg because he was told ICM was a part of the University of Manitoba.

Fakhur said he was also given promises about working in Canada and gaining citizenship — all of which, he said, were misleading claims.

"[Agents] need to tell the truth because we're going for such a big move … we shouldn't be told lies. They should be honest with us," he told CBC News.

Fakhur said he found the ICM classes to be too easy, and he was disappointed with the amount of isolation the college's students experienced compared to other international students at the university.

Could not get refund

Fakhur tried to leave ICM and go directly to the University of Manitoba. But despite being told he had the English proficiency and marks to qualify for direct entry, he hit a roadblock: the college refused to refund his money for one term, which Fakhur said amounts to about $7,000.

By contrast, according to the University of Manitoba's website, its students are eligible for a full refund of fees for almost two weeks after classes commence.

Neither ICM nor Navitas, the Australian parent company that runs the college and others like it, would agree to be interviewed by CBC News.

In an email, a Navitas official stated, "ICM communicates clearly and openly with all current and potential students regarding … the fact that ICM is not part of the University of Manitoba."

CBC News spoke with five more current and former ICM students, two of whom were supplied by the University of Manitoba.

Only the two students who were provided by the university disagreed with Fakhur's concerns over the quality of education provided by ICM.

All of the students, however, expressed concerns about what agents have been telling prospective students.

University not aware of problems

David Collins, the University of Manitoba's vice-provost of academic planning and programs, says he has not heard any complaints about ICM himself, but he is concerned about the allegations being made.

Collins said the university goes to great lengths to ensure its relationship with ICM is made clear to recruits, adding that he personally approves ICM's marketing material before it is used to recruit students.

"I actually pulled some of their materials back to make sure that clarity is provided, to ensure that individuals know that whilst ICM is a pathway … we [the University of Manitoba] are a quite distinct organization," he said.

Collins said he was "very surprised" that a student like Fakhur would be recruited into ICM.

With regards to ICM's recruiting practices, and the allegations that some of their agents have been misleading, Collins said the university gets assurances from ICM that their agents are acting ethically.

But he added that ultimately, recruiting students into ICM "is [ICM's] business. That's not our business."

Collins said the University of Manitoba will look into the students' allegations, but he recommended that CBC News ask ICM about complaints being made against its agents.

In its statement, Navitas said it monitors its agents regularly, and "if any agents are found to violate Navitas' code of conduct, their contracts are terminated."

The company says it has terminated "approximately 15 agent agreements over the past five years."