Manitoba is spending $8 million to restart large events, including $2.5 million on a bid to have the CFL play the truncated 2020 season in Winnipeg as a hub city.

If Winnipeg becomes CFL hub, 60 games would be played in city, plus Grey Cup

Manitoba has made a $2.5 million bid to have the Canadian Football League play a truncated 2020 season in Winnipeg, should the league go ahead with a plan to play 60 games over the course of 15 weeks.

Premier Brian Pallister announced a plan to spend $8 million this year to host large events in Manitoba. Chief among them would be a CFL season played entirely at I.G. Field in Winnipeg.

Pallister said Winnipeg is ideal because it boasts the lowest incidence of COVID-19 of any CFL city.

"Manitoba is leading in recovery with a safe plan to restart our economy, which is why we are ready to make another important investment that supports the restart of our economy," the premier said Monday during a press conference at the Manitoba Legislative Building.

The Restart MB strategy as a whole aims to support Winnipeg and rural destinations in their bids to host large-scale meetings, conventions and events and to restart the Manitoba economy, Pallister said.

The province will decide how to dole out $5.5 million on the basis of the return on investment, he said.

The $2.5 million earmarked for CFL games would be spent on food and accommodations for visiting teams and officials, practice field rentals, group transportation and event-specific expenses in Manitoba.

Dakota field and the East Side Eagles field are among the practice facilities that may be used, said Wade Miller, president and CEO of the Winnipeg Football Club.

Pallister estimates the province's $2.5-million investment would result in "substantial economic spinoffs" if Winnipeg were named as the CFL hub city. 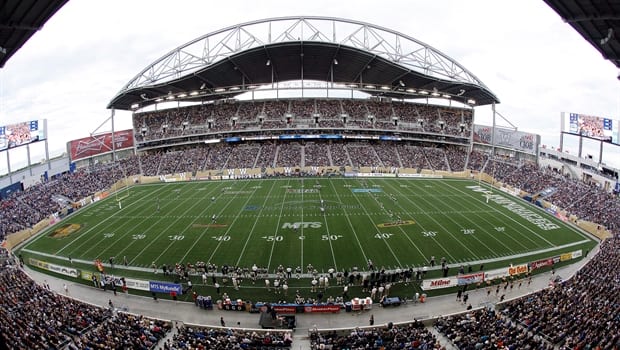 7 months ago
2:25
Manitoba Premier Brian Pallister says Winnipeg is the ideal location for the league to play an abbreviated 2020 season.  2:25

A recent economic impact analysis estimates approximately 800 players, team staff, league staff and media would visit the city, resulting in the equivalent of 55,000 hotel room night stays, Pallister said. That would generate approximately $3.8 million for the provincial economy, he said.

Fans will be not able to attend the games, but the economic benefit to hosting them would still be profound "especially for our hard-hit tourism and hospitality sectors," Pallister said.

Estimates suggest they would generate $45 million in business sales and $4.5 million in direct taxes.

Miller said the economic benefit for the Winnipeg Blue Bombers would be minimal, beyond the morale boost and the ability to turn the lights on at IG Field.

"There would be a slight stadium rental, but not very much [revenue]," Miller said in an interview.

"Manitobans have done such a great job and flattening this curve ... to give us this opportunity to be able to go in and put our name forward, and say the province and the city wants to wants to host the CFL for all the football in 2020."

Miller said the economic impact would be far greater on the hotels that would house CFL players and officials.

Manitoba hotels are dealing with vacancy rates as high as 80 per cent right now, said Scott Jocelyn, president and CEO of the Manitoba Hotel Association.

"I don't know what type of scheduling they're looking at, but any type of business is good news at this point," Jocelyn said.

Miller called the provincial bid a very positive step, but said any league decision to move ahead would depend on a federal contribution as well.

60 games could start in September

Should Winnipeg serve as hub city, it would host 60 games televised across Canada over 15 weeks, likely beginning in early September. Winnipeg would also host the 108th Grey Cup game.

Fans would still see the city through the broadcasts, and that will help showcase the province "and make clear to viewers what we already know — there's no better place to be," Pallister said.

Pallister said he has no intel that Winnipeg is a front-runner as a CFL hub city, but said he feels Manitoba's bid is the best.

The Saskatchewan Roughriders have also put their name forward and Saskatchewan Premier Scott Moe has said he has "a very large appetite" for that to happen, promising to work with the football club to make it happen.

Hamilton's name has also surfaced as a potential site.

"The opportunity to host the CFL season isn't something we want to punt to Saskatchewan or have intercepted by Hamilton. We want to get ready for the CFL season to touch down right here in Manitoba," Pallister said.

"All of us here share the belief that Winnipeg and Manitoba are ready and safe to serve."

Should Winnipeg be chosen, everyone connected to the games will be required to follow all of the public health protocols in place in addition to any others required by the CFL, Pallister added.

Miller said visiting CFL players would have to remain within secure "bubbles" where they would have limited contact outside the bubble and only attend designated places, such as hotels and practice facilities.

Players won't be permitted to go to bars and restaurants unless businesses are rented out for use only by the CFL, Miller said.

Dr. Brent Roussin, the province's chief provincial public health officer, confirmed there will be a CFL bubble, while Pallister claimed to have no knowledge of the bubble concept.

"We have not beaten COVID-19, we have only kept it at bay. The answer is emergency economic assistance for the hospitality industry, not putting workers and Manitobans at risk for greater exposure."

"Today was another time the premier failed to address Manitobans' immediate priorities: a lack of a child-care plan, how we can support the thousands of businesses who need help and how schools will be able to reopen safely in just over a month," Concordia MLA Matt Wiebe said in a statement. 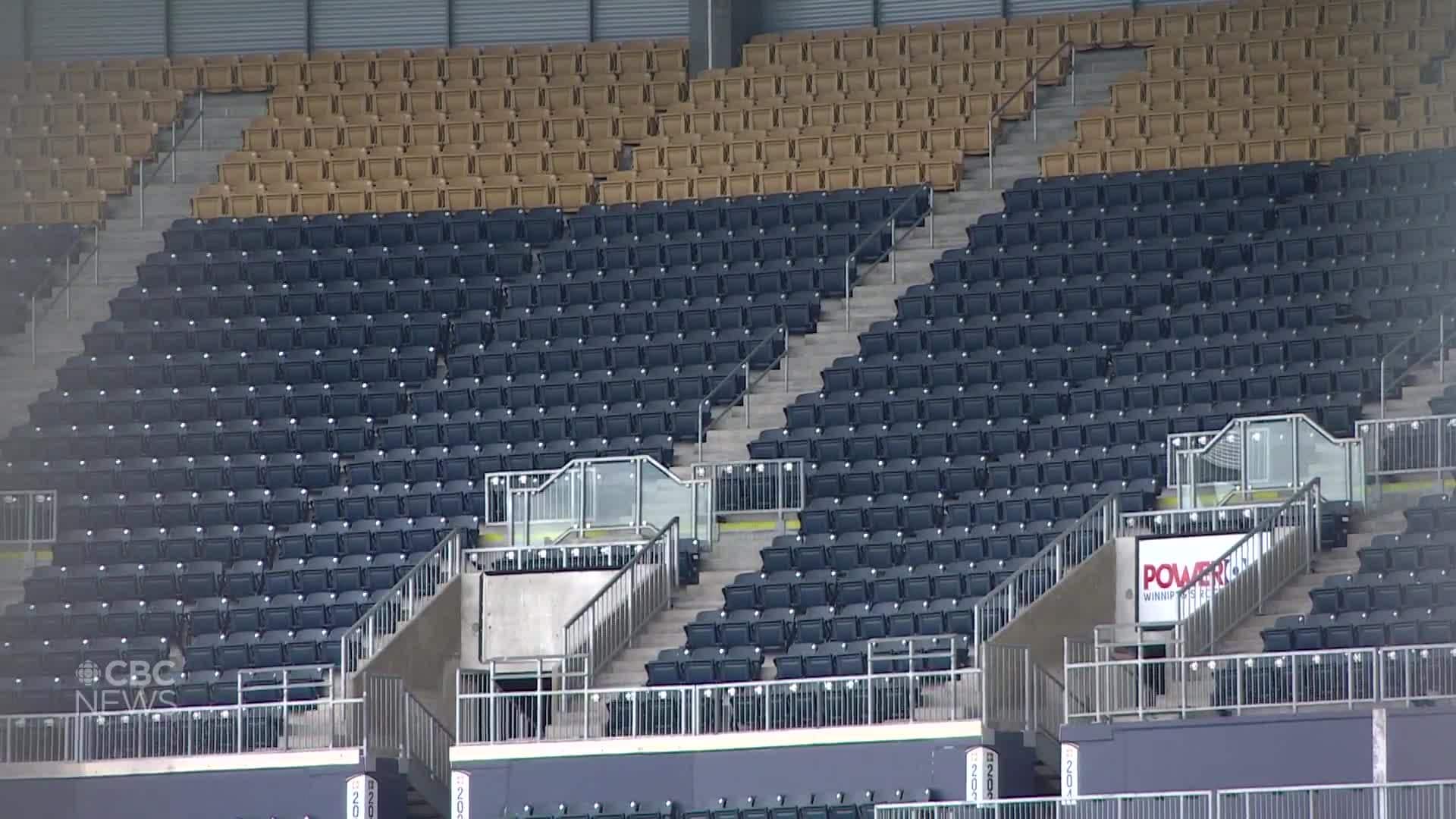 7 months ago
2:08
Manitoba has made a $2.5 million bid to have the Canadian Football League play a truncated 2020 season in Winnipeg, should the league go ahead with a plan to play 60 games over the course of 15 weeks. 2:08