Manitoba is expanding its rapid COVID-19 testing to teachers in Winnipeg.

News comes as data shows cases in schools have more than doubled since Nov. 17

Manitoba is expanding its rapid COVID-19 testing to teachers in Winnipeg.

The rapid testing pilot will begin in January to coincide with the post-holiday return to school, Premier Brian Pallister announced on Thursday.

Those tests will be part of a broader expansion of rapid testing throughout the province, he said.

The province has sent in a $40-million order for Songbird Hyris tests, which will help deliver 45,000 tests a month.

That will provide the ability to test each teacher and educational support staff member in Winnipeg twice a month for the rest of the school year, Pallister said, adding the tests will initially only be given to those who show symptoms.

No testing, however, will be given to students; the tests are not designed for children, he said. 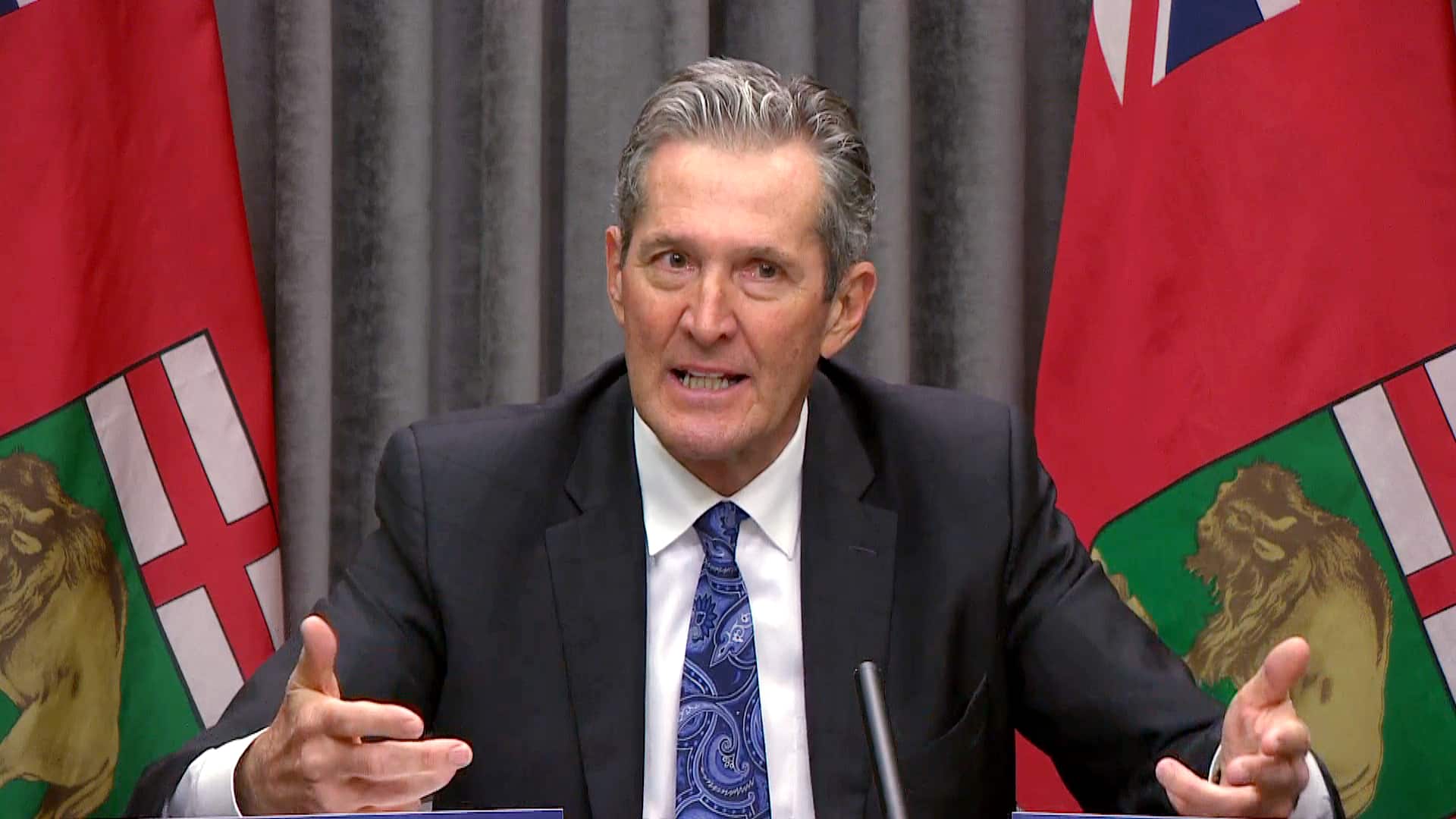 2 months agoVideo
53:25
Manitoba is expanding its rapid COVID-19 testing to teachers in Winnipeg. It will provide the ability to test each teacher and educational support staff member in Winnipeg twice a month for the rest of the school year. 53:25

If they feel ill or have any coronavirus symptoms they must stay home, as has been the order since March. If teachers feel ill, on the other hand, they need to be tested and cleared as soon as possible to get back to teaching kids, Pallister said.

More details about the rapid testing program, as well as plans to expand it outside Winnipeg, will be announced in the near future, Palister said.

The province is also deploying another 20 Abbott ID NOW tests to communities across the province, in addition to the 13 testing units announced a month ago.

The latest devices are destined for:

Manitoba's Official Opposition, the NDP, said the province's decision to not test students is "a big failure."

"All the parents, so many of the teachers, so many of the community members, the grandparents I've been hearing from, their No. 1 concern is what is going on with the children in schools? Is there community spread of the coronavirus happening with kids?" NDP Leader Wab Kinew said after Pallister's announcement.

On Wednesday, he said the Pallister government's decision to extend the holiday school break by two weeks demonstrates schools may not be as safe as the province maintains.

"So again, what we're calling for is asymptomatic surveillance testing in schools that would include children. We need to be able to answer that question as to whether there is spread," Kinew repeated on Thursday.

He said he believes in keeping students in class rather than closing the schools "so long as it's safe."

He also called it ridiculous that the government is waiting until January to roll out the rapid testing, saying 251,264 test kits have already been sent to Manitoba by Health Canada.

"That's enough to have rapid tests at a rate of 3,000 a day for months," Lamont said. "So the idea that we have to wait for rapid testing is a failure of the Pallister government."

The number of COVID-19 cases in schools more than doubled over the last two weeks, according to data CBC News received the provincial government.

"The increase in case numbers is due to the time frame since the data was last reported, as well as refinements in the case identification and reporting process," a spokesperson from the provincial government said via email.

"For the most part, these cases do not reflect transmission in the school," they said, adding that there has only been evidence of in-school transmission in six schools.

Manitoba has also made "significant progress" toward launching a co-ordinated vaccination campaign when a vaccine is ready, Pallister said.

"Our team of hundreds of dedicated Manitobans has been planning and preparing for months for a vaccination campaign that will be unlike anything else this province has ever seen," he said.

"We are assembling the necessary people, equipment and other resources so we can rapidly stand up a large-scale, super-site vaccine campaign, as soon as the vaccine is delivered."

Manitoba has secured all necessary supplies to administer two doses of the vaccine to every resident, including a sufficient supply of needles, syringes and personal protective equipment for staff administering vaccinations, he said.

The first freezer able to safely store one of the COVID-19 vaccines at extremely low temperatures has been delivered and installed, with another four on the way, Pallister said. Together they can hold about one million doses of vaccine.

The province has purchased 20 portable ultra-cold freezers so that, as the vaccine supply from the federal government expands over the coming months, it can be stored and be widely available at numerous sites.

WATCH | 'I'm the guy who's stealing Christmas to keep you safe' 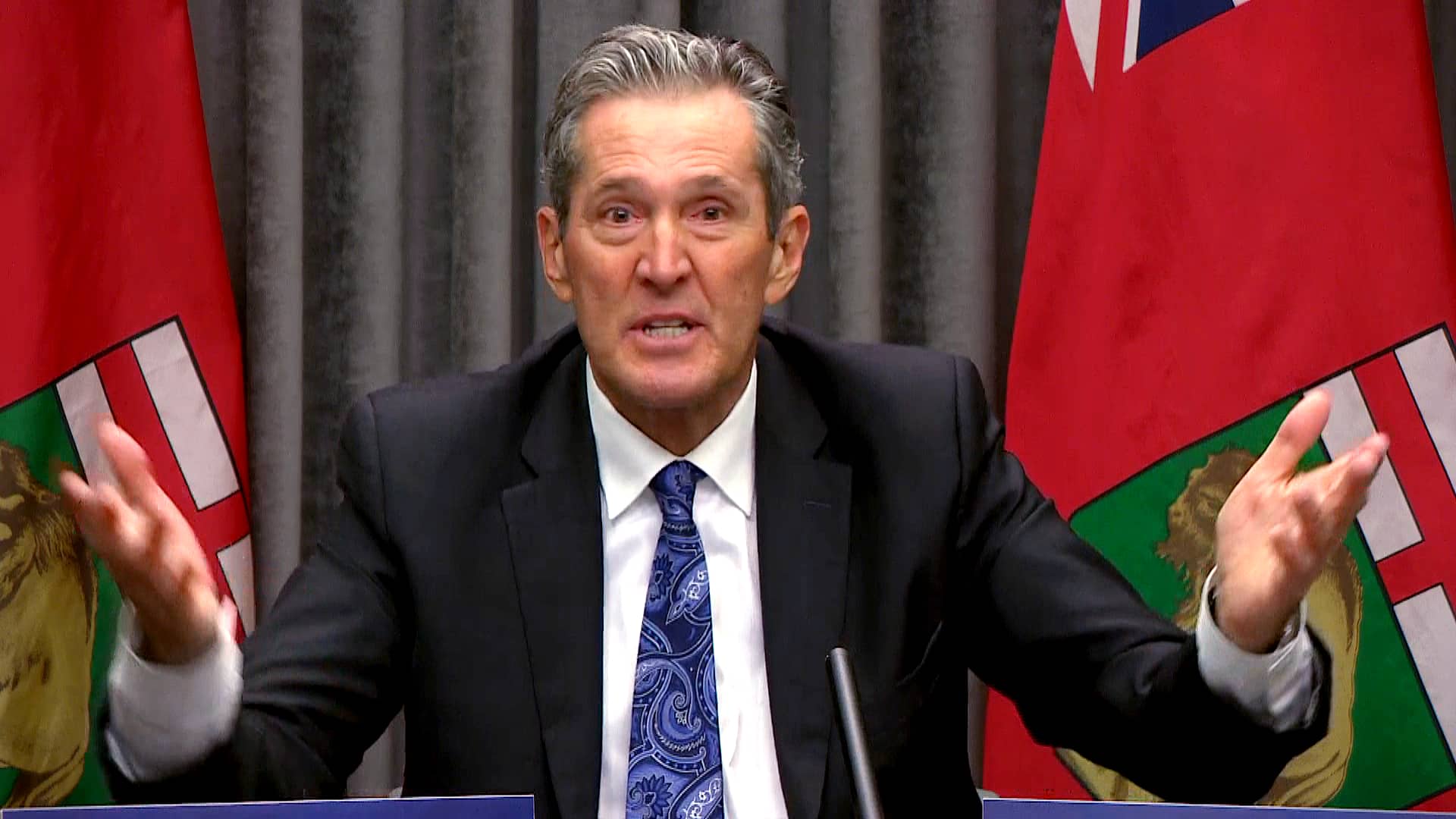 Ultimately, it will be offered in a way that is similar to a conventional vaccination campaign, such as the annual flu shot, a news release from the province stated.

Vaccines won't be mandatory but the province will appeal to everyone's common sense to get it, Pallister said.

"Over time, the vaccine will be available to every Manitoban who wants it and this will help to protect all of us against COVID-19," he said.

"In the meantime, we must continue to follow the public health advice of our public health experts, focus on the fundamentals and stay home."