The initial investigation found millions of disposable gloves being manufactured in Malaysia by employees working in sweatshop-like conditions were linked to hospitals across Canada.

A subsequent look at Manitoba's PPE landscape showed at least two of the companies investigated either manufacture or supply gloves used by the majority of health-care facilities in the province.

"It makes me sick to my stomach," said Abe Araya, president of the Canadian Union of Public Employees, Manitoba.

"That the government would purchase PPE from companies that exploit their workers like this. The government should be investigating where they are buying PPE. And if it is coming from dangerous working conditions, they need to find new products."

Gloves used in Manitoba from companies investigated by Marketplace

The employees complained about long working hours and debt they were forced to take on in order to pay for the recruiting fees needed to get the job. Some also spoke of unsafe working conditions and unsanitary living conditions. 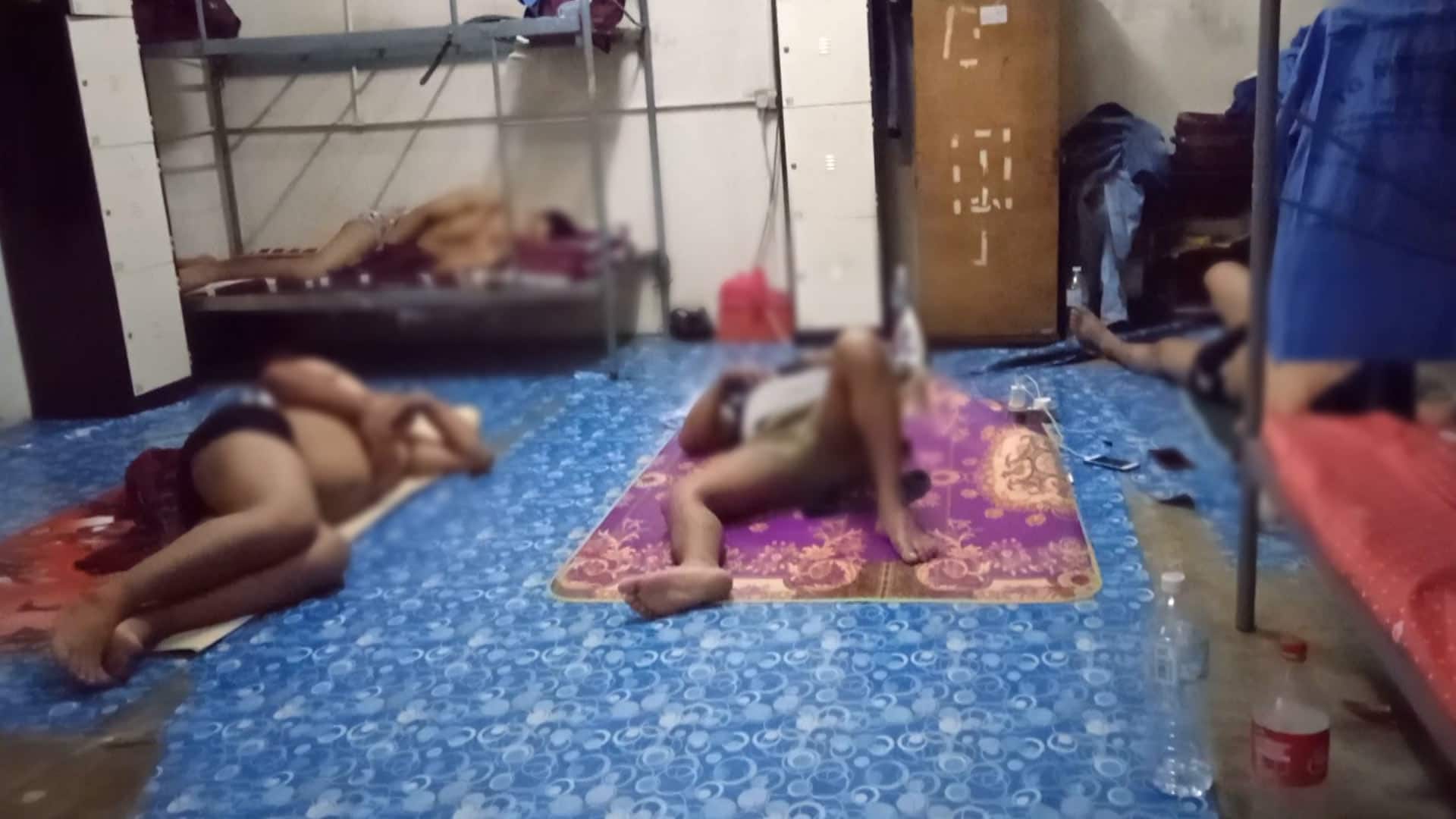 Hidden camera reveals where some of your PPE comes from

1 month agoVideo
2:05
An insider documents conditions inside his factory and workers’ dorms and a labour activist reacts to what he calls “appalling” conditions at a Top Glove factory in Malaysia. 2:05

Through internal company documents, shipping records, and sources, Marketplace found companies, including a subsidiary of Medline Industries Inc., imported at least 125 shipments — or about 255 million gloves — into Canada from these five Malaysian manufacturers in 2019 and 2020.

Medline and Ansell gloves can be found at the majority of health-care facilities in Manitoba, including Winnipeg's two largest hospitals, St. Boniface and Health Sciences Centre, a spokesperson for Shared Health Services confirmed.

Medline is a U.S.-based company which owns the Curad line of nitrile gloves that are used by health-care workers all over Manitoba.

The company and its subsidiaries were found to have purchased gloves from both Kossan and Top Glove, according to shipping records from Panjiva.com.

One desperate migrant worker told Marketplace he paid a Bangladeshi recruiting agency close to $6,000 to work at Top Glove.

He says he wound up working 12-hour shifts six days a week on a production line and living in a hot, cramped room with 23 others.

He told Marketplace he was beaten by his supervisor after he complained about the conditions.

Top Glove said it now has a zero-cost recruitment policy and has begun reimbursing more than $40 million in recruitment fees to more than 11,000 foreign workers that qualify.

Top Glove said that it "does not tolerate any form of violence, harassment or abuse, and views such allegations seriously."

The company said it is "seriously embarking on corrective measures to improve" worker accommodations.

Officials with Shared Health said because of the pandemic they were unable to free up the resources to say how many health-care facilities were using these gloves, other than noting the gloves are in "the majority" of facilities.

Marketplace spoke to workers from Australian-based Ansell, which has factories in Malaysia, who said they would work close to 270 hours a month — about 75 hours of overtime — in addition to their regular work hours.

One current Ansell employee told Marketplace through a translator that he felt "helpless" because of the long hours he worked to pay off debts back home.

In addition to manufacturing gloves, Ansell's Canadian location, based in Quebec, also orders disposable gloves from the four other manufacturers Marketplace investigated.

The company imported approximately 32,498,000 gloves from these manufacturers into Canada in the last two years, according to publicly-available shipping records.

Emergency PPE procurement has been handled by the Manitoba government's Central Services department and a spokesperson said they have not purchased any disposable gloves directly from the five manufacturers Marketplace investigated.

"It is possible that these distributors acquired their inventory from these manufacturers, but this information would not be expressly disclosed to Manitoba," the spokesperson said in a statement.

WATCH | 'The truth about your life-saving PPE' 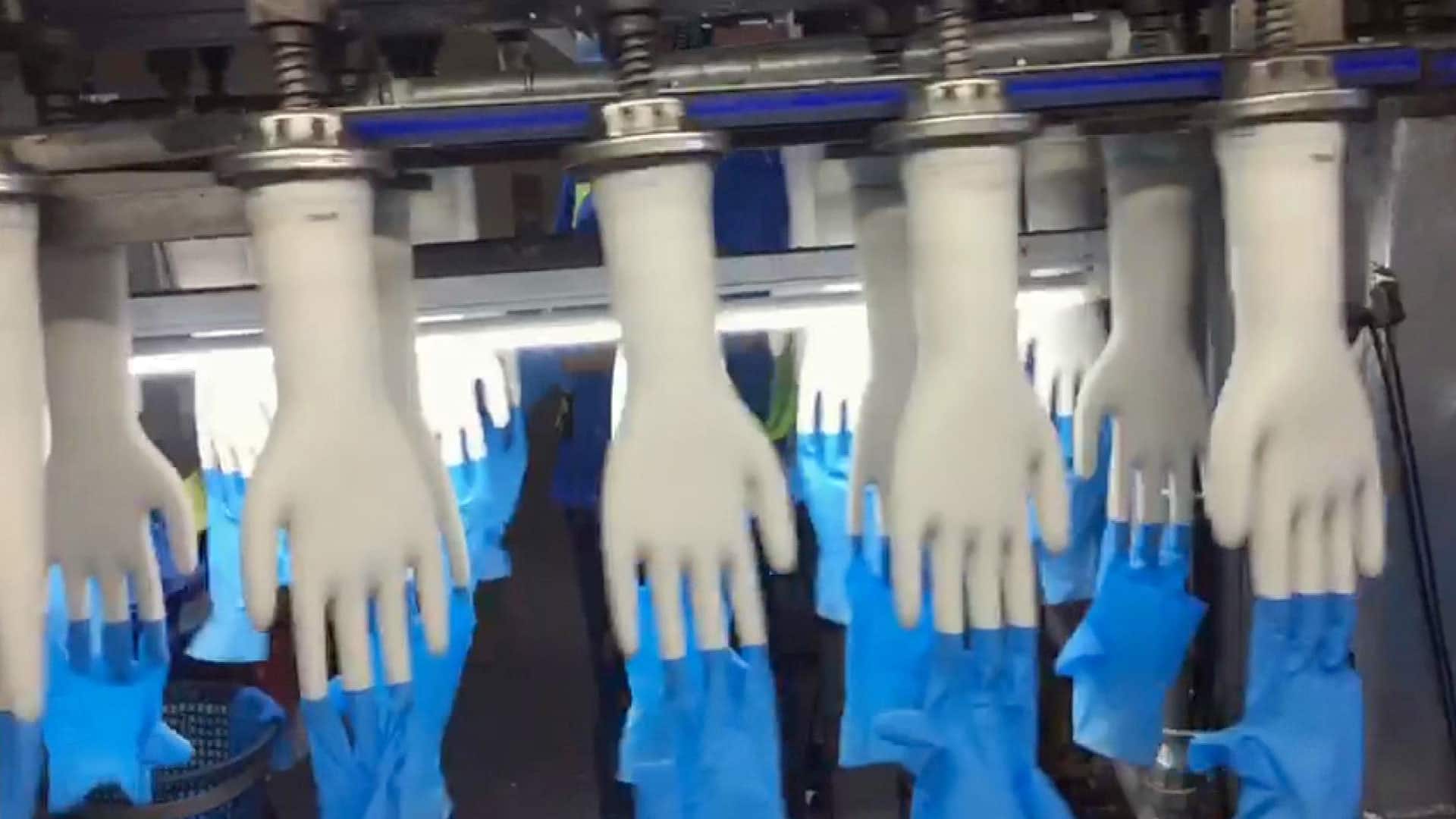 1 month agoVideo
3:13
Marketplace spoke to nearly two dozen employees at disposable glove factories in Malaysia who say they face unsafe work and living conditions and violence on the job. Many of these goods could be making their way into the Canadian health-care system. 3:13

According to officials with Shared Health — which is in charge of procuring PPE for general use — most of their PPE is sourced through contracts put in place through a national group purchasing organization called HealthPRO Procurement Services Inc.

HealthPRO arranges contracts with suppliers for over 1,300 health-care facilities across Canada.

Officials with the company confirmed they work with Ansell and Medline.

Kendra Frey, the vice-president of materials management at HealthPRO, said she was "highly concerned" with what she read in Marketplace's story and is committed to investigating the issue further.

"To hear about the working conditions, to see the pictures, to understand what those workers are going through," she said.

"This is going to require a national commitment and a globally co-ordinated effort."

Following the story's publication, Frey said they contacted their suppliers and set up meetings with companies such as Ansell to go over the report's findings.

She said they are still in the early stages, but believes the company has a role to play, given its vast network.

"We would want to work within our establishment network and influence change to minimize these practices," she said.

The Health Minister and Central Services Minister declined to comment on Marketplace's findings.

Ansell issued a statement to Marketplace, outlining the steps it has taken to protect workers.

It noted that the company itself has never charged any recruitment, that it is the work of foreign recruiting firms.

"As soon as we became aware, Ansell established a Zero Recruitment Fee Policy (January 2019)," a spokesperson wrote in a prepared statement.

"Ansell since has taken a direct control on the recruitment process of foreign workers and only use vetted recruitment agents who uphold ethical recruitment standards."

The company also said third party suppliers are required to comply with their Supplier Code of Conduct.

"We monitor the performance of our suppliers through a range of systems, including direct engagement, regular performance reviews and third-party audits."

By the end of this month, it expects to reimburse the fees of all of its migrant workers

"We stand with migrant workers," union

Araya, whose union represents thousands of health-care workers in the province, said the federal and provincial governments need to rethink where and how they are purchasing the PPE used by their members.

When the union purchases any branded swag, it focuses on buying all promotional materials from North America-based, unionized shops, he said.

"We stand with migrant workers around the world," he said.

"If these … workers are treated as garbage ... Even if it costs a little bit more, they should look at different products."

Read more about how companies responded to Marketplace's investigation

With files from Eric Szeto, Caitlin Taylor and Asha Tomlinson