When Rick Macl learned the province was taking a hybrid approach to recreational marijuana sales he said he was excited. But that changed when he read the request for proposals. 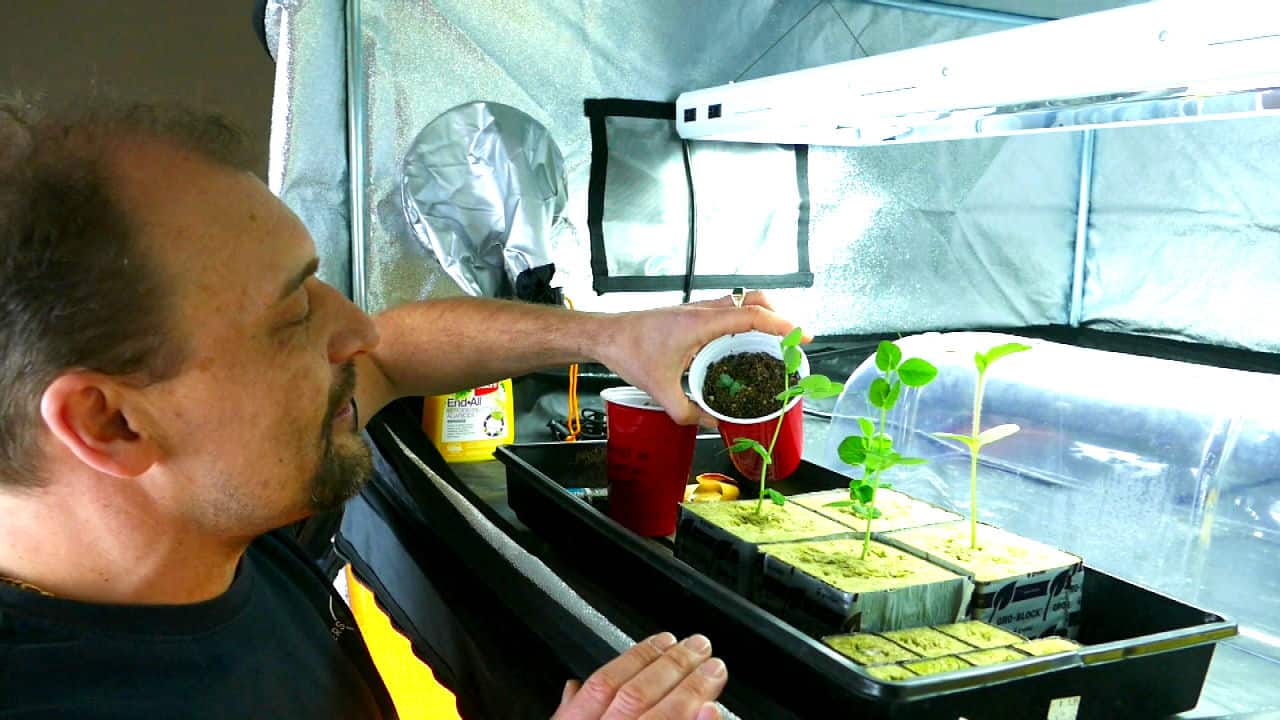 'They're favouring the larger companies.'

3 years ago
1:45
A Brandon smoke shop owner says the province is creating a big-business monopoly for retail marijuana shops. Rick Macl sells equipment and paraphernalia for those who smoke medicinal marijuana, but says after reading the province's plan, he doesn't stand a chance of opening a pot shop. 1:45

When Rick Macl learned the province was taking a hybrid approach to recreational marijuana sales he said he was excited.

He opened up Growers and Smokers in Brandon in March, investing more than $200,000 into the business and even renting the storefront beside in hopes for a future dispensary.

Once the request for proposal was available, Macl's future began to go up in smoke.

"After Brian Pallister was speaking I was pretty excited about it, but once I got hold of the RFP my heart sunk," he said.

On Tuesday, Manitoba unveiled its plan to sell pot once cannabis becomes legal next July. The Manitoba Liquor and Lotteries Corp. will secure the supply of marijuana and track it in Manitoba, but private retail stores will be in charge of selling it.

The premier also announced that the province was taking applications from retailers to open one or more stores to sell pot, the process will remain open until Dec. 22, 2017. Applications have to meet a wide array of stipulations, including things such as distance from schools and protection of cannabis supply sources.

Macl said what wasn't promoted in Pallister's speech is how the business plan appears to push out any chance for mom-and-pop shops, instead focusing on larger players.

"The hybrid privatization is more like a hybrid monopolization," Macl said.

When asked about the concern from small businesses following question period on Wednesday, Growth, Enterprise and Trade Minister Blaine Pedersen initially appeared confused about the detail in the request for proposal.

He later clarified the province has taken a "phased-in approach" in order to capture the pot market across the province quickly.

"A single store is not going to be able to serve Manitoba," he said.

"We have a very tight timeline on this. If we are going to serve Manitoba, you are going to have a great deal of difficulty doing that with one store."

The minister said in the future the province may look at one-off stores and allowing smaller operators a license to sell weed, but in the meantime businesses will have to be able to cover a lot more of the province.

It will be too late to let the little businesses in, Macl said.

"If they get a license before me and open up a store right next door to me, where am I going to go if I get a license?" Macl asked.

"I have to be at least 30 minutes away from the next dispensary. It's not advantageous for the smaller business."

Macl is still going to respond to the RFP, like he responded to the expression of interest which closed in September, but he's not optimistic he has a chance. For now, he will keep selling supplies for people to grow their own marijuana, or smoke it.

Winnipeg-based producer Delta 9, the only producer licensed to sell medical cannabis in Manitoba, went public on the TSX Venture stock exchange last week, gearing up to expand production ahead of legalization. In the wake of Tuesday's announcement, its stock prices jumped up around 25 per cent in just over an hour.

The country's largest drugstore and grocery chain, Loblaws, has also shown interest in the business. In an email to CBC News, a company spokesperson said the company would be looking at the RFP.