A Portage la Prairie, Man., farmer is vowing to defy a court order to stay away from the Portage Diversion after he received reports of water spilling from the diversion onto his land. 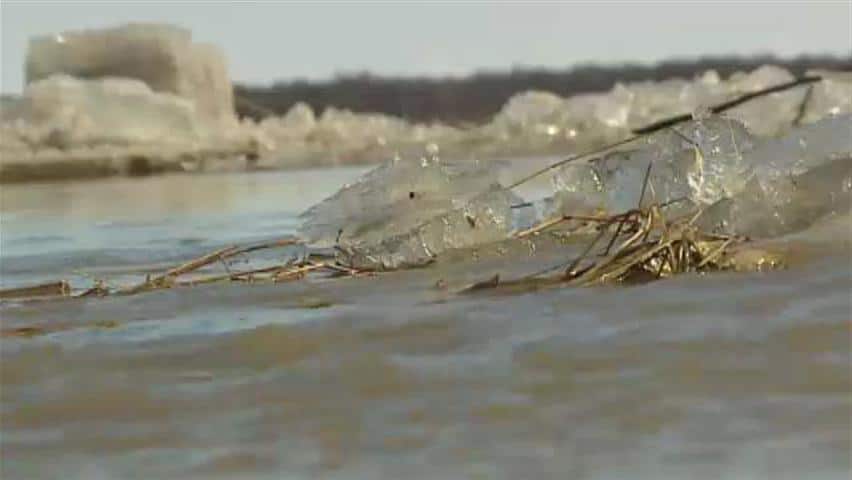 8 years ago
1:49
The Portage Diversion, which diverts flood water from the Assiniboine River, has burst one of its banks and sent water onto surrounding land. 1:49

A Portage la Prairie, Man., farmer is vowing to defy a court order to stay away from the Portage Diversion after he received reports of water spilling from the diversion onto his land.

Kevin Yuill told CBC News he is willing to break the law to see how much damage there is to his farmland on the west side of the diversion.

"I am prepared to do what we need to do to try and remedy the situation. This is totally ridiculous what this government is doing," he said.

Yuill was among the protesters who blocked the operation of the diversion earlier this week.

He said he first had reports of the breach Wednesday night.

By Thursday morning, Yuill said he could see water flowing over the land. He said it was about a third of a metre deep and 200 metres wide.

The province got a court order to remove the protesters. It remains in effect until May 7.

But Yuill said he isn't worried about getting arrested.

"This happens almost every year and it's extremely, extremely frustrating," he said.

Yuill's threat to break the law comes on the heels of new legislation introduced Wednesday to crack down on Manitobans who ignore evacuation orders or impede the operation of flood control structures.

The province confirmed on Thursday that the west bank of the Portage Diversion has breached.

Deputy transportation and infrastructure minister Doug McNeil said it happens every year, and that is why the province bought land west of the diversion again in 2011, bringing the total to 300 acres.

McNeil confirmed that this Crown land, near Yuill's property, is flooded.

The Assiniboine River east of the diversion is carrying 7,000 cfs, and ice jams are a major threat right now, McNeil added.

The province confirms that it is raising and lowering the gates on the diversion to create wave action in an effort to break up the ice.

Campground owner feared it was '2011 all over again'

Has Koria, who owns Winnipeg West KOA Campground near St. Francois Xavier, said he was worried when on Wednesday the river rose by more than a metre in just a few hours because of an ice jam near his site.

Koria said if it had gone much higher, his campground would have been flooded, as it was in 2011. He was relieved when suddenly, it all let loose.

"Thank God," he said. "Luckily, the ice broke and it started to move forward, and since then water has receded. But it has left big chunks of ice on our campground."

Koria said he hopes the province's strategy to break up the ice works, and prevents his property from flooding this spring.

"It's very unfortunate when these things happen," he said. "But we can't control Mother Nature. And we certainly are surprised that we are fighting another big flood. Three times in five years."

McNeil confirmed that Yuill's claim from 2011 is still outstanding and many flood victims feel they aren't getting enough compensation.

"I suppose that is always going to be the case," he said.

"We try to be fair when we are compensating, but we are also keepers of the public purse."