New residential housing was not allowed on these lands in order to limit residential noise complaints near James Armstrong Richardson International Airport, which fears encroaching residential construction could threaten its 24-hour operations.

The city's own planners sided with the airport.

The three members of the Assiniboia committee — Couns. Scott Gillingham (St. James), Kevin Klein (Charleswood-Tuxedo-Westwood) and Janice Lukes (Waverley West) — ultimately voted in favour of Cadillac Fairview and Shindico, partly because it's taken so long to amend airport area plans in the past.

"The city has to take more of a leadership role," Klein told the committee. "We cannot continue to pass these things off any longer."

Cadillac Fairview is in the midst of building up land around its shopping centres across Canada. The retail industry has been hit hard by online shopping, while there is a shortage of residential apartments in many urban areas, including Winnipeg.

In a submission to the city last fall, Cadillac Fairview described the Polo Park site as "underutilized" and stated "retail is close to saturation."

The City of Winnipeg contemplated residential development when it sold the former Canad Inns Stadium site to a partnership between Cadillac Fairview and Shindico Realty in 2012.

Justin Zarnowski, legal counsel for Shindico, said the complete residential buildout at Polo Park and on the former stadium site would be valued in the billions of dollars.

He said the development will attract young adults and empty nesters. 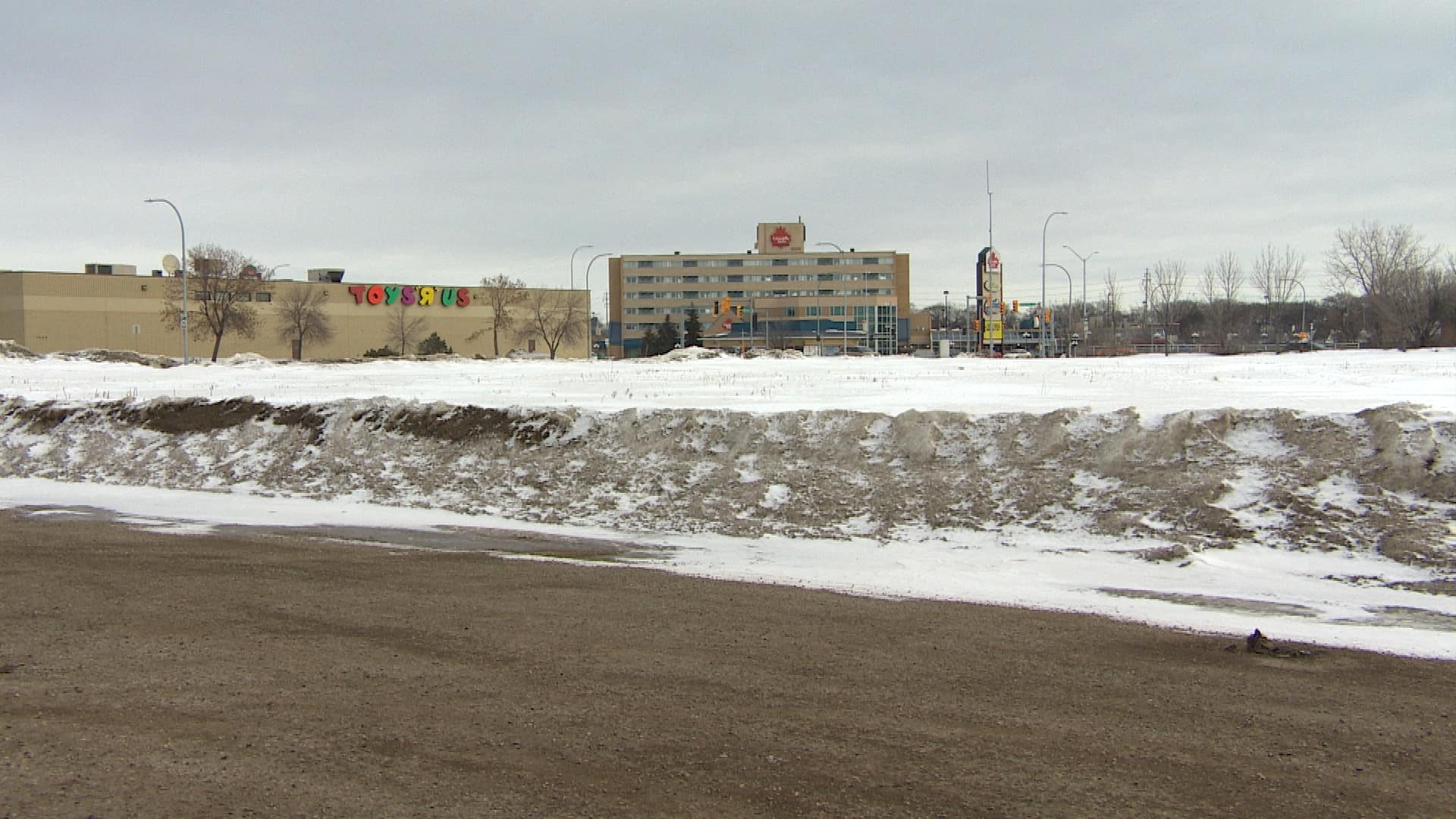 "It gives you a place to go. You can go shop. You can go to restaurants. It'll be an active community where there's a lot of people there — and people like to go where other people are," he said.

"It would be one of the best places to live in Winnipeg."

In a presentation before the committee on Tuesday, Cadillac Fairview development director Michael Peiser said Winnipeg is falling behind every other major city in Canada when it comes to urban densification around retail nodes.

Regine Weston, an engineering consultant hired by Cadillac Fairview, told the committee that airport takeoffs and landings are down even as the number of airport passengers increases, mainly because airlines have become more efficient at filling flights closer to their capacity.

Weston also said noise complaints at Richardson are down and most evening approaches to the airport come from the north, where there is little residential housing.

The airport has no imminent plan to add a runway, she added, claiming many airports far busier than Richardson — including Mumbai, London Gatwick and Geneva — have a similar runway configuration to that of Winnipeg.

Michelle Richard, a planning consultant working for Cadillac Fairview, said the urban densification that would result from Polo Park buildout aligns perfectly with the City of Winnipeg planning aims she helped draft when she worked for the city.

Independent planning consultant Ken Klassen, who has made dozens of appearances at city hall over the past 15 years — usually to oppose city council motions — also spoke in favour of Cadillac Fairview's plans.

"You're probably in shock, I am so strongly in support of this," he told the committee, eliciting a few chuckles.

In opposition to the plan, Winnipeg Airports Authority vice-president Tyler MacAfee told the committee the main reason Cadillac Fairview wants to develop residential housing is that retail stores have suffered from the growth of online shopping, whose on-demand deliveries are made possible by air cargo shipments.

"People start to move into the area and then they don't want to have the noise. We've seen it in Winnipeg where we built subdivisions close to rail lines and then people are complaining about the sound of the trains that are going by. So this is what happens," he said.

Barry Rempel, president and CEO of the Winnipeg Airports Authority, told the committee while he has no objection to residential development in the airport vicinity in theory, he is opposed to what he described as "spot amendments" to the Airport Vicinity Protection Area, rather than the development of a comprehensive airport area development plan.

Gillingham pointed out he tried to initiate a planning process with the airports authority for the area three years ago — and asked Rempel why the progress on such a plan as been so slow.

The WAA president said the airport is not the only player in the vicinity and is not responsible for developing such a plan, as many other property owners would be involved.

Richard said the time to develop a comprehensive airport-area plan has passed, opining it would not be fair to ask Cadillac Fairview and Shindico to wait six years, after they've already tried to work with the airports authority.

After the vote, Shindico's Zarnowski said he was pleased councillors voted for investment.

The WAA's MacAfee said he was surprised councillors ignored the city's own planners.

Cadillac Fairview's proposal now moves on to council's property committee, which can reverse the result. It also faces approval from council's executive policy committee and council as a whole.