The woman whose body was taken from a North End Winnipeg house on Monday has been identified by police as 41-year-old Marilyn Rose Munroe, who, according to a close friend, was a mother of four. 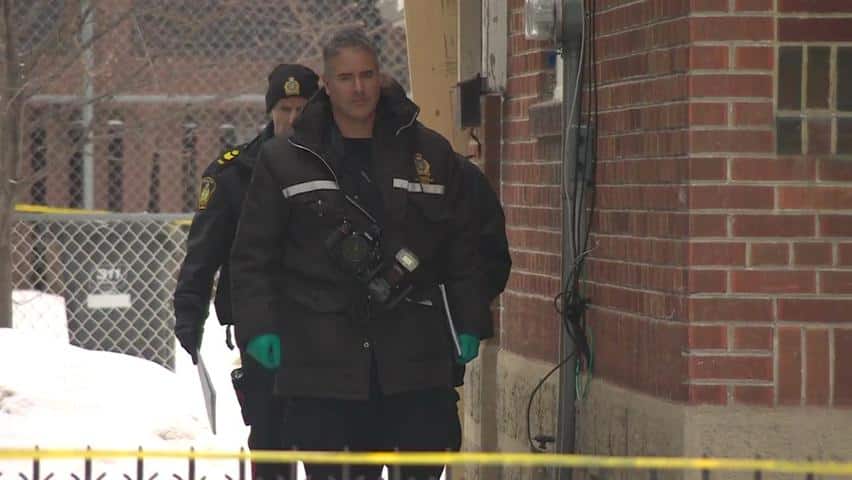 5 years agoVideo
1:53
The woman whose body was taken from a North End Winnipeg house on Monday has been identified by police as 41-year-old Marilyn Rose Munroe, who, according to a close friend, was a mother of four. 1:53

The woman whose body was taken from a North End Winnipeg house on Monday has been identified by police as 41-year-old Marilyn Rose Munroe, who, according to a close friend, was a mother of four.

The police have deemed her death a homicide but have not yet said how she died.

Emergency crews were called to the 1½-storey brick home at 298 Pritchard Ave., just off the corner of Charles Street, at about 10:40 a.m. Monday. A body was taken away on a stretcher in the early afternoon and police later said it was that of a woman.

Linda Munroe said she immediately started to worry about her cousin Marilyn after seeing a post online about a woman found dead in a home on Pritchard Monday. Marilyn hadn't been heard from for a while, Linda said.

"I had a feeling, but just like any family member would do, just [hoped] for the best," Linda said. "We hear about all these murdered and missing women in Winnipeg — we never thought it would ever happen to us."

The cousins grew up in Ontario but moved to Manitoba as teenagers, Linda said. The pair was so close they called each other sister cousins, she added.

"Who would want to hurt her? She was such an outgoing person that never wanted to hurt anyone," Linda said. "We always told each other we loved each other, we never said 'Bye.' We always said [we'd] see each other again. I'm going to miss her."

Neighbour Angela Shaefer told CBC news on Tuesday that she was friends with Munroe, who lived there with her boyfriend and another couple for about a year and a half.

Shafer said police had been called to the house on several occasions.

In early February, Munroe told Shaefer she was moving out. Shaefer never saw her again but grew worried when she saw police going in and out of the home on Monday.

"The worst, worst thing went through my mind that it was her. That … she did not go and stay with him. That something happened and she ended up at the bottom of the basement."

Police told her the body may have been there for a while, Shaefer said.

A notice posted on the front door, dated Feb. 12, asks the tenants to contact the property management company. Should the company not hear from anyone, it has the right to enter the home and pack things up, the notice states.

The home remained surrounded by yellow tape and guarded by police on Tuesday.

Jodi Albany, a friend of Munroe's, said she's reeling from the shock.

"Anyone can tell you — that knew her — she had a kind, loving, giving and forgiving heart.... Anything she had — even if it was just a little — she would give it to you if you were in need," she said.