A three-year agreement with Winnipeg Police Service to have 19 officers in schools should be scrapped because it will cause harm, the group Police-Free Schools says.

A community group in Winnipeg is calling on school divisions to remove police officers from public schools in the city.

Police-Free Schools, which says it's made up of a dozen community members, students, parents, educators and teachers, recently launched a campaign calling on people to submit their stories and experiences with police officers in schools, known as school resource officers (SROs).

"We believe that police in schools are actively criminalizing marginalized students and are part of the school to prison pipeline that grows the carceral system," said one of the organizers, Cam Scott.

The group believes that having police officers in schools escalates incidents into the criminal justice system that would otherwise be classified as youthful misbehaviour.

Bonnie Emerson, inspector at the Winnipeg Police Service's community support division, said the intent of the program is not to marginalize youth, but to keep them in school.

"Just by the very nature of the SROs in the schools, we're able to divert them out of the justice system. This is about positive outcomes for the students and their families, the social determinants of health," Emerson said at a press conference on Thursday afternoon.

"We know that if we can keep them out of our justice system...keep them in school, it's going to have a positive effect for everybody and that's what we want," she said.

Scott said the money spent on paying SROs can be better spent on other resources, such as counsellors and support workers.

"Administrators often describe the SRO in positive terms, as though they were an extra support worker, but … why not hire someone who's trained to fill this role and someone who doesn't have a gun?" he said.

Since the group launched its campaign on Thursday, its members have received 15 stories that they say raise concerns about the behaviours and roles of school resource officers.

Scott said they include witness accounts of violence acted on students, such as an instance when a student was handcuffed and thrown on the hood of a car.

"Some of the stories are very direct escalations, which are very disturbing to read," Scott said.

Most of the other stories came from teachers' observations on the unseen impact of policing, he said. The teachers who shared their stories wanted to remain anonymous, because they feared repercussions from their employers, he said.

The group was inspired by school boards in Edmonton, Vancouver and Toronto, some of which have voted to end or re-evaluate the school resource officer program, Scott said.

The report also outlines the total cost of the SRO program: $1.3 million this year and $2.6 million in 2021. The officers' salaries are funded by the province and school divisions, while the Winnipeg Police Service is responsible for in-kind contributions such as cruiser cars, gas, insurance, uniforms, supervision and training.

City council is expected to vote on the motion on Sept. 30, but Brian O'Leary, superintendent of the Seven Oaks School Division, said his school division has already renewed the three-year contract for its three SROs and the officers are in the school hallways working.

"Our feedback from schools when we were considering renewal of the contract was that the service was outstanding, that it was making a huge difference and [we heard] nothing but positives," he said.

The school resource officers have had thousands of interactions with students and the community over the past years and they don't deter students from coming to school, O'Leary said.

"We don't see kids staying away from school because there might be a police officer in attendance," he said. "They're not standing at the doorway of every school."

When it comes to SROs being armed, O'Leary said that issue can be re-examined.

"We've never had an incident where officers are drawing their guns," he said. "It hasn't been an issue. Is it something that we should take a look at? Maybe."

Police-Free Schools has sent letters to school board trustees and city councillors, asking them to vote against the three-year renewal of the agreement with Winnipeg Police Service.

"We see this as a public relations and outreach campaign by the Winnipeg police, paid for it in large part by the school budget with no clear benefit to students," Scott said.

"The public schools shouldn't be a tool for police to access marginalized communities that they actively harm."

CBC asked the six school divisions in Winnipeg to provide the number of complaints they've received about police in schools, and how they plan to respond to the letter from Police-Free Schools.

The Winnipeg School Division said it is aware of the letters sent and hadn't had an opportunity to discuss the issue yet. Louis Riel said the issue will be reviewed at a meeting on Oct. 6. Pembina Trails said its board plans to review the issue, but overall, the general response from parents has been positive.

River East Transcona and St. James-Assiniboia school divisions did not respond to CBC by publication time.

Seven Oaks School Division said it will not reconsider terminating the three-year contract with the Winnipeg Police Service that it just renewed. 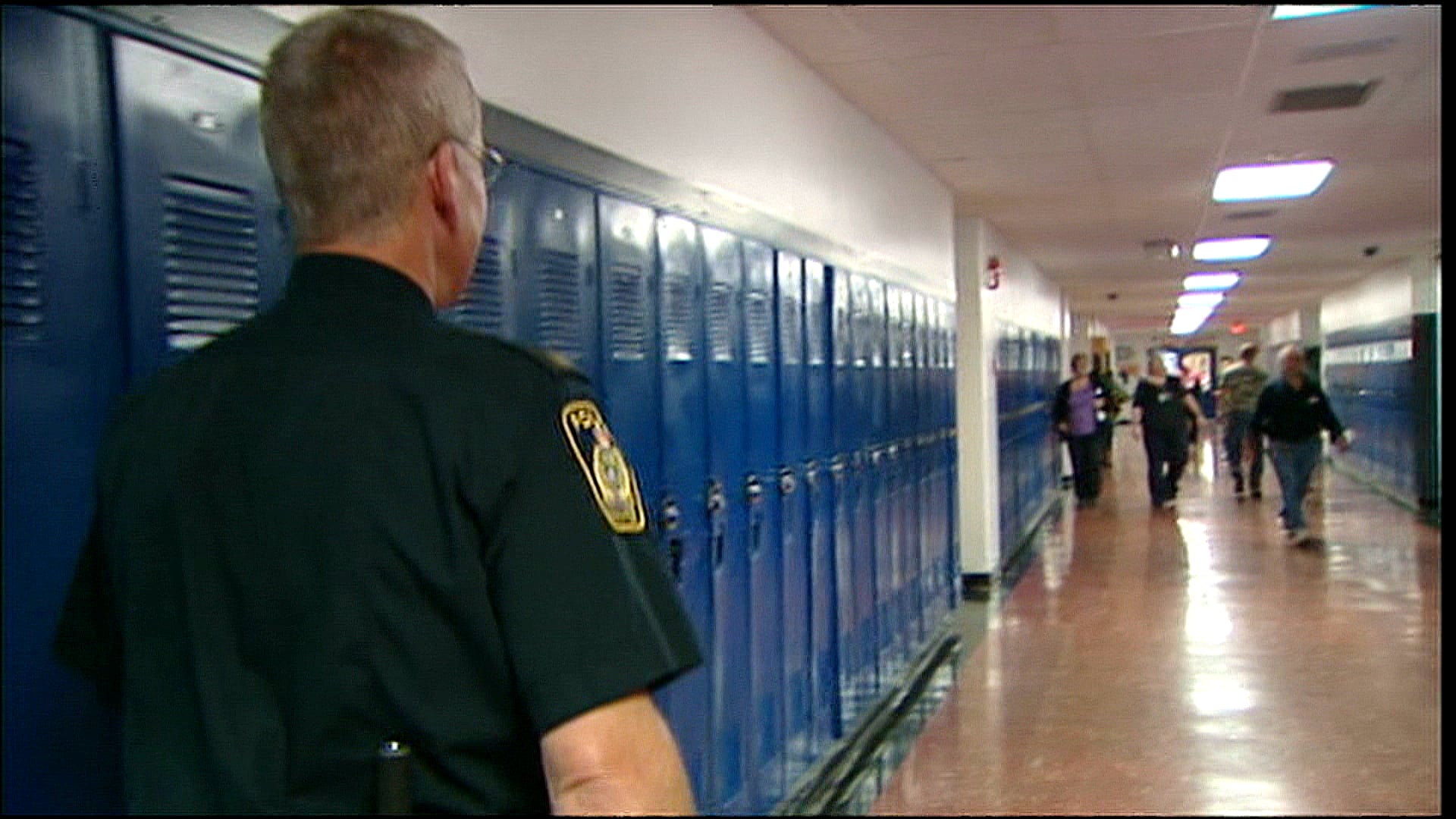 3 months agoVideo
1:59
A community group in Winnipeg is calling on school divisions to remove police officers from public schools in the city. 1:59

With files from Jessica Piché