Winnipeg's incoming police chief says he is surprised by the strong public reaction to statements he made about prayer to a Christian publication. 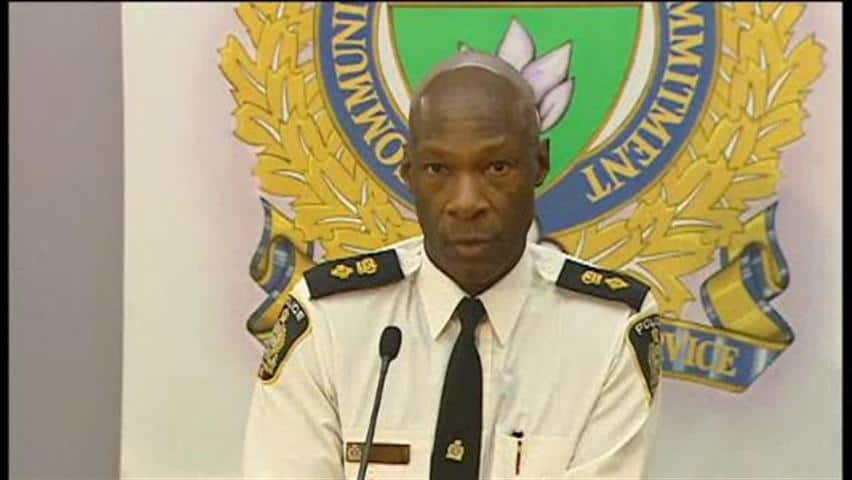 8 years ago
1:54
Winnipeggers react to comments by Devon Clunis, the city's incoming police chief, about how prayer could help address the city's crime problem. 1:54

Winnipeg's incoming police chief says he is surprised by the strong public reaction to statements he made about prayer to a Christian publication.

Acting police Chief Devon Clunis is quoted in Christian Week newspaper as calling on Winnipeggers of all faiths to pray as a way to reduce crime.

He said he would like Winnipeggers of all faiths to pray for a better and safer city, as he believes people often find inspiration in prayer to take action and help one another.

In a follow-up interview with CBC News on Tuesday, Clunis reiterated those comments, saying, "I think if we have a community that's consistently praying for one another, hopefully we'll now see the physical reduction of crime and violence in our city.

The reaction from the public was strong, with many supporting his views but many others saying there's no place for religious views in the public service.

Clunis, a 25-year veteran of the Winnipeg Police Service, who is also a chaplain with the force, said on Wednesday that he is stunned by some of the anger and criticism from people.

Comments on media websites suggest he keep his views to himself and that he might not have what it takes to lead the force.

On CBC's The Current on Wednesday, Clunis said he wanted to set the record straight.

He said he didn't just ask for prayer, but for action. He said he absolutely recognizes the root causes of crime need to be addressed, to bring down the level and severity of violence in the city.

But he still believes that treating people with kindness, as in prayer, can help.

"I do believe that will make a difference in our city — backing it up with action [with] all of us being better engaged in terms of creating a safer environment for all citizens of Winnipeg," Clunis said.

"I really want people to focus on the entire message."