When the province's top nurse read a plea from the partner of a health-care worker asking the public to stay home to protect family members working the frontlines during the pandemic, Chris Marshall said he finally felt like someone understood him.

When Manitoba's top nurse read Chris Marshall's plea for people to just stay home, he felt like someone finally understood him.

"The majority of us are able ... to just go home and stay home," said Marshall, whose wife, Erin, is an occupational health nurse he fears for each day as she heads to work.

"Health-care workers and essential services, they don't get that. They go into it, they don't step away from it."

Marshall wrote the open letter that Shared Health chief nursing officer Lanette Siragusa read to Manitobans on Thursday during the province's daily news briefing about COVID-19, which has so far sickened more than 200 people in the province, killing two, amid a global pandemic.

"The true reality of what's happened elsewhere is starting to be felt here in Manitoba and we know everything about this is hard, and not just on the workers themselves, but on their loved ones," Siragusa said before reading part of Marshall's letter, which confesses that he's asked his wife to stay home from work so she can be safe.

WATCH | Chris Marshall reads his letter about his wife, a front-line worker: 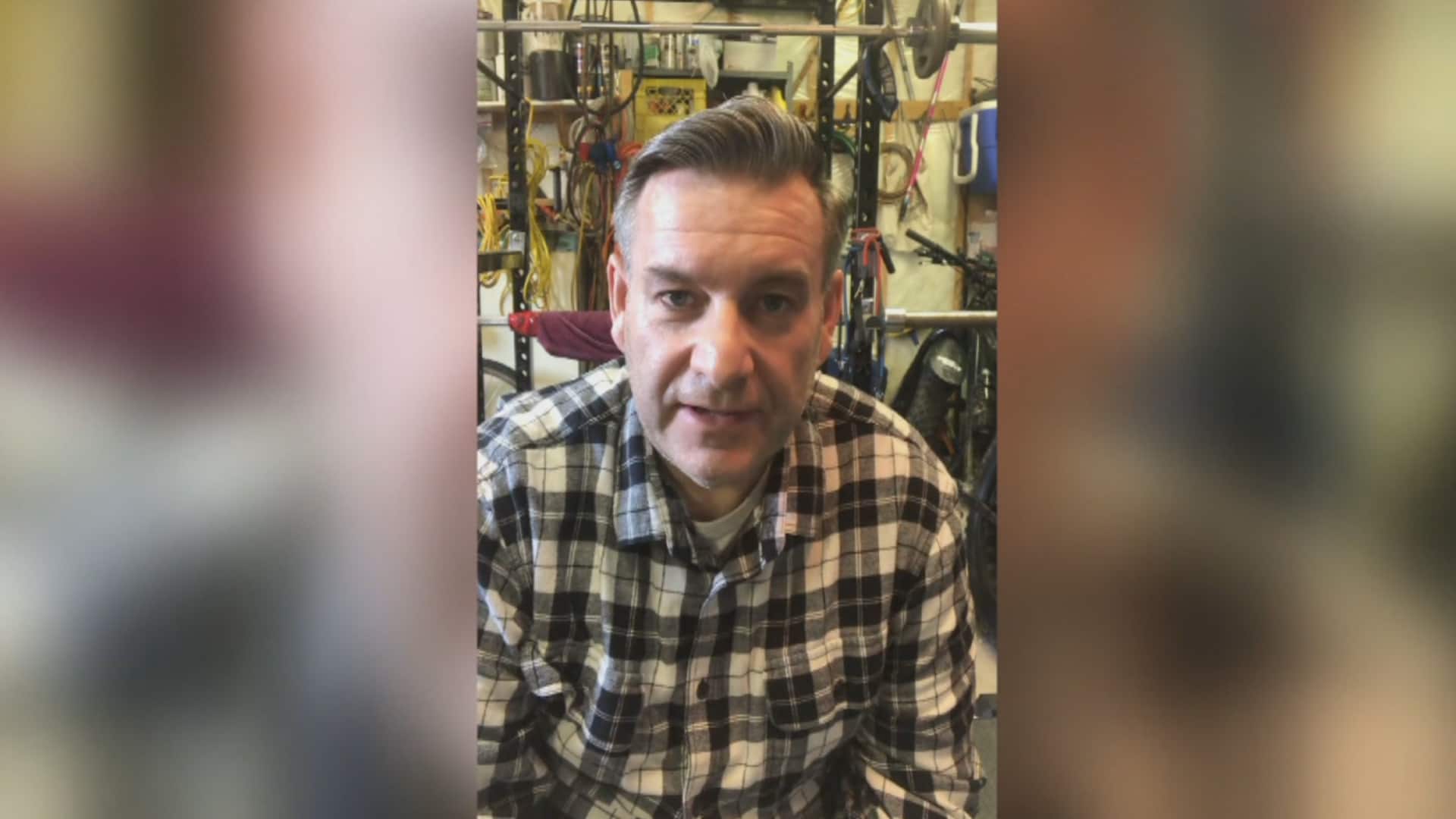 11 months ago
5:26
Chris Marshall pleads for people to stay home to protect health-care workers, like his wife Erin. 5:26

Marshall wrote the letter in hopes of changing people's hearts, minds and behaviours to limit the risk of exposure his wife has to face at work.

It seems like no matter how often public health officials repeat the plea for people to stay home, and no matter how much he expresses his concerns in his circles, he keeps seeing and hearing about people gathering for coffee, wine or even football practice, he said.

"The virus can't move on its own. It needs a host," he said.

"We need to stop giving it hosts."

The Marshalls are looking forward to celebrating their 25th wedding anniversary together this summer. For more than half that time, Erin has worked in the health-care system.

It has become very difficult for him to watch his wife leave for work at St. Boniface Hospital.

"I know they do everything possible to keep them safe, but the virus is still there," he said.

"It's a nerve-wracking, anxious, scary time for everybody. It's a proud time, as well."

Because his wife could be exposed to contagions as she cares for her patients, they take strict precautions at home.

"We are very upset and very hurt by the way our family has to live," Marshall said.

Their three daughters, who are all in their 20s, are not allowed to visit the family home, but they understand why.

"I feel for the health-care workers and the front-line people that have young kids who may not understand why they can't hug mom as soon as she comes home or hug dad," Marshall said.

The Marshalls even maintain physical distancing between themselves.

"We don't touch," at least not affectionately or without disinfecting, he said.

When his wife gets home, she immediately washes her hands and changes out of her scrubs. When they work out in the garage, they stay on opposite sides of the gym, then prepare dinner an arm's length apart before sitting at the table across from each other.

'This is who she is'

He doesn't want his wife to go to work anymore.

"Would I change it? I would. Would she change it? No, she wouldn't because she is dedicated to her job," he said.

"To ask her to do anything else would be wrong. This is who she is."

Marshall wonders how much harder people like his wife will have to work and how many more will end up at risk before everyone takes physical distancing measures seriously.

"I'm starting to not understand why people are putting themselves ahead of everybody else," he said.

"All of these people go to work every day knowing there is a huge risk. If they weren't there every day, where would you go if you were this sick?" 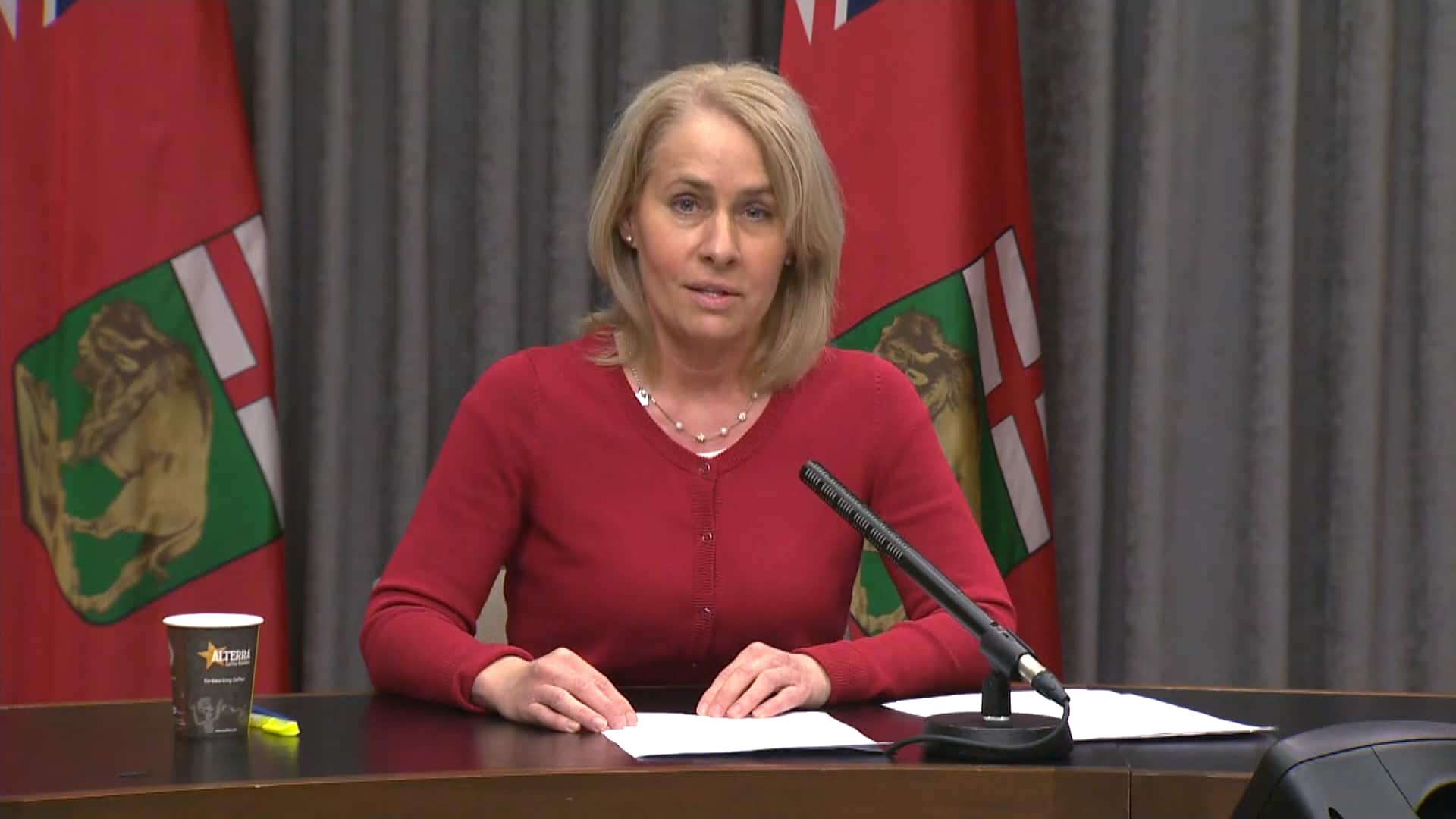 11 months ago
1:34
Manitoba's chief nursing officer, Lanette Siragusa, reads a letter from the spouse of a health-care worker Thursday about sacrifices made by front-line staff. 1:34

With files from Aviva Jacob