A Winnipeg business owner is fighting with her phone provider after getting a bill that totals more than $61,000 — for calls she says she didn't make.

Nadine Speirs got 433-page bill last week, which is due by Friday; Bell MTS has offered to cut it to $17K

A Winnipeg business owner is fighting with her phone provider after getting a bill that totals more than $61,000 — for calls she says she didn't make.

"I'd have to shut down my business before I could pay that, and nor do I think I should," said Nadine Speirs, who has owned Metal Depot Ltd. for the past 12 years.

Since CBC first reported this story on Thursday morning, Speirs says Bell MTS has contacted and offered to reduce the bill — to $17,000.

The problems began in late April, when Speirs says she was contacted by Bell MTS to tell her the landline at her shop in the St. Boniface Industrial Park had recorded some suspicious activity, and that her monthly bill was around $21,000. There were several calls to Cuba on the record, and the amount was due to long-distance charges.

Speirs said she paid a $145 fee for a Bell MTS technician to come to her business and fix the issue and assumed it was resolved.

Two weeks later, Speirs said she got another phone call, mentioning that there was more suspicious activity on her landline. This time, the records showed several phone calls to the Philippines. She said Bell MTS sent a technician to fix the issue once again, this time at no cost.

"The fact that someone actually printed this out and put it in a box and sent it to me is someone's really warped sense of humour," she said.

"I was trying to be pragmatic about it because obviously it's illogical. A reasonable person couldn't look at this and think that a person is sitting making [these] phone calls."

Speirs says she's adamant that no one at her business would have made those calls, and that it must have been a technology issue or a hack into her phone system.

She says Bell MTS told her it's possible hackers got into her phone lines using her voicemail system, and that it was important for her to change her password every week.

When contacted by CBC on Wednesday, Bell MTS said they were looking into the bill, and would contact the customer.

Speirs says a customer service representative at the company contacted her on Thursday, after CBC's story on the bill was initially published. The representative told her Bell MTS would remove the charges for all the calls to the Philippines and would reduce the Cuba charges, to leave an outstanding balance of just over $17,000.

"Still not acceptable," Speirs wrote in an email to CBC News.

Speirs has filed a billing dispute with the Commission for Complaints for Telecom-Television Services — an independent national body that works to resolve complaints like this for free.

The commission's CEO says this looks like it could be a case of long-distance toll fraud, or voicemail hacking — which involves fraudsters getting access to a person's phone line through their voicemail.

"Typically what we'll do is we'll require the service provider to reach out at an escalated level to the customer and see if they can reach an amicable resolution," said  Howard Maker, CEO of the CCTS.

"If they can't, then we will investigate the complaint."

Maker says virtually all telephone service providers have something in their terms of service that says the customer is responsible for securing the phone line and for calls that are made from the phone lines.

"In fairness, you know, most customers don't read the terms of service," he said.

"Obviously, customers should try and understand what the nature of their arrangement is with the provider. But … we don't dis-entitle them to be treated fairly and properly by their telco if they haven't read them."

Besides the bill, Speirs says she's upset with how Bell MTS handled the situation.

"If you're monitoring the system for suspicious activity and my bill is normally $200 a month, why wasn't there an alert at $1,500 when we could have stopped this?"

'Would have to mortgage my house to pay it'

Speirs is now getting a lawyer to look at her current phone plan contract with Bell MTS.

She says she's confident no matter what happens, she won't pay the bill as it is right now.

"I would have to mortgage my house to pay it. I'm really trying hard to stay calm about this because I can't believe there isn't another solution, and as a consumer that I'm so vulnerable that I could just get a bill and everybody just goes, 'sorry,'" she said Wednesday, before Bell MTS contacted her.

"I just keep thinking, OK, there's gonna be some resolve to this or some resolution to it. I just don't even know where to start." 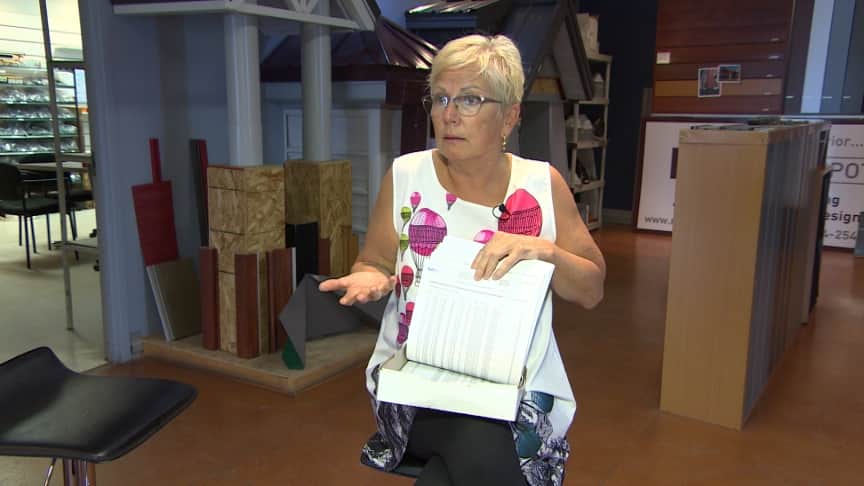