Two women who allege Canadian fashion executive Peter Nygard raped them when they were teenagers are suing Nygard's so-called "top girlfriend" and "recruiter," and the talent agent and agency representing her.

Two women who allege fashion executive Peter Nygard raped them when they were teenagers are suing Nygard's so-called "top girlfriend" and "recruiter," and the talent agent and agency representing her.

The accusations are made in two separate lawsuits filed in the U.S., in which the women allege the defendants conspired to provide Nygard "with a steady pool of victims."

The first lawsuit was filed in Miami by a Florida woman on Oct. 22. She claims Nygard raped her in 2010 when she was 18, and that Instagram model Suelyn Medeiros was partially to blame for allegedly luring her to the Bahamas.

The woman is seeking damages under the U.S. federal sex trafficking statute. Her identity is protected and she is only known as Jane Doe in court documents.

Jane Doe, who is now 29, alleges Medeiros had befriended her, then lured and coerced her to travel to Nygard's private compound in the Bahamas. Doe claims Medeiros then told her she was "required to have sex with Nygard." The allegations are outlined in the lawsuit.

"I can't breathe. I can't face the world because of that, because I feel like so much light and happiness was taken from me," Jane Doe said in an interview with CBC.

In 2010, when she was 18, she saw Medeiros in a Chris Brown music video and decided to send her a message via Twitter. To her surprise, Medeiros wrote back.

She said Medeiros followed her on Twitter and the two started talking. Then one day, the model invited the teen to a party she was hosting in Miami, according to the lawsuit.

After the party, Jane Doe said Medeiros asked if she wanted to come with her to a fashion designer friend's private island in the Bahamas for "a fun party weekend," the lawsuit said.

"She's like, 'we'll fly you over there and it's amazing. There's jet skis, parasailing ... it's a billionaire's private island.' I was like, 'Awesome. Hell, yeah.' Like, I was a kid and I'm like, this is how celebrities live and now I'm going to be like one," said Jane Doe.

Jane Doe said it wasn't until she got to the island that Medeiros told her why she was really there.

"Medeiros instructed Jane Doe that she was required to have sex with Nygard against Jane Doe's wishes, stating that she shouldn't worry because sex with Nygard 'wasn't that bad' and would be 'really fast and easy,'" alleges the lawsuit.

It goes on to say Nygard forced the 18-year-old into his bedroom, held her arms down and raped her. The next morning he allegedly handed Jane Doe $500 US as "payment," according to the lawsuit.

In August 2019, Medeiros visited Nygard at Falcon Lake, Man., "to do damage control, including concocting lies in which Nygard instructed Medeiros to falsely claim she was always with him for wide swaths of time so she could be his alibi," the lawsuit alleges, adding she flew to Winnipeg in June 2020 to "continue orchestrating the web of lies."

Medeiros has not filed a statement of defence. In an email to CBC News, her lawyers Jayne Weintraub and Jonathan Etra said, "Ms. Medeiros vehemently denies these false and salacious allegations and looks forward to the court dismissing these baseless claims."

The woman's identity is protected and she is only referred to as Jane Doe in court documents filed Nov. 12.

The lawsuit alleges in 2007, when she was 17, she was lured to New York from Canada under the guise she would become a model and actress, which was her dream.

Her first business meeting was with Baram in his apartment, where he told her about "a very important friend in the fashion business, Nygard," he could introduce her to.

The lawsuit alleges Baram said he first needed to send Nygard nude pictures of her and instructed her to take off her clothes "for an upcoming bikini photo shoot in the Bahamas."

"Baram sent the nude photographs to Nygard and, once Nygard approved, told Jane Doe that she was 'in luck' because Nygard wanted to 'meet her,'" said the lawsuit.

The lawsuit alleges Baram then took her to Nygard's penthouse in New York knowing she would be raped. The lawsuit claims Baram and Nygard employees gave the teen alcohol, that some of those drinks were spiked with drugs and she became unconscious.

"Jane Doe eventually awoke on her stomach with her dress pulled up over her waist and her underwear removed," the lawsuit alleges, adding Nygard raped her.

The lawsuit said when the encounter with Nygard and Jane Doe was over, Baram took her back to his apartment to sleep on his couch, but she woke up in the middle of the night to Baram groping her.

"Although Baram purports to run a talent agency for models and actresses, he is a 'self-proclaimed pimp,'" the lawsuit said. Included in the lawsuit is an image Baram posted to his Myspace page, captioned "Hebrew pimp."

The lawsuit goes on to say one of Baram's "main female model clients, Suelyn Medeiros is a long-time former 'girlfriend' and sex worker of Nygard."

"I deny all of these evil and unproven accusations against me in this civil law suit," said Jonathan Baram in an email to CBC News, who said unlike in criminal cases, the burden of proof is low to file a civil complaint.

Baram said he has no association with Nygard and only met him three times in 2007 in the Bahamas — twice during major magazine shoots, and once when Nygard flew him and two models to the Bahamas to attend his birthday party.

"My adversaries are an upstart law firm just trying to get publicity going after Peter Nygard," said Baram in an email. "If this was serious I would have been arrested for these horrible accusations."

Nygard's New York penthouse apartment named in the lawsuit was above the Nygard company headquarters on the sixth floor. Nygard received a City of New York citation in 2013 for illegally converting that part of the building into a private residence with a jacuzzi and disco room, according to the lawsuit.

'It's about accountability': lawyer

This isn't the first time allegations have been made about co-conspirators and recruiters.

Fifty-seven women filed a class action lawsuit against Nygard in New York claiming he sexually assaulted them — in some cases going back as far as 1977.

The lawsuit named a number of upper-level Nygard company executives, officers and directors who are accused of enabling the sex assaults.

"The rape, sexual assault, sexual battery, molestation and sex trafficking of many of Nygard's victims occurred on company property and was facilitated and enabled by, among others, employees of the Nygard Companies," said an amended complaint filed in the class action in June.

The class action was put on hold in August when a judge presiding over the case in the Southern District of New York entered a stay of proceedings, court records show.

WATCH | Peter Nygard at one of his parties at his California home in a video posted to Facebook in 2018: 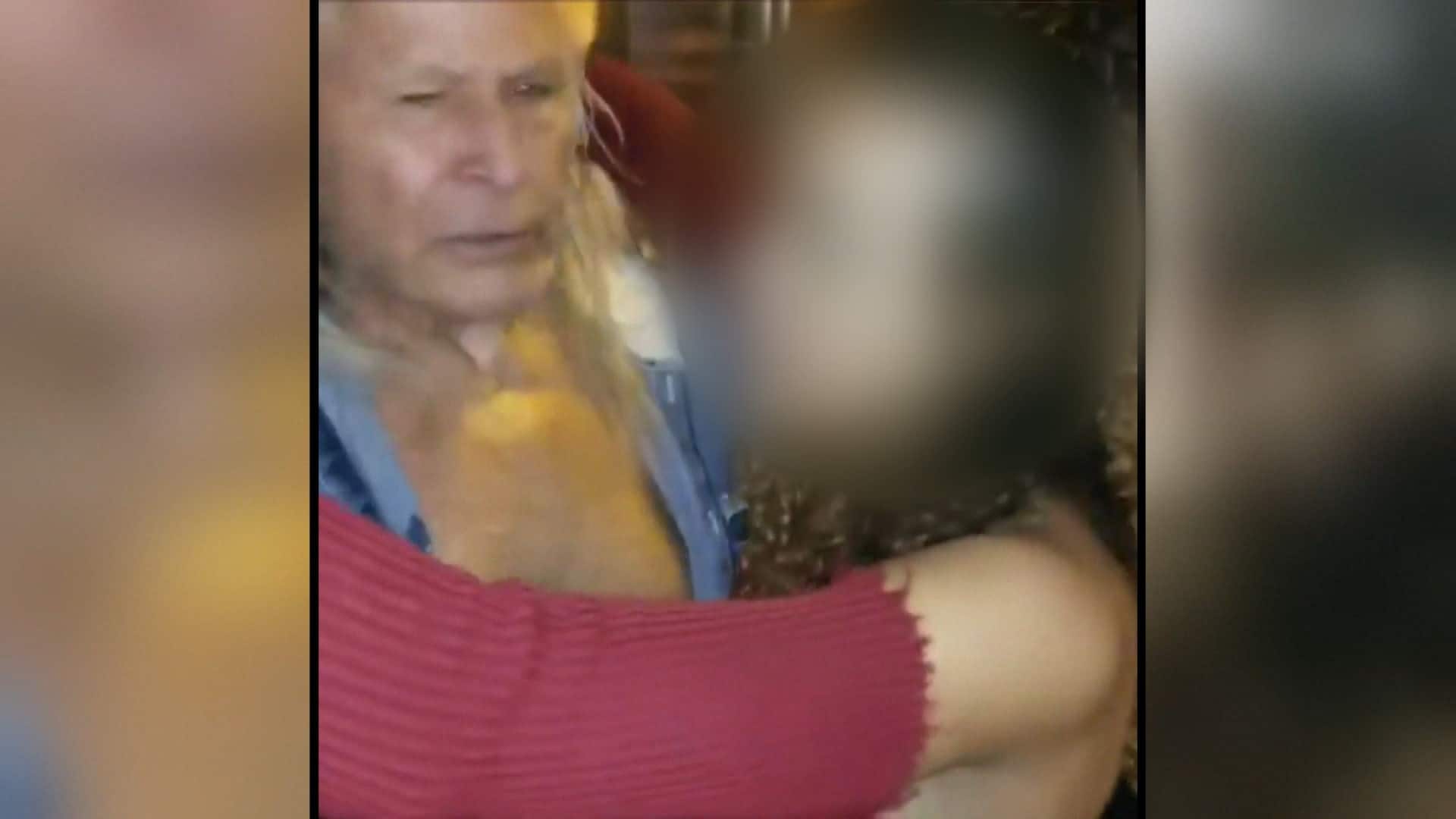 6 months ago
0:11
A class-action lawsuit filed on behalf of 57 women accuses Nygard of sexual assault at these events. The lawsuit alleges he lured underage girls and women to the parties by promising them, among other things, lucrative modelling opportunities. 0:11

"It's about accountability," said New York lawyer Greg Gutzler, who represents the women in the class action, and the Jane Doe lawsuits.

He said the fashion designer could not have reached so many women and girls on his own, and those who helped him should be punished for their role.

"It was done by a very complex web of accomplices and co-conspirators, people that were absolutely on the front end, grooming, luring, enticing people — on the back end that were making hush payments, intimidating people," he said.

Although none of the allegations have been proven in court, Toronto therapist and social worker Shannon Moroney believes the two women — she is counselling them and 23 other alleged Nygard victims.

"They're still asking themselves was it something that I did?... and all I can tell them over and over again is Peter Nygard and all those close conspirators are predators," said Moroney.

She said co-conspirators are just as responsible for what happens to victims and the only way they will get the message is if the courts hold them accountable.