A former Winnipeg fashion icon is making bold claims about finding a modern-day fountain of youth. 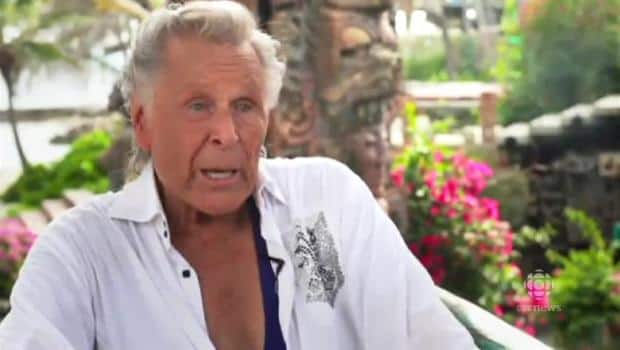 A former Winnipeg fashion icon is making bold claims about finding a modern-day fountain of youth.

Peter Nygard is featured in a YouTube video claiming stem cell technology being developed in the Bahamas is making him look and feel younger.

The 70-year-old designer moved from Winnipeg to the Bahamas several years ago where he launched a biotech company and hired four scientists to do work on stem cell technology.

He also lobbied the local government to create legislation that would further his research.

“Look at my before and after pictures,” he says in the video. “I’ve gone from anti-aging to reverse aging.”

According to Nygard, his doctors made a scientific breakthrough and turned his skin cells into embryonic stem cells.

“From the woman’s egg, we took out her DNA, put my old 70-year-old DNA in its place [and] grew it in vitro,” he says in the video. “I may be the only person in the world who has my own embryonic stem cells growing in a petri dish.”

Then, Nygard makes his boldest claim.

“This is huge. This is a game changer. This could eliminate all disease. This perhaps is immortality,” he says.

But University of Manitoba ethics professor Arthur Schafer has his doubts. He has been following stem cell research since scientists first cloned a sheep in the late 1990s.

“There is no magic stem cell cocktail that you can drink or inject into your arm that will make you look younger or healthier or that will help you live longer,” he said.

Schafer said there is an ethical debate around the use of stem cells as well.

He said he fears a day when the stem cell science becomes the sole domain of the wealthy to enhance their physical and mental abilities.

"The use of stem cell technology to create super men and wonder women has many people feeling uneasy," he said.

Schafer said despite his concerns, Nygard’s video could spark important debate on the ethics of using stem cells for a variety of purposes.