Canadian fashion mogul Peter Nygard appeared via video link at a bail hearing in Winnipeg Tuesday. The 79-year-old has been in custody since Dec. 14 awaiting extradition to the U.S. after allegations he sexually assaulted dozens of women and girls over a 25-year period.

Nygard is awaiting extradition, accused of sexually assaulting women and girls in Canada, the U.S. and Bahamas

Two former employees of Nygard companies told a Winnipeg court on Tuesday they're willing to put up hundreds of thousands of dollars as sureties for Peter Nygard, if the former fashion mogul is released on bail.

Greg Fenske, a former Nygard top executive, and Steve Mager, former director of construction for Nygard International, said they'd check in on Nygard daily and track comings and goings by motion-activated cameras, if the 79-year-old is released from custody pending an extradition hearing. 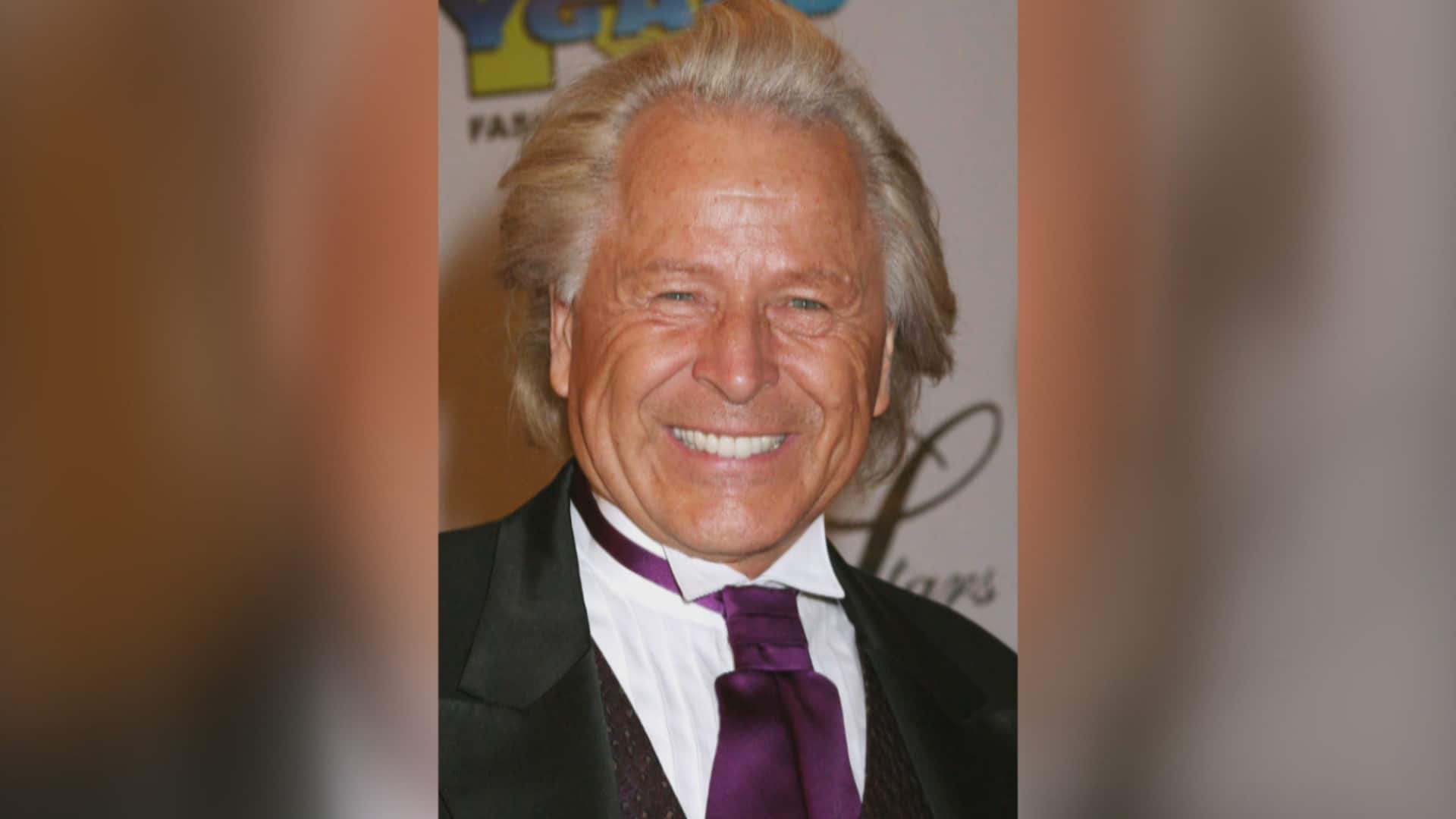 Peter Nygard argues for release from jail amid COVID-19 fears

1 month agoVideo
1:57
Two former employees of Nygard companies told a Winnipeg court on Tuesday they're willing to put up hundreds of thousands of dollars as sureties for Peter Nygard, if the former fashion mogul is released on bail. 1:57

"Before you this morning is a 79½ year old man — [a] frail man, almost 80 years old," said Jay Prober, one of Nygard's defence lawyers, who addressed the Manitoba Court of Queen's Bench via phone conference Tuesday morning.

"We will be arguing that keeping him in jail at these times of the COVID pandemic is nothing short of a death sentence and amounts to cruel and unusual punishment."

Tuesday was the first day of a two-day bail hearing for Nygard, who was arrested in Winnipeg on Dec. 14, 2020, and remains in custody awaiting extradition to the U.S. for allegations he sexually assaulted dozens of women and girls over a 25-year period.

Nygard appeared in court via video link from Headingley Correctional Centre, taking notes during proceedings. Prober told court the defence has a "rock-solid" bail plan, should his client be released.

Nygard could live in the same million-dollar home in Winnipeg's Royalwood neighbourhood where he lived for three months before his arrest, court heard. The house is owned by a numbered company Fenske formed last year to effect its purchase.

Fenske, who lost his job when several Nygard companies went into receivership in March 2020, said he would check in on Nygard daily and would be alerted if anyone arrives at or leaves the property by motion-activated cameras.

Fenske now acts a consultant to Nygard on receivership and pays himself $2,000 per week through his own numbered company. He has offered to put up $900,000 as part of his role as Nygard's surety to secure his release.

But Fenske said he didn't understand the court order applied to the emails he deleted, and knew they could later be recovered.

"I believe in Mr. Nygard's innocence," he said. "I believe that for a number of months, we were working towards a process that would see us be able to reacquire some of the assets of the company and formulate a business."

The bail hearing was originally scheduled for Jan. 6, but was moved to Jan. 19-20 after the lawyer for Canada's attorney general, Scott Farlinger, told court he needed more time to co-ordinate with his American counterparts and review material submitted by Nygard's defence, which Farlinger said came late.

The Crown attorney told court he plans to oppose Nygard's release on all grounds, and raised concerns about the defence plans for Nygard's release and the suitability of Fenske and Mager as sureties.

Mager, a former Hells Angels associate, said he would be willing to put up the $300,000 equity in his two homes to free the fashion designer. 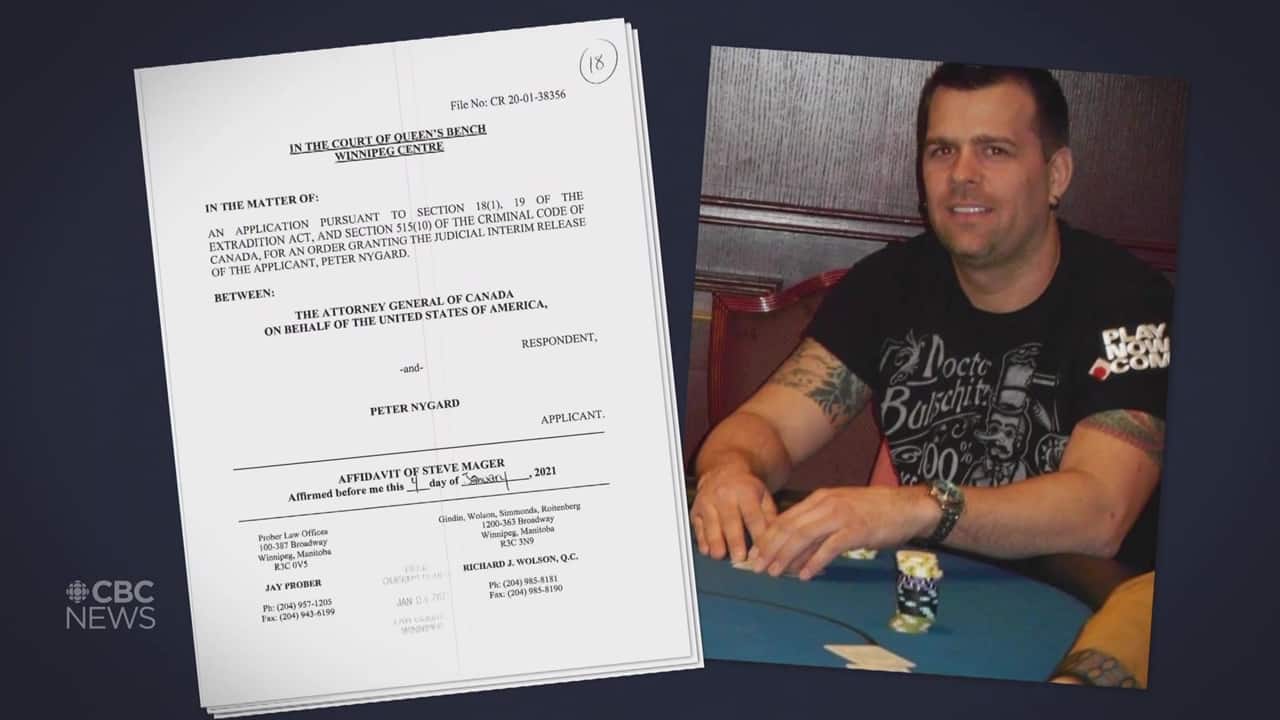 2 months agoVideo
2:03
A convicted drug dealer and former gang member is willing to put up $300,000 surety in order to help secure a release on bail for fashion mogul Peter Nygard. 2:03

Mager told court he met Nygard at a poker tournament years ago, and said in an affidavit Nygard gave him a "second chance" despite his criminal record. Mager earned $130,000 a year as the director of construction for Nygard International before the company went into receivership.

On Tuesday, court heard that if Nygard violated any orders on his bail, Mager could lose his house.

Farlinger suggested the house where Nygard would live was ultimately paid for by Nygard himself, through a company called Edson's.

Fenske told court multiple times he doesn't know who owns Edson's, and said that if Nygard is released, he wouldn't have access to personal funds.

Nygard was indicted by a U.S. grand jury last year. In the indictment, authorities alleged Nygard frequently targeted women and minor-aged girls who came from disadvantaged economic backgrounds and/or who had a history of abuse.

The indictment said he controlled his victims through threats, false promises of modelling opportunities and other career advancement, financial support and by other coercive means.

In an affidavit to support his bail application, Nygard said his health has deteriorated since his arrest and that he fears he will get COVID-19 in jail and die.

He said the food he's given in jail is mostly sugar and "white carbs," which Nygard said he quit eating 10 years ago. He said he became violently ill after having his first meal in custody.

A spokesperson for the Department of Justice Canada said U.S. authorities have until Feb. 12 to make a formal request for Nygard's extradition. Then Canada will have 30 days — until March 15 — to decide whether or not to issue an Authority to Proceed.

Nygard has always maintained his innocence and has accused the women of lying as part of a conspiracy to tarnish his reputation.

Aidan Geary is a journalist at CBC Manitoba. Connect with her at aidan.geary@cbc.ca.

With files from Karen Pauls and The Canadian Press