A damning external review into complaints by former and current employees has found "pervasive and systemic" racism and a toxic culture at the Canadian Museum for Human Rights — something the board chair and acting CEO is apologizing for and vowing to change.

A damning external review into complaints by former and current employees has found "pervasive and systemic" racism and a toxic culture at the Canadian Museum for Human Rights — something the board chair and acting CEO is apologizing for and vowing to change.

"The report is troubling. It's concerning. It exposes all of the worst things," Pauline Rafferty, the museum's board chair and acting CEO said in an interview Tuesday.

Rafferty is the former CEO of the Royal British Columbia Museum and took over operation of the CMHR after John Young stepped down as CEO in June.

The board is taking this as an opportunity to change policies, practices and processes and Rafferty promises to do it publicly, "in the most transparent way possible so that people can really see what we're doing and they can hold us accountable."

"We have to apologize unreservedly. People have been hurt," she said. "We have shown that we have not been a workplace that holds up to the ideals of the Canadian Museum for Human Rights." 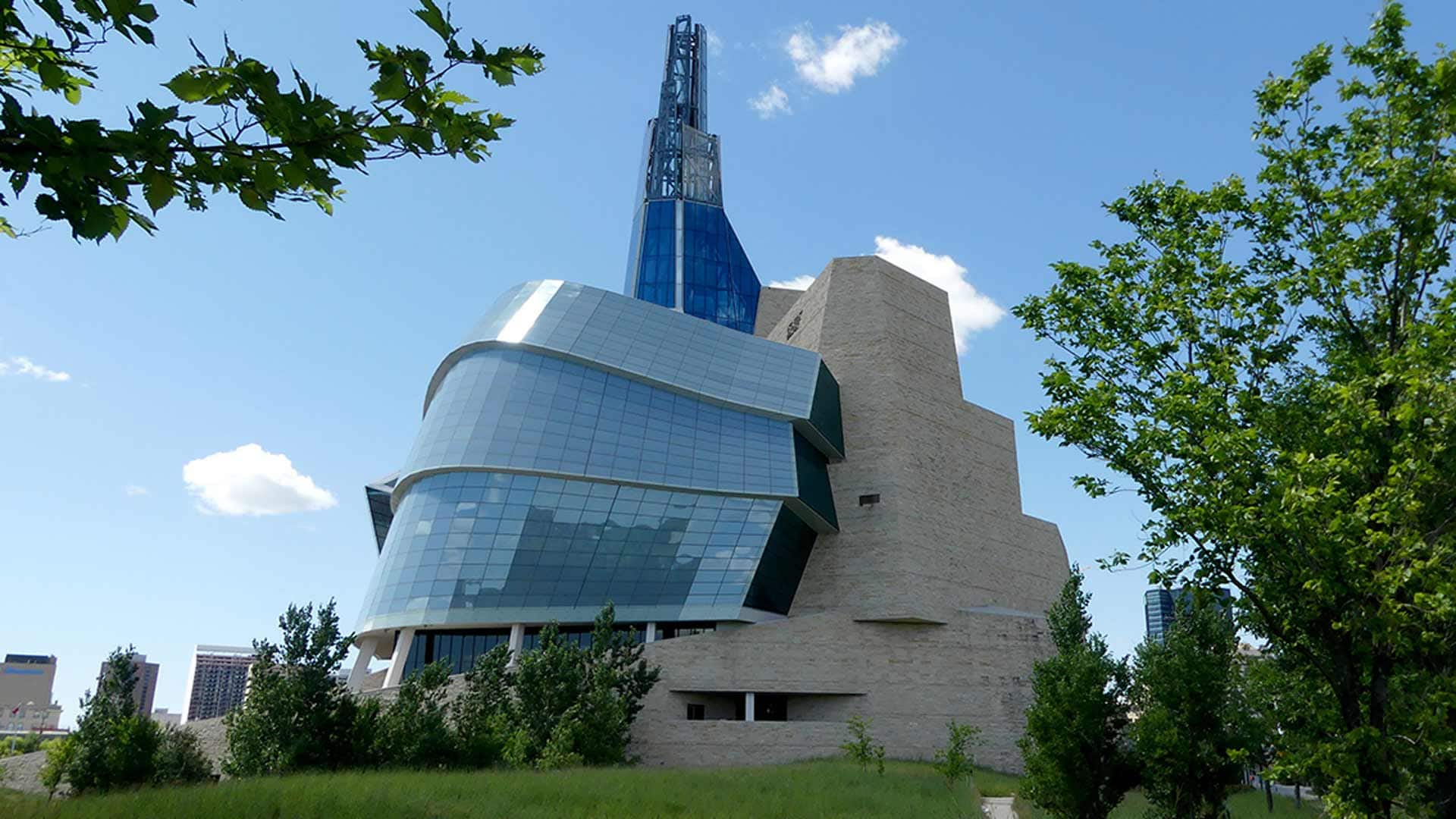 4 months agoVideo
2:01
An investigation into accusations of a toxic culture at the Canadian Museum for Human Rights found that racism, sexism and homophobia were pervasive. Museum officials have apologized and committed to changing the situation for employees. 2:01

Dozens of people came forward with allegations of racism, discrimination, homophobia and sexual harassment and assault, shortly after a peaceful protest in support of Black Lives Matter on June 5.

The rally ended at the CMHR, which posted photos and expressions of support on social media and positioned itself as an ally.

Subsequent stories reported exclusively by CBC News also exposed the museum's censorship of LGBTQ content at the request of religious school groups, VIPs and donors, as recently as 2017, and raised questions about sexual harassment complaints that were not taken seriously.

Then-CEO Young offered an apology — but "an apology which made no mention of racism whatsoever was offensive to many racialized people," says the Phase One report, written by Laurelle Harris, a Winnipeg mediator, arbitrator and lawyer with expertise in women's and Black studies.

Harris contrasted Young's initial statement with another apology he made after the CBC News stories aired, in which he said censoring gay content was a "profound betrayal."

"Racism within the Canadian Museum for Human rights is pervasive and systemic," Harris wrote.

The report gives examples of Black or Indigenous people who were passed over for jobs, despite being as qualified or more qualified than the white person eventually hired.

It takes the museum to task for not providing in-house training on anti-racism, anti-oppression, unconscious bias and cultural competency.

Some of the museum's content also comes under fire for a "pervasive denial of anti-Blackness in Canada." As well, the report says it is insulting to have Indigenous tours and programs provided by non-Indigenous people.

Harris noted that employees are frequently the target of racism and discrimination from visitors and VIPs, but they don't have the support of management.

She also looked at whether complaints of sexual harassment were properly investigated and followed up.

Harris made 44 recommendations for the federal government, the museum board and its management, ranging from training and hiring practices, to content and interactions with the public.

Rafferty said the board accepts the report and will implement five of the recommendations immediately:

The board has also committed at least $250,000, or one per cent of its budget, for training in anti-racism, unconscious bias, sexual harassment and cultural competency.

It will look at all remaining recommendations and review gaps in the museum content.

The board has already created a diversity and inclusion committee, headed by Julie Jai, a former member of the Human Rights Tribunal of Ontario and former legal counsel for the federal, Ontario and Yukon governments.

The committee's role is to champion diversity issues and ensure accountability on the part of the museum, Jai said in an interview from Whitehorse.

"We very much want to make sure that our mandate, which is to promote respect for human rights, is something that we do internally as well as externally. We are very sorry that we have failed in this regard and that we did not take the appropriate steps in the past. We apologize to our employees and resolve to do better in the future," she said.

Both Jai and Rafferty say they were unaware of what was going on at the museum and were shocked and surprised when the stories surfaced.

"We really needed to ask better questions in terms of what was happening within the organization and so that's what we're going to do from now on," Jai said.

After the museum opened, the board's focus was on building community and international relationships, but Rafferty said that should not have happened at the expense of employees and internal culture.

She was particularly shaken by the stories of content censorship — something antithetical to the promotion of human rights.

"It would be fair to say that a lot of self-reflection has gone into my role, into the role of the board and what we did not ask questions about," Rafferty said.

Thiane' Diop experienced anti-Black racism from other staff and visitors when she worked as a tour guide at the museum. She doesn't have a lot of hope the report will change anything.

"That trust is not going to come back on my end until I see a difference in behaviour and in the way that things are handled internally, because from what I'm hearing, even since we started the hashtag, the environment has become more hostile, not less."

Diop has been working with Julie White, a Métis Anishinaabe woman who learned sacred teachings from the elders and gave special presentations at the museum.

White believed in the mission of the museum and felt she had an important role in educating visitors. She believes her contract wasn't renewed because she refused to be a CMHR employee first, and an Indigenous person second.

Both White and Diop say they have not been contacted by the museum, even though their social media campaign prompted the external review.

"If they're planning on going forward and fixing all these problems without even having a conversation with us or having the space to include us in those conversations and to pay us for our time as well, then it shows that they're not really ready to take concrete action," White said.

"The least the museum could do is follow through with those 44 recommendations. It sounds like a lot but it's not. Coming from someone who's been in there and knows how much work actually has to be done."

Search on for new CEO

The federal government is currently searching for a new CEO to replace Young.

Now that she has a better understanding of how the museum is run, Rafferty said she intends to hold that person accountable to follow through on the report and its recommendation.

Phase Two of the external review will begin shortly, focusing on issues of inclusion and equity. 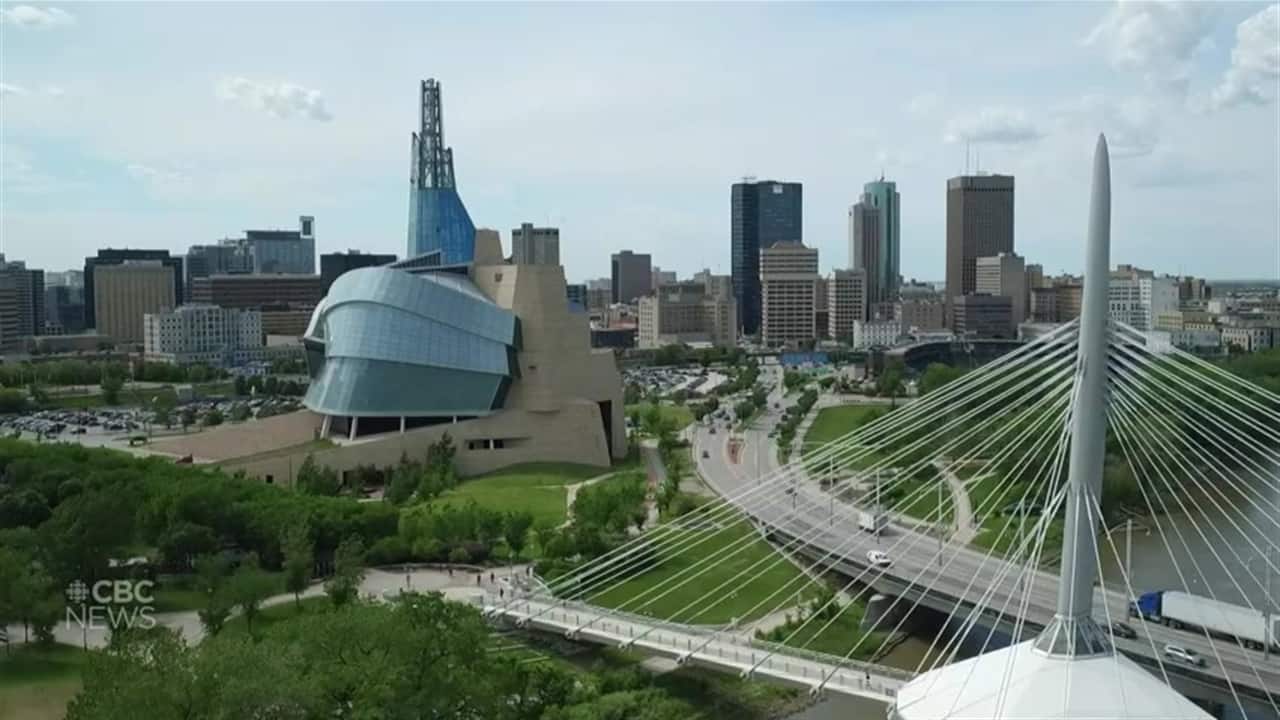 4 months agoVideo
2:37
A damning external review into complaints by former and current employees has found "pervasive and systemic" racism and a toxic culture at the Canadian Museum for Human Rights — something the board chair and acting CEO is apologizing for and vowing to change. 2:37
CBC's Journalistic Standards and Practices|About CBC News