An inspection in a Winnipeg nursing home found gross health violations including visibly soiled toilets, rooms uncleaned for weeks and staff poorly trained in how to disinfect surfaces, according to a report obtained by CBC.

An inspection of a Winnipeg nursing home found gross health violations, including dead skin clusters on bathtubs, visibly soiled toilets, rooms uncleaned for weeks and staff poorly trained in how to disinfect surfaces, according to a batch of reports from unannounced personal care home inspections obtained by CBC.

The 2016 surprise inspection at Golden Links Lodge is just one of 40 unannounced inspections of Winnipeg nursing homes conducted between 2015 and 2019 highlighted in the reports, obtained through freedom of information laws.

The release of the reports comes as nursing homes fall under intense scrutiny amidst the coronavirus pandemic, which has caused the death of thousands of long-term care residents in Canada.

It has also renewed calls from Manitoba's auditor general, concerned families and seniors advocates for the provincial government to begin publicly disclosing the results of these inspections.

"It's a scandal as far as I'm concerned, in terms of what families of a [personal care home] resident needs to know," said Victoria Lehman, whose mother died at Misericordia Place in Winnipeg earlier this year.

"You want to be assured that your family is safe and to not think that anything's being hidden."

In Manitoba, the death of one nursing home resident has been linked to COVID-19.

Health Canada estimated in late May that more than 80 per cent of the over 6,700 deaths across the country connected with the illness at that point could be linked to long-term care homes.

Victoria Lehman's mother, Verna Lehman, 96, died in January of this year. Victoria says her mother developed bedsores while living at Misericordia Place personal care home for the past few years.

Her mother, who was nonverbal, had been in agonizing pain for months, but Victoria couldn't figure out the cause.

It wasn't until her mother was admitted to Grace Hospital last fall that they discovered the bedsores. Victoria said they were so deep they went right to her bone.

"It was like a knife in the gut to find out in November that no one had reported her bedsores," Victoria said.

"My mom was clearly treated with neglect because she couldn't have developed those bedsores unknowingly. That's the only part of her body I couldn't see."

She says she spoke to her mother's nurses and to the nursing home's director of care, but never got any straight answers. They told her the bedsores came from when she was admitted to the hospital.

Victoria wasn't surprised by what she read in the reports.

A 2017 inspection at Misericordia Place revealed that required sign-offs to show a bathing facility has been disinfected were done only 40 per cent of the time during the month of the inspection.

It also found that the facility had given no direction to staff on how to get residents out of the building during an emergency, such as a flood or loss of heat.

"I was very disappointed, but not surprised. I saw much worse than what was on that report," Victoria said after reading it.

"And what good is it to inspect? If everything is ultimately put under the carpet or hidden, then that's ridiculous."

Misericordia Place is part of Misericordia Health Centre, which is funded by the Winnipeg Regional Health Authority.

In a prepared statement, WRHA spokesperson Paul Turenne said that skin care is an "essential component" of a resident's care plan. He said if a resident developed a bedsore, family members would be notified immediately.

Misercordia Place's director of communications said the issues found in the 2017 inspection were resolved and noted their most recent regular inspection is proactively posted online.

Reports made public in Ontario, B.C

The 47-page report on Golden Links Lodge, a non-profit, 88-bed nursing home in St. Vital, detailed a litany of problems with the nursing home and was never made public.

The unannounced inspections, done by a team made up of staff from the Winnipeg Regional Health Authority and Manitoba Health, act as followups to a nursing home's regular scheduled inspections, which occur at a minimum once every two years.

Unlike Ontario, British Columbia and Saskatchewan, inspection reports in Manitoba are not made public — something the CEO of a national seniors advocacy organization says needs to change immediately.

In other provinces, individuals can look up every nursing home in the province and know when the nursing home was last inspected, and the outcomes of the inspections.

Manitoba's inspections look at 26 different standards, including infection control programs, safety and security, staffing, and disaster management. A team of inspectors decide whether the standard is met, unmet or partially met.

Up to 14 hours without food or water: report

The Golden Links Lodge followup report was completed on Nov. 22, 2016, after multiple complaints were received by Manitoba Health. It met only six of the 26 standards.

The results raised alarms for inspectors, who noted there were a "multitude of infection control breaches … that greatly increase the residents' risk of contracting a flu or other communicable disease."

Representatives for the non-profit personal care home declined to comment about the 2016 report. An unannounced inspection in 2019 cited no issues with the home.

A spokesperson for Manitoba Health, which is responsible for licensing all nursing homes, said Golden Links Lodge took the needed steps to address the concerns following the 2016 reports.

"In subsequent unannounced and schedule standards reviews, this facility has continued to maintain a satisfactory level of performance," the spokesperson said in a prepared statement.

The 40 reports obtained by CBC for the 2015 to 2019 period only represent a fraction of the roughly 80 inspections that are done each year at the nearly 100 personal care homes in Manitoba. CBC has been attempting to obtain the reports since October.

These inspections can include regular inspections and surprise visits, or may occur if complaints have been raised about the care home.

Some of the inspection reports obtained by CBC, which involved 29 different homes — including some inspected more than once — showed few or no issues.

However, others showed serious cleaning deficiencies, including fecal stains on bedspreads, uncleaned toilets and a floor "filthy as though it had not been cleaned in months."

Dozens were found to not be following the proper procedures while using restraints.

A CBC investigation in 2013 highlighted the fact the inspection reports are not made public. 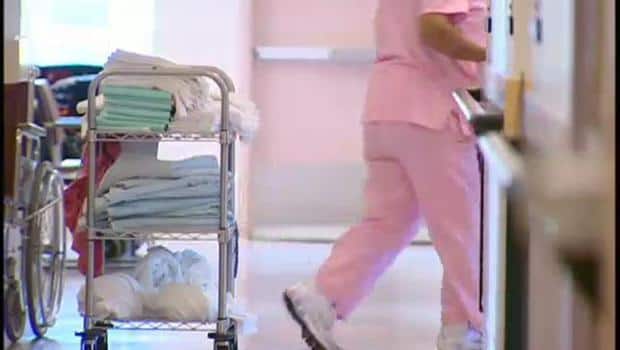 8 years ago
1:20
The Manitoba government does not make public the results of its personal care home inspections, the CBC News I-Team has found. 1:20

Theresa Oswald, who was the NDP government's health minister at that time, pledged to look at the issue, but no changes were made.

Current Health Minister Cameron Friesen, who was the Progressive Conservative health critic in 2013, chastised the government for not releasing the reports then.

"If this system is really about transparency and accountability, as [Oswald] says, then why is this information not reportable to Manitobans?" Friesen told CBC in 2013.

He declined an interview request for this story, but in a prepared statement said his government is working on some form of public reporting on nursing homes.

"Our government is currently working on a plan to provide publicly, regularly updated reports outlining inspections results in LTC [long-term care] homes," he said in the statement.

He did not offer further details or a timeline.

Attempts by CBC to obtain all inspection reports from the last five years through a freedom of information request resulted in a bill for over $8,000 from the Winnipeg Regional Health Authority.

Manitoba's auditor general has been calling for the release of these records for over a decade.

The auditor general first called for these inspections to be made public in 2009, following an audit of the personal care home program. It found there was no public disclosure of inspection reports or critical incidents.

"This limited the ability of both the legislature and the public to critically review PCH performance results," a 2009 report stated.

In response to the recommendation to make these reports more accessible to the public, the government wrote in 2009 it would "identify opportunities to report publicly on personal care homes."

"Good public performance reporting is fundamental for accountability to the legislature and the citizens of Manitoba," Shtykalo said in a written statement.

Malcolm Doupe, an associate professor in the department of community health sciences at the University of Manitoba, says residents and their families have the right to know what care they can expect to receive at a nursing home.

"We have a public, accountable health-care system," he said.

"It's there to provide care to an individual. And so people should have some knowledge about the type of care that they can expect to receive."

With files from Vera-Lynn Kubinec