Winnipeg Jets forward Patrik Laine has outlined his love for the City of Winnipeg, firing back at some San Jose Sharks players who slammed the city for being cold and dark. 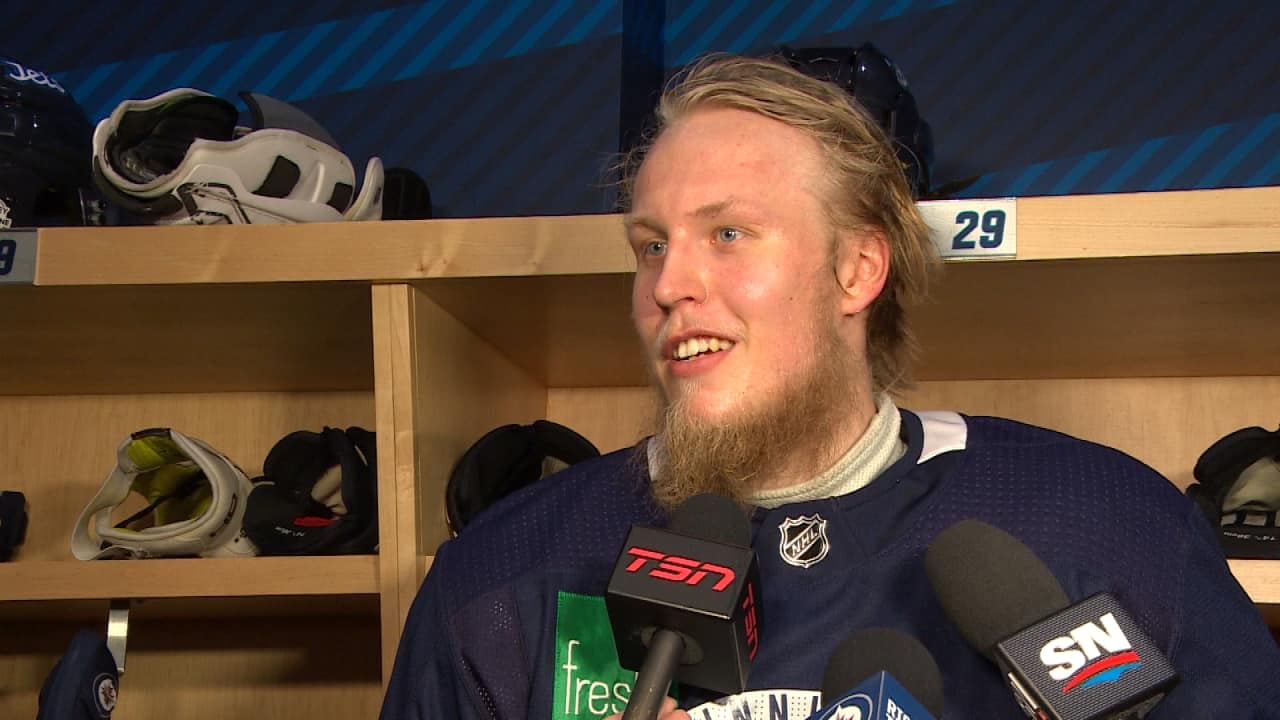 3 years ago
1:48
A Winnipeg Jets player is getting a lot of love online for an article about why he loves Winnipeg. Patrik Laine's article is a snap back at the now infamous video featuring some San Jose Sharks' players who dubbed Winnipeg the worst city to play in. 1:48

Patrik Laine is in love — with Winnipeg.

And the 19-year-old right winger says the city's Wi-Fi is pretty damn good too.

In an online piece posted on the Players' Tribune on Tuesday, Laine outlines his love for the Prairie city, but the relative newcomer to Winnipeg admits he didn't pen the article himself.

"The only [time] I do that is when I'm signing autographs," he said in the Jets' dressing room Tuesday.

Laine said he hadn't even seen the piece yet Tuesday morning when he spoke to reporters after practice. He sat down with the Tribune for an interview and they took care of putting the 1,600-word article together.

Laine wanted to set the record straight about the city after the now infamous Shark attack, in which San Jose players called Winnipeg the worst city to play in and complained about a lack of Wi-Fi.

Aside from destroying Winnipeg Jets forward Nikolaj Ehlers in Call of Duty, falling in love with the city has been the best thing that's happened to him, the article says.

"I mean, I heard some guys talking bad about the city and that Winnipeg was not a good place. What do they know? I love Winnipeg. This is my home," Laine says in the piece.

In the Shark attack video, which was posted on Twitter last month, San Jose sniper Tomas Hertl said he didn't like Winnipeg because "it's so cold and dark there."

Defenceman Tim Heed agreed that it's cold and his teammate Justin Braun joined in the criticism of the city, calling the Fairmont Hotel where he roomed questionable and wondering if the city even had Wi-Fi yet.

Hertl and Braun later said they regretted insulting Winnipeg and the negative attention they generated.

Admits he still lives with his mom

Laine's piece quickly generated traction online Tuesday with many people complimenting the rookie on his sense of humour. Some dubbed parts of it adorable, like his admission that he still lives with his mom.

"But, like, be honest … you would live with your mom if you could, too. Why would you want to cook your own food?" Laine says in the piece.

"I'm going to keep it going for luck. Maybe I will get some new Amish fans … but they don't have TVs, right," the piece says.

Laine said make no mistake, he really does love Winnipeg.

"I love this place and I think there's a lot of people who won't agree with me about that but [it] doesn't matter. I like it here, so that's the most important thing," Laine told reporters Tuesday.

What is it about the city the Finnish player loves so much?

"The fans are, I think, in my opinion the best in the league."

And for the record, forward Nikolaj Ehlers denied Laine's allegation he's destroying him in Call of Duty.