A post-doctoral student from the University of Manitoba says passport photos are essential to international students like her, and she's calling on the province to allow passport photo centres to operate under the current pandemic restrictions.

Saeideh Mirzaei has to renew her passport to extend her study permit, which she needs to get student stipend

A post-doctoral student from the University of Manitoba says passport photos are essential to international students like her, and she's calling on the province to allow passport photo centres to operate under the current pandemic restrictions.

Saeideh Mirzaei has been in Winnipeg pursuing studies in civil engineering since 2016.

Mirzaei said she's waiting to get her passport photos taken in order to renew her Iranian passport, which expires in April. Without that, she can't apply to extend her study permit in Canada and receive a student stipend.

"All our permits are based on our passport number," she said.

"It's going to be very hurtful to us, because our stipend is depending on our permit. This is very crucial for internationals."

Immigration, Refugees and Citizenship Canada said it can only issue a study permit that is valid until the expiration date of an applicant's passport. If an applicant does not have a valid passport from their country of origin, IRCC cannot issue them a study permit.

Under restrictions intended to slow the spread of COVID-19 that came into place in November — and were later extended into this month — businesses are prohibited from selling items or offering services considered "non-essential."

Those orders are set to expire Friday, but Manitoba's chief public health officer said on Monday it was too soon to say whether they'll be extended again.

The province said passport photos are not considered essential under those public health orders.

Mirzaei said it's not possible to take the passport photos required at home. To be used in a passport, the photos must not contain shadows, must be a certain size and must have a blank background.

Furthermore, they can't be printed on regular paper and must be stamped and verified by an official commercial photographer. 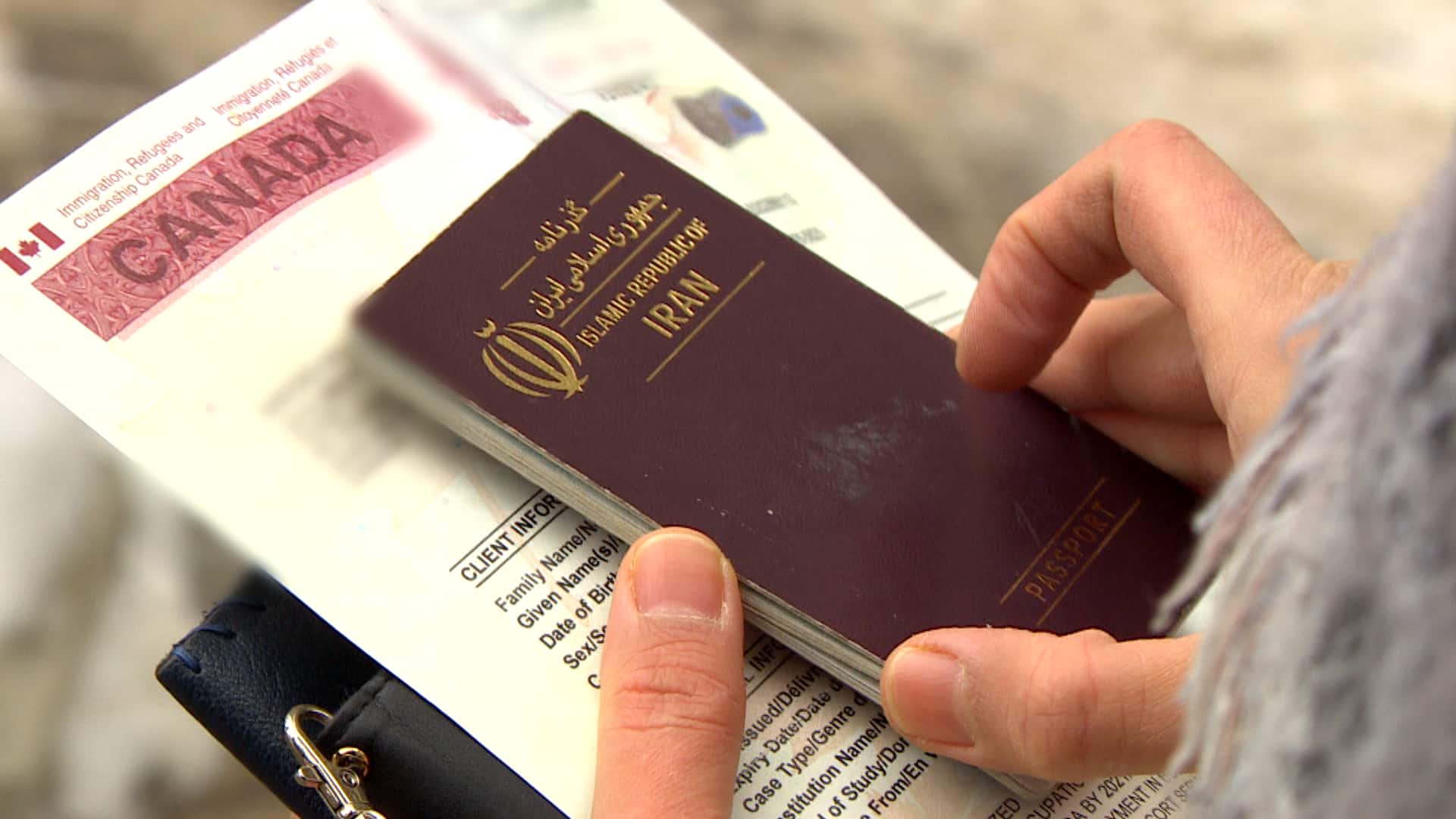 2 months ago
1:32
A postdoctoral student from the University of Manitoba is calling on the province to make passport photo centres an essential service and allow them to operate during the current public health orders. 1:32

"A passport photo is essential for us. It's not only me. I know this. Among [the] Iranian community, there are at least five or even more people who are struggling like me."

Mirzaei said the student stipend she relies on ranges between $18,000 to $22,000, and it's the income she uses to pay for rent and living expenses while studying full time.

"I don't have time to work, so we are basically living on these stipends," she said.

Mirzaei said in order to renew her passport, which expires on April 4, she has to send it to the Pakistan embassy in Washington (which also does administrative work for Iranians) to get her papers processed.

Mirzaei said the delays have created a lot of additional stress and pressure. She said she hopes the province will add passport photos to the list of essential services when new public health orders are announced on Friday.

"No one takes a passport photo for fun. It's not like a family picture. It's something that you do for your documents," she said.

"It's not only for traveling. I would say it's important for us to save our passports and stay in Canada."