Families are worried their loved ones are being neglected in Parkview Place and nurses are sounding the alarm about staffing shortages made worse by Manitoba’s deadliest COVID-19 outbreak.

Families are worried their loved ones are being neglected in Parkview Place and nurses are sounding the alarm about staffing shortages made worse by Manitoba's deadliest COVID-19 outbreak.

Bonnie Ross says her 76-year-old mother-in-law, who lives on the seventh floor of the long-term care home, is being left for hours, calling for help from her wheelchair while sitting in soiled undergarments.

She is concerned the number of staff isolating due to the COVID-19 outbreak means there are simply not enough workers to care for residents.

"According to my mother-in-law, there appears to be only one staff per shift per floor and there's at least 12 to 15 rooms per floor," said Ross.

"Our biggest concern is that she sits there 24/7, confined to her room, sometimes calling out for hours for someone to come and check on her."

The Manitoba Nurses Union says nurses are working well below baseline staffing, at times hovering around half their normal complement and are being mandated to work overtime at the private care home run by Revera, a multinational based out of Ontario.

The baseline staffing at the for-profit care home is nine nurses and 24 health care aides, according to a December 2019 memo obtained by CBC News that predates the pandemic.

Health care experts say an outbreak increases workload substantially due to time required to perform tasks such as moving patients into isolation, donning and doffing of personal protective equipment and feeding residents in their own rooms.

Outbreaks also put existing staff out of commission because of sickness or the need to isolate.

"In every facility where we've had a positive, we are now in a situation where employers are scrambling to ensure that there's people in there to cover those shifts. We have just created a situation that is just untenable in those long-term care facilities," said Darlene Jackson, MNU president.

According to Revera, at least 94 people at the care home have contracted COVID-19 as of Friday. This includes 70 residents and 24 staff. Of those staff cases, six are resolved.

Nine residents have died of the infection.

Ross does not blame the care home staff. She says Revera and the Manitoba government need to step in with more resources to support existing staff and residents.

"I don't think they're doing as much as they can at all, otherwise I don't think it would have gotten this bad."

Beardy says the level of care her 81-year-old diabetic mother is receiving at Parkview Place is poor.

It's pretty scary. The virus is just moving so fast in that building and I don't want to think the worst.- Emma Beardy, who wants to move her mother out of Parkview Place

She says her mom, who lives on the fifth floor, was not having regular baths and has ingrown toenails on both toes which have turned darkish in colour, something Beardy worries could lead to amputation.

She was told by Parkview Place that foot care is suspended because of the outbreak.

Beardy is trying to move her mother out of the home for fears she may catch COVID-19.

"It's pretty scary," she said. "The virus is just moving so fast in that building and I don't want to think the worst."

The MNU is sounding the alarm about staffing levels at Parkview.

"Nurses and other health care providers at Parkview Place are doing everything they can to care for residents, however they were already working short before the outbreak," said Jackson.

At least two nurses have tested positive for the virus, according to the MNU.

The MNU says this has led to lapses in infection prevention and control, including incidents where COVID-positive residents didn't have proper signage outside the door to ensure staff can take necessary precautions.

"We are now a month into this outbreak. It is the duty of government to intervene as cases continue to rise. The safety of residents and staff at the facility is paramount, and addressing the staffing situation is critical for controlling the outbreak," said Jackson.

CUPE, the union that represents health care aides at Parkview, announced Thursday that it filed a grievance over what it describes as unsafe working conditions.

Manitoba Health lifted its one-site rule, mandating staff can only work at one health care facility during the pandemic, to allow new workers into Parkview Place.

"There is no jurisdiction in Canada in which there have not been deaths in personal care homes. It is tragic, it is regrettable but it is unavoidable."

He also said outbreaks are inevitable in care homes.

"We were able to keep COVID-19 out of long-term care settings for months and months.… But it's clear that it would be unreasonable to think that it was never going to happen," said Friesen.

In a press conference Friday, Friesen affirmed his faith in Revera's management of the outbreak.

"If we hear concerns, we'll act but we have confidence that steps are being taken and that there is oversight."

In an emailed statement, the WRHA says Parkview has a dedicated and professional workforce that continues to do their best to ensure proper care.

"The facility reports that it continues to meet baseline staffing levels, understanding this may fluctuate if an increase in staff illness or requirements for staff isolation occur, in which case overtime and potentially mandating may be utilized to ensure consistent and appropriate resident care."

Revera did not comment on the specifics of this report but earlier in the week said it is proud of the hard work and dedication staff are showing to the residents. 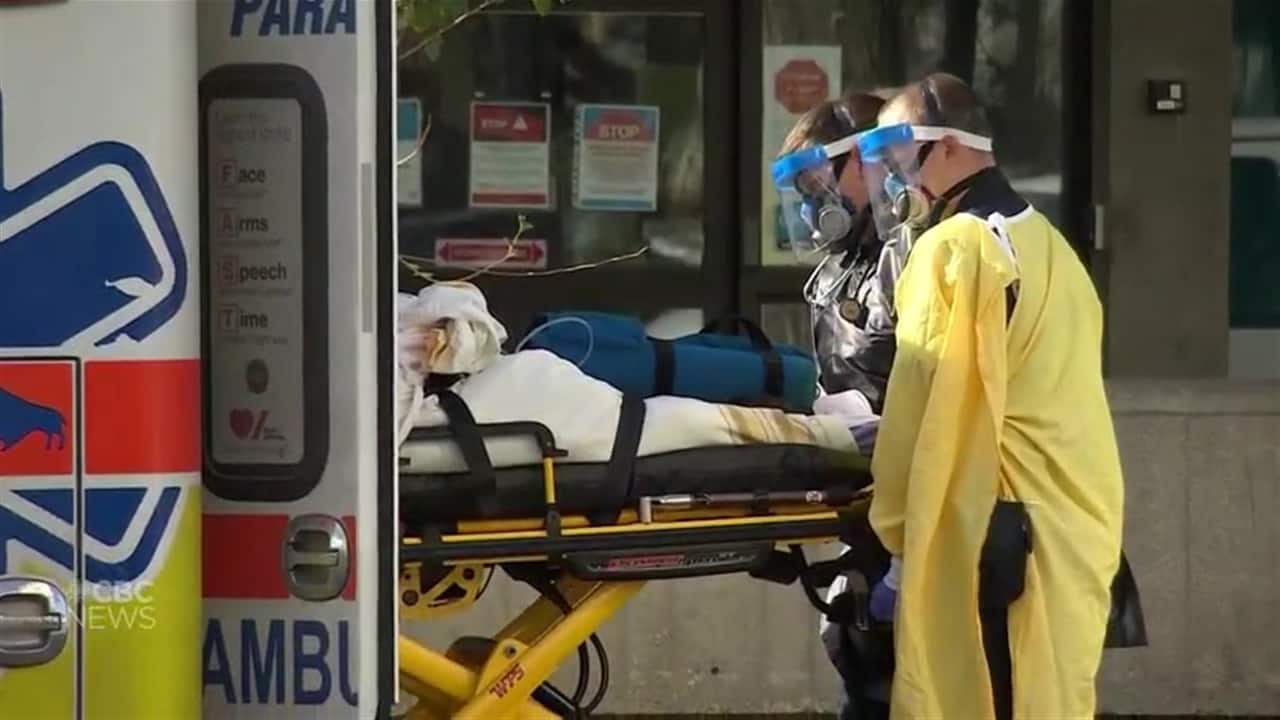 5 days ago
2:36
To date 94 people at Parkview Place, a long-term care home in Winnipeg, have contracted COVID-19. At least nine residents have died and families concerns over the level care is growing too. 2:36

With files from Kristin Annable