Manitoba couple could pay extra $1,500 a month for medication after funding changes

A Winnipeg couple in their 70s are worried they will have to dip into their savings to pay for medication following an upcoming change in how Manitoba Health covers funding for the preparation of some prescription medications.

Change to funding for compounding medication is 'robbing Peter to pay Paul,' says wife of man with Parkinson's

A Winnipeg couple in their 70s are worried they will have to dip into their savings to pay for medication following an upcoming change in how Manitoba Health covers the preparation of some prescription medications.

However, that will change on Aug. 18, when a cap on pharmacy dispensing fees for provincial drug programs comes into effect — a change Health Minister Kelvin Goertzen said in a statement is expected to save about $11 million a year.

George can no longer swallow or talk because of the pain from his illness. All of the medication he takes to manage that pain is compounded — a pharmaceutical term for altering a medication to meet a user's needs. In George's case, that means liquefying the medication and putting it into a syringe. He then injects the medication into the feeding tube in his stomach.

Susan said it's the process of turning his medication into liquid and filling the syringes that will soon cost extra.

"I thought this program was bulletproof," she said.

The couple received a letter from their pharmacy informing them the cost of filling the syringes will no longer be covered by Manitoba Health. The process of compounding the medication will only be covered up to a certain amount.

"They're robbing Peter to pay Paul here. It just doesn't make sense," Susan said. "Half of the time, the people who make these decisions, they haven't even asked patients what they want, what they need."

Her husband lives at home and not in a palliative care unit because, for the most part, he can still care for himself. He makes her a cup of tea every morning and administers all of his own medication, she said.

Tache Pharmacy, which is the largest compounding pharmacy in Manitoba, said it was not consulted about the funding change.

Assistant manager Scott Groen said the pharmacy does not want to pass on the added costs for making up these more complicated and time-consuming prescriptions to its patients, but has no other choice.

"Change was probably inevitable with this system, but one of the things that is lacking in it is an appeal process," he said.

"There is always going to be exception — patients that are out there that are requiring different services that Manitoba Health doesn't know about."

Groen is encouraging all of the pharmacy's clients to reach out to Manitoba Health or the health minister to voice their concerns. 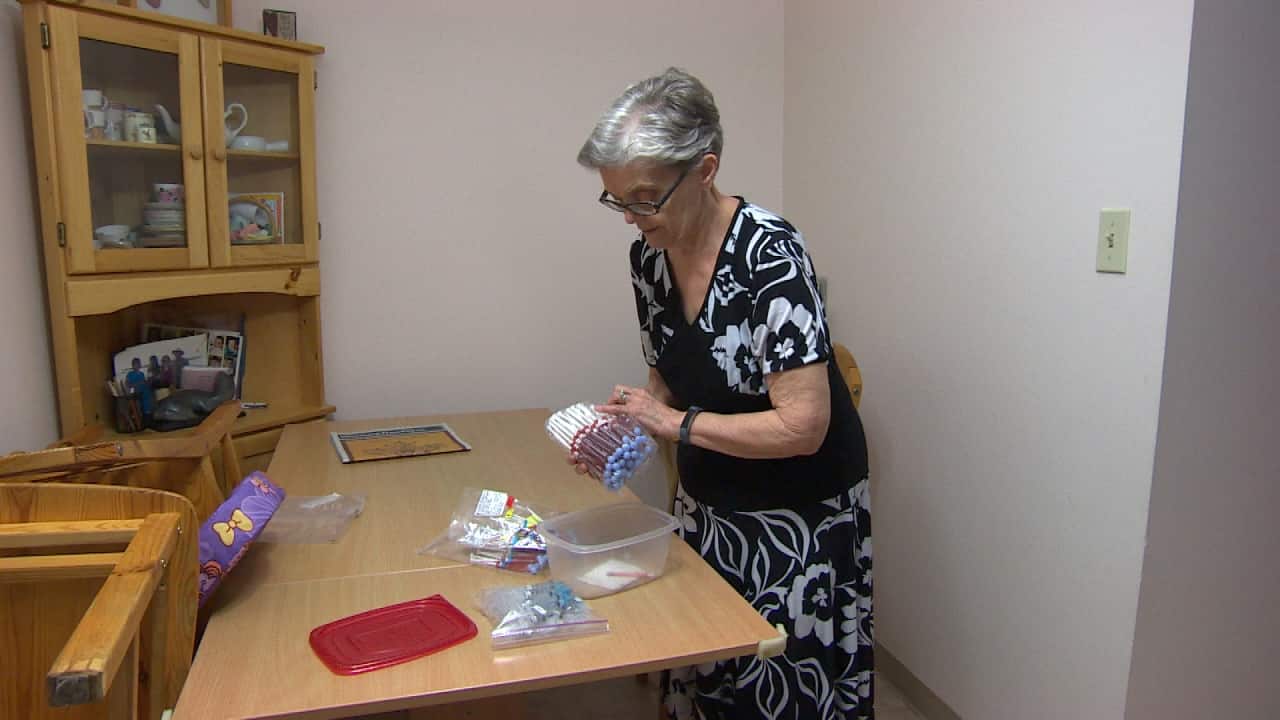 4 years ago
1:41
A Winnipeg couple in their 70s are worried they will have to dip into their savings to pay for medication following an upcoming change in how Manitoba Health covers the preparation of some prescription medications. 1:41

"There are no changes to the coverage of the ingredient drug costs," said a provincial spokesperson.

"If a particular pharmacy charges [dispensing] fees beyond those amounts, that is their prerogative, and patients are encouraged to compare services and prices across pharmacies."

The cost of preparing medications varies depending on the type, he said.

"Patients are encouraged to speak with their pharmacist about the costs associated with dispensing … and they may need to find a pharmacy that provides the service they need at a cost they are willing to pay if it exceeds the amount covered through one of the provincial drug programs."

The province said in the 2016-17 fiscal year, about 26,000 prescriptions with a dispensing fee were covered by a provincial drug program. Of those, about four per cent (1,040) had a fee "higher than what the new policy will cover."