Exchange District business owners say high parking rates are killing their trade and are asking for them to be cut from $3.50 to $2 per hour.

Winnipeg city councillors have voted to slash on-street parking rates, after business owners in the Exchange District complained the high cost of parking is driving traffic away and bleeding their bottom lines.

The businesses took their message to the city's infrastructure renewal and public works committee, which voted Tuesday to reduce rates by $1.50 per hour for on-street meters across the city until the Winnipeg Parking Authority has completed an analysis.

But the recommendation faces a major hurdle before rates decrease, as it must be adopted by the budget working group for inclusion in the city's upcoming four-year budget.

The request was made in a motion by Point Douglas Coun. Vivian Santos, who had originally proposed a 50-cent drop in the rates, but added another dollar after hearing pleas from area business owners.

Cutting the rate by just 50 cents isn't enough, said Lennard Taylor, who operates two businesses in the Exchange and said traffic to his locations collapsed when the meter went up to $3.50 an hour.

Seventy-nine different businesses have signed a petition calling on the city to drop the rates.

Hourly rates remained unchanged for five years until 2017, when they were hiked to $3.50 from $2 per hour. Fifty cents of that was earmarked as a subsidy for Winnipeg Transit.

Taylor's plea was echoed by Shawarma Khan owner Obby Khan, who says the parking hike had a devastating effect on his sales.

"It crippled it. My business — we lost about 20 per cent in revenue in the last two years. We're down massive(ly)," Khan told the committee.

Khan says he will be forced to shut down his Exchange District location in the next 2½ years if the trend continues.

"I can't go through another summer like this … please help us. We are begging you," he said.

Khan says parking rates aren't the only issue that have forced traffic out of the Exchange. He told the committee poorly planned bike lanes, the loss of loading zones and the lack of a comprehensive plan for the district have all conspired with the parking rates to drive business down.

Mayberry says there must be a comprehensive plan for the Exchange District that includes parking, signage and traffic issues.

The recommendation from the public works committee was referred to the city's budget working group, which has started meetings to table a budget by March.

Mayor Brian Bowman and finance chair Scott Gillingham have set the tone for the city's new four-year budget process by setting strict guidelines for spending among departments; some of which would get increases of two per cent or less in funding.

Representatives of the Winnipeg Parking Authority told the committee reprogramming the city's parking meters would cost approximately $176,000 and the loss of revenue by dropping the rates could add up to around $2.1 million.

Staff told the committee it was in the middle of a comprehensive paid parking strategy that would examine rates in other cities and the economic impact of raising rates, but that analysis wouldn't be complete until October. 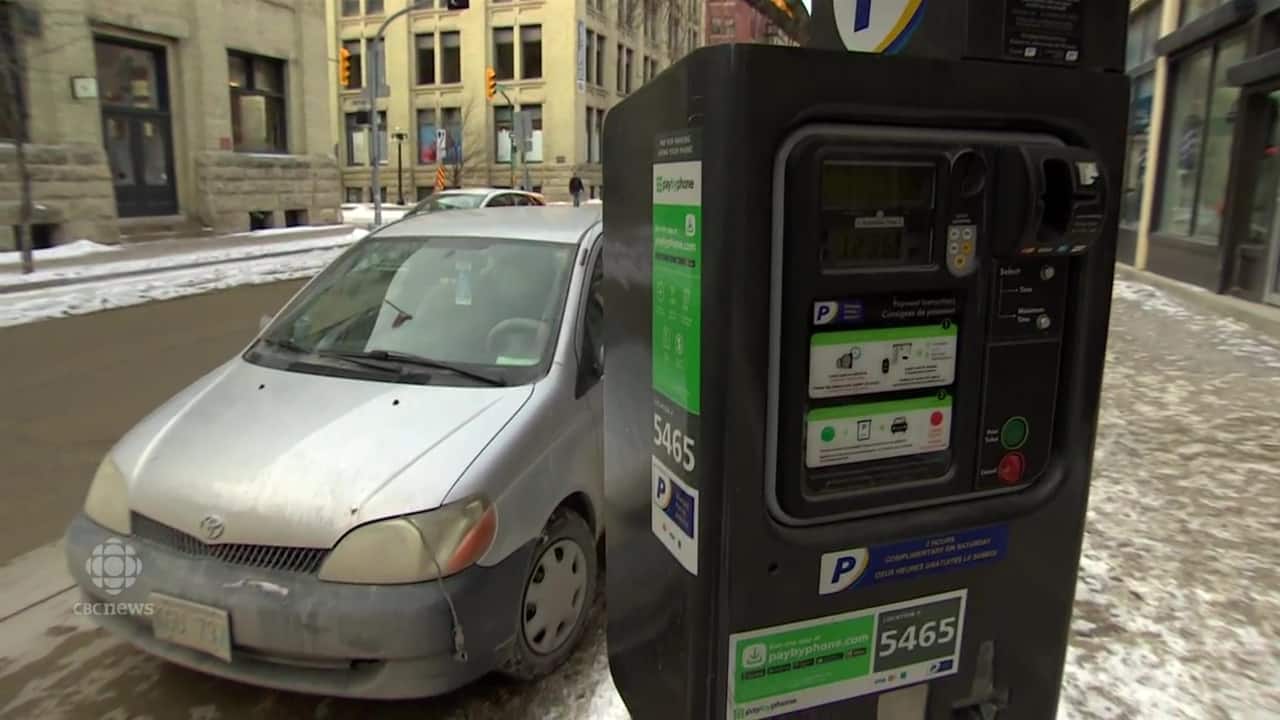 1 year ago
1:59
Winnipeg city councillors have voted to slash on-street parking rates, after business owners in the Exchange District complained the high cost of parking is driving traffic away and bleeding their bottom lines. 1:59
CBC's Journalistic Standards and Practices|About CBC News