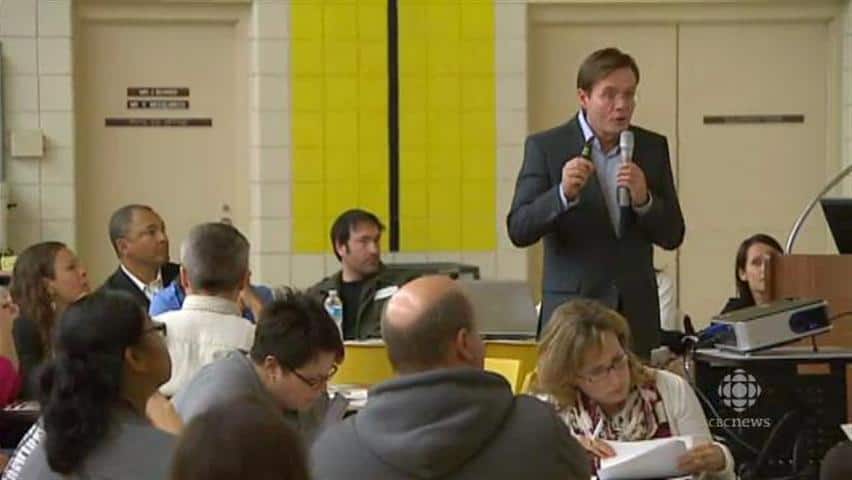 Officials with the Louis Riel School Division told the 100-plus parents in attendance that École Julie-Riel and École St. Germain are already over capacity, and they predict student enrolment will keep growing.

The division presented some potential options, such as converting one of the English schools to a French immersion school, or reorganizing all eight schools so some have K-4 classes and others have Grades 5-8 classes.

But those options have parents of students who attend the English-language schools concerned they may have to send their children farther away from home.

"We invested in this community for the opportunities to be in the school … and that's going to change for him now, possibly," said Samantha Rogers, whose son is in Grade 5.

"I don't believe that you can solve one group of people's problem by creating it for another group," she added.

More forums are taking place in the coming weeks. The school division says it needs to have a plan in place for the 2014-15 academic year.