Premier Brian Pallister claims OmniTrax shuttered the Port of Churchill in an effort to pry more cash out of the province for its port and the Hudson Bay Railway.

'I want to be very, very clear that I don't respond ever to threats,' Manitoba premier says 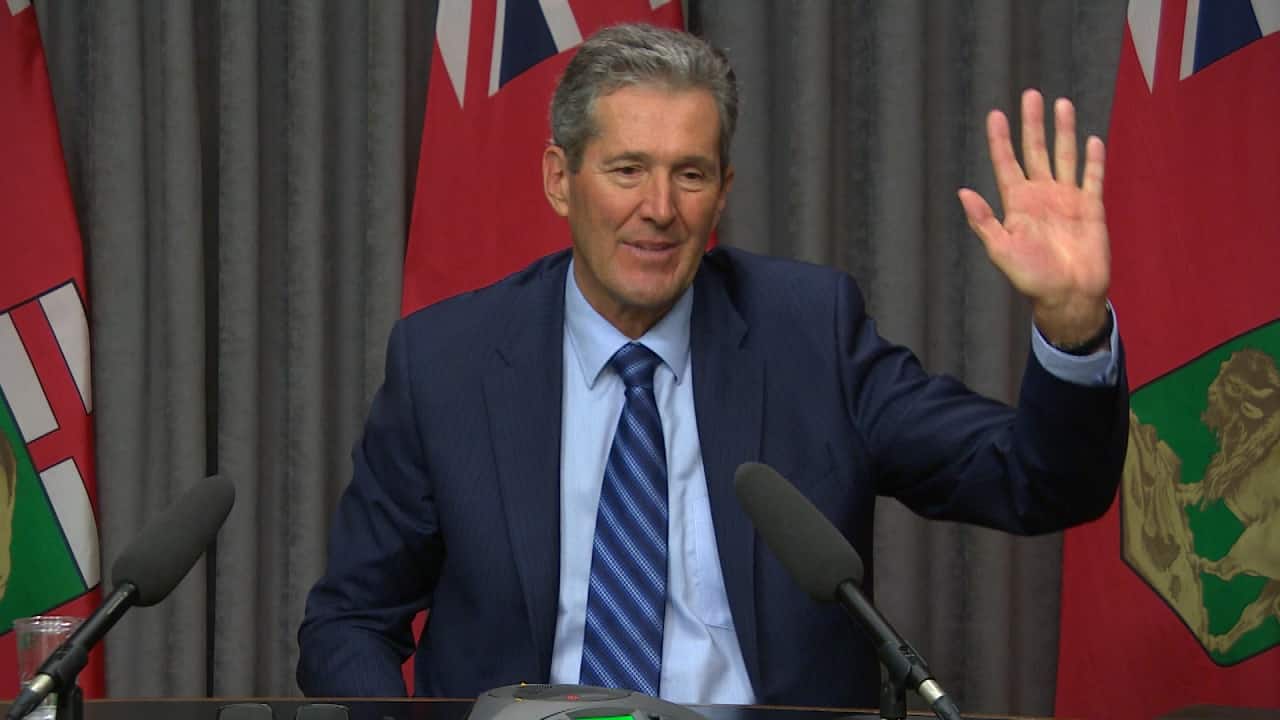 4 years agoVideo
3:09
The premier characterized Omnitrax's port closure as a threat and said he doesn't respond to threats. He says he is looking for long-term solutions to keep the port open. 3:09

Premier Brian Pallister claims OmniTrax shuttered the Port of Churchill in an effort to pry more cash out of the province for its port and the Hudson Bay Railway.

In his first public comments about OmniTrax's closure of Canada's only rail-accessible deepwater Arctic port, Manitoba's premier said the Denver-based company is trying to leverage money out of the province on the backs of ordinary workers.

He said the closure of the port this year is an effort to acquire another deal — but vowed not to agree to any more of what he described as corporate bailout packages.

"The agreement that the province entered into last year was nothing more but a subsidy bailout done as a consequence of a threat, and now that threat is being repeated this year. And I want to be very, very clear that I don't respond ever to threats," Pallister told reporters at the Manitoba Legislature on Thursday.

"It would appear that there is a certain amount of leveraging going on here, which is unfortunate and I find it disappointing. Levering on the fears and hopes and the security of Manitobans is never something that I would support. and doing it to obtain a better business deal is not the way that we're going to be engaging with corporations, now or in the future."

Pallister said he could not say more about the 2015 subsidy deal due to a non-disclosure agreement signed by the Selinger government, and he condemned his predecessors for cutting what he described as a secret deal with a U.S. corporation. At one point during his news conference, he conferred in whispers with Olivia Baldwin-Valainis, his communications director.

The premier said OmniTrax sent a letter expressing an interest in a 2016 subsidy deal. The premier said he would only accept a plan to make the Port of Churchill sustainable in the long-term.

He nonetheless declined to say what such an arrangement would entail, other than that it would involve Ottawa.

"I want to be very clear that we will do this based on principles that we believe Manitobans subscribe to. Unprincipled approaches that rely on bailouts rather than building are not what we will pursue," he said. "We will not subscribe to actions based on panic or leverage with no view to long-term sustainable solutions."

Pallister declined to comment on the holdup in a proposed sale of the port and railway to a group of northern Manitoba First Nations, describing that deal as just one of several proposals before OmniTrax.

The premier did hint, however, at short-term help for laid-off workers in Churchill.

"I think all of us are concerned about the folks of Churchill who have received layoff notices. We're also concerned about the ability of families not just in Churchill but in the north along the rail line to be able to receive services and transportation access," he said, adding at least one Tory cabinet minister will visit Churchill next week.

Pallister also declined to say whether he believes OmniTrax has lived up to its commitments to make improvements to the port and railway, which trade experts describe as out-of-date, inefficient and unprofitable.

Earlier this week, Tory MP Gerry Ritz, the former agriculture minister in the Harper government, accused OmniTrax of leaving subsidies on the table.

Pallister said he won't vilify the company, aside from its tactics.