A long list of front-line employees — from grocery store workers to child-care providers — are eligible for a $1,000 pay bump due to the risks of working through the pandemic, Premier Brian Pallister announced Tuesday.

A long list of front-line employees — from grocery store workers to security guards and child-care providers — are eligible for a one-time pay bump due to the risks of working through the pandemic, Premier Brian Pallister announced on Tuesday.

But only low-income workers can cash in.

Pallister estimates around 100,000 eligible workers on the front line of Manitoba's COVID-19 response are eligible and, if they apply, they could get about $1,000 each, which is taxable.

"They were taking additional risks in doing so, and we appreciate that," Pallister said.

The province revealed Tuesday who will be eligible for the $120 million fund, which it announced in May. The federal government is contributing three-quarters of the cost, with the province contributing the rest.

The one-time payment is available to workers who were on the job part- or full-time from March 20 — when the provincial state of emergency began — until May 29. They must have either worked a minimum of 200 hours or been prevented from working those hours because they were self-isolating.

The value of the cheque for each worker will be determined by the number of people who apply, Pallister added.

The fund will also be income-tested.

An employee's pay must not have exceeded $2,500 per month during this time span, which is equivalent to $30,000 over the year. They cannot have tapped into the Canada Emergency Response Benefit either.

That means employees in higher-income professions — including nurses, nurse practitioners, police officers and paramedics — are on the list, but many won't qualify because of their incomes.

Unions, labour groups and business leaders were invited to provide input that was used to create five proposals they then voted on, Pallister said. 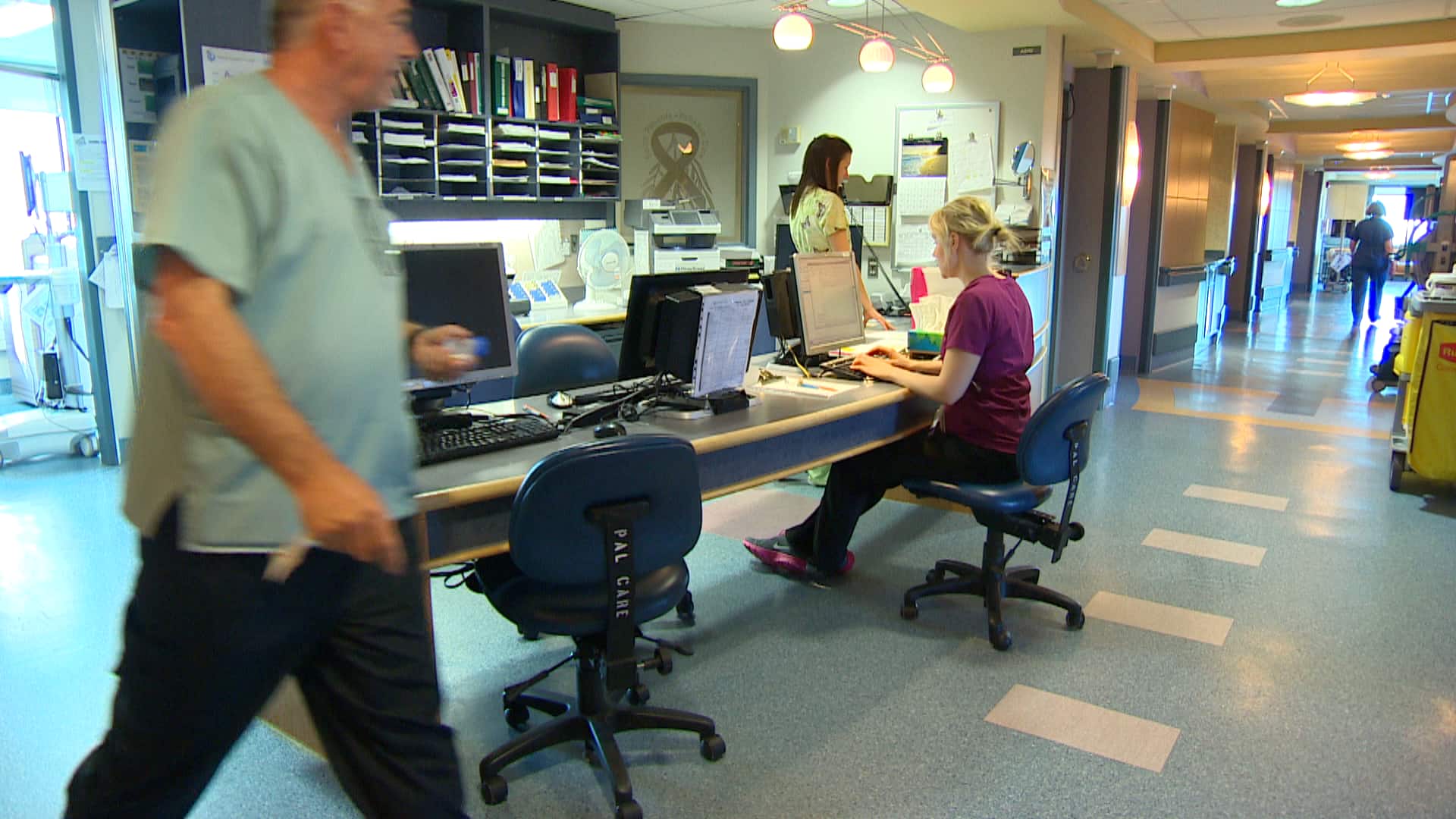 9 months ago
2:25
A long list of front-line employees — from grocery store workers to security guards and child-care providers — are eligible for a one-time pay bump due to the risks of working through the pandemic, Premier Brian Pallister announced on Tuesday. 2:25

These organizations and individuals reached a consensus that lower and middle-income earners should get the majority of the money, he said.

"I think what we've arrived at is a consensus that we can now deliver with pride."

The Manitoba Child Care Association's executive director appreciates that many child-care workers will be recognized.

"Over the last 10 weeks, I think that Manitobans have really realized, the public has really realized how essential child-care is to keep our economy going in this province," Jodie Kehl said.

But some labour groups suggested the province's long list of potential recipients is deceiving.

Not all grocery store workers

Jeff Traeger, president of the United Food and Commercial Workers Local 832, suggested about half of grocery store workers would be eligible, and only those security guards working in essential settings would qualify.

"I'm happy that some of our low-wage workers are getting this benefit, but I don't understand why, if it's a risk recognition, people who earn more than $2,500 a month — still taking the same risk — are not going to be recognized in this program at all."

The head of the Manitoba Association of Health Care Professionals bristled when Pallister suggested the government's plan for the $120 million, voted on by the working group, was a "consensus."

President Bob Moroz said the government should have decided whether it wanted a program based on risk or wage. Instead, it's left with a "risk recognition program" that he says could exclude the vast majority of the members he represents.

"We could have people who are working in the very same department … working for the exact same hourly wage, but the person who works less hours would qualify for this risk recognition versus the full-time person."

The Manitoba Nurses Union said it's disingenuous to claim nurses and nurse practitioners are being included, when most nurses cannot qualify.

Only a small number of early career licensed practical nurses, or LPNs, are eligible, and only if they work well under full-time hours, president Darlene Jackson said.

She said the union abstained from voting for any of the five programs.

"If it's [a] low-income [program], so be it, that's where it goes," she said. "But I felt that they were asking nurses to make a decision on who should get the money and who didn't, and we believe that everyone should be recognized in some way."

Online applications will be accepted starting Wednesday until June 18.

Pallister also provided an update Tuesday on the state of other provincial assistance projects.

Gap funding is going to 4,700 small businesses and about 900 employers have applied for a wage subsidy to employ more than 2,000 students, he said. 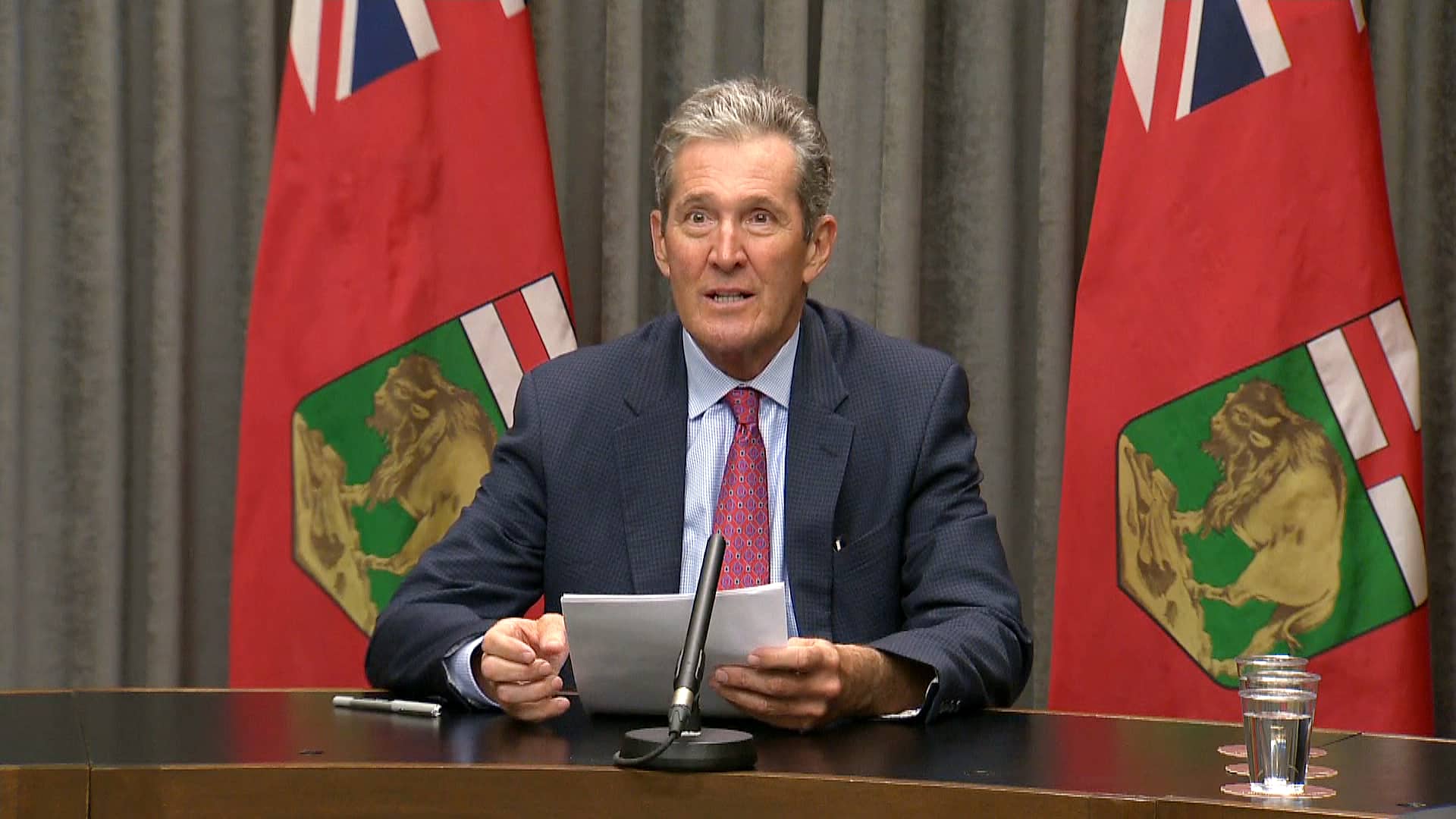 9 months ago
34:50
Grocery store workers, security guards and cleaners will be among those eligible for a one-time, income-tested risk recognition payment, Premier Brian Pallister announced Tuesday. 34:50