Manitoba’s premier says he doesn’t care much for modern forms of communication. 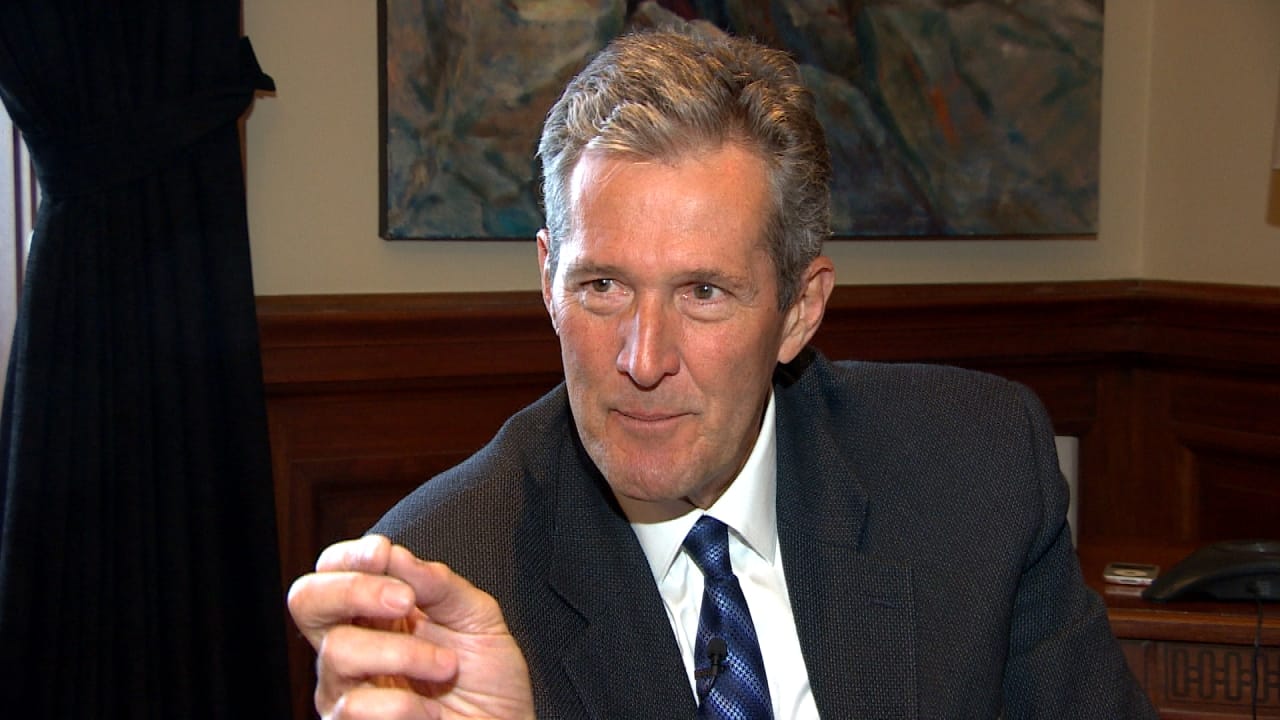 4 years agoVideo
2:36
Manitoba's Premier says he doesn't want to be ruled by technology and prefers paper files to emails, smart phones and laptops. Even at his home in Costa Rica on working vacations, Brian Pallister says he sticks to print rather than electronic data. 2:36

Manitoba's premier doesn't care much for modern forms of communication.

Brian Pallister told CBC on Friday he owns a laptop but seldom uses it and he has a smartphone mainly for phone calls — he rarely uses it for texts or emails.

"I prefer direct contact by phone or face-to-face ahead of email because emails can sometimes be misunderstood," the Manitoba premier said in a one-on-one interview with CBC legislative reporter Sean Kavanagh.

"For me, it's the interpersonal approach that I like to use."

Pallister does have a government email account but said he only uses it for emergencies. He said while in office, he has yet to encounter an emergency worthy of an email.

A July freedom of information request could not find any records of email correspondence between the premier and senior staff. 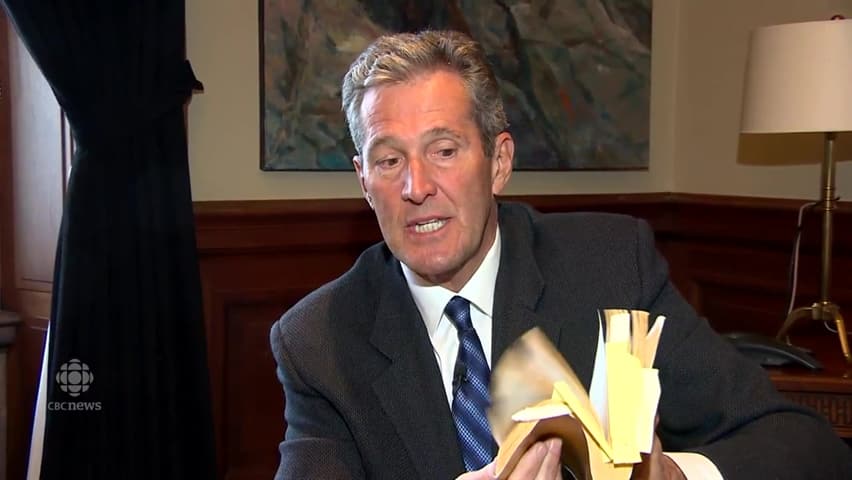 Brian Pallister on why he prefers paper over tech

Pallister insists not using email doesn't mean he is cut off from his responsibilities.

"I'm accessible and available at any time," said Pallister.

The Winnipeg Free Press reported on Friday that Pallister has limited communication with staff while he vacations in Costa Rica — trips the premier characterized to CBC as working holidays mixed with a bit of family time.

Pallister owns property in the Central American country and told CBC he has spent about four weeks there since he took office in 2016.

In December, the premier said he plans to spend at most eight weeks a year in the country. Last year, CBC reported Pallister had spent 240 days in Costa Rica or en route since becoming an MLA in 2012.

Pallister said his home in Costa Rica is fully Internet-connected, but said he tends to spend his time reading and writing on paper rather than online.

"I like books. Some say that's old-fashioned but I tend to believe that I can get a lot more out of a book than, with all due respect, a newspaper story," said Pallister.

During his interview with CBC, Pallister repeatedly held up books and reports he said he read on vacation, including a December report to Parliament on cannabis legalization.

Pallister said the quiet time he has in Costa Rica gives him time to focus.

"I write my own speeches so I tend to use that time where I don't have as many interruptions to effectively manage those types of tasks," said Pallister.

Andrew Swan, the NDP MLA for Minto, said both premiers Gary Doer and Greg Selinger were fully plugged-in and available on email throughout their time in office.

He's driving this bus and if he's closing his eyes for four weeks, you don't know where that bus is going to go.- NDP MLA Andrew Swan

"I think it's a real concern that we have a premier that, apparently, doesn't believe in using email," said Swan.

Swan said while he doesn't blame Pallister for taking time off to vacation with his family, he would expect the premier to at least be communicating over email during his time away.

"His staff has told us that when he gets on the plane to Costa Rica he takes with him material to read, which I'm sure he does, but he doesn't receive anything else in the four weeks he's away," he said.

"He's driving this bus and if he's closing his eyes for four weeks, you don't know where that bus is going to go."

Political analyst Chris Adams echoed concerns over Pallister's lack of communication with staff. Issues arrive on an hourly basis that require a premier's attention, he said.

"I think there is an expectation that if our leaders are out of the province, that they are accessible through modern technology," Adams said.

The distance between Costa Rica and Manitoba could be a problem if there is an emergency back home, Adams added.

"The problem is if we have certain crises that might occur and he's not available to be a presence."

Pallister told CBC in the case of an order in council needing to be signed while he is away, Manitoba Attorney General Heather Stefanson would sign the order for him. 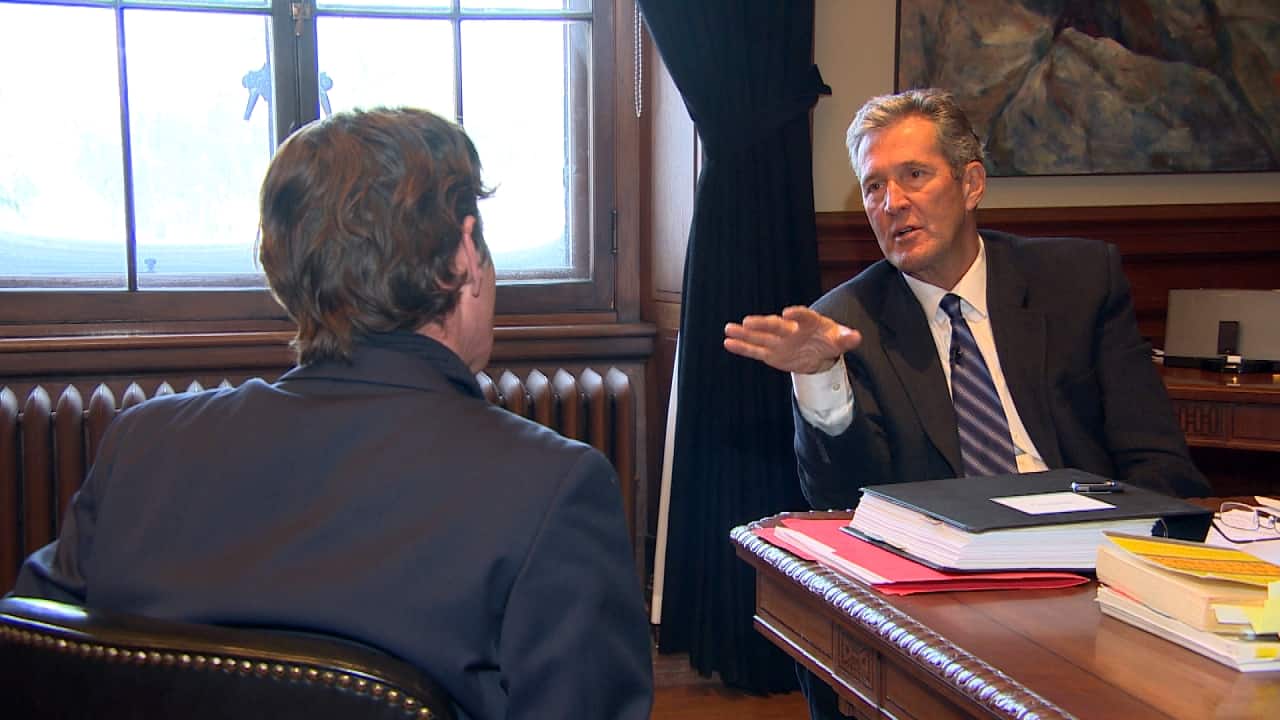 RAW: Manitoba premier on lack of email use

4 years agoVideo
3:05
Premier Brian Pallister speaks with CBC legislative reporter Sean Kavanagh about the work he does while vacationing in Costa Rica and why he doesn't like communicating over email. 3:05

with files from Sean Kavanagh and Samuel Rancourt