The Manitoba government will launch a free online counselling program to help people struggling with anxiety caused by the COVID-19 pandemic.

Program will pair people with therapists free of charge

The Manitoba government will launch a free online counselling program to help people struggling with anxiety caused by the COVID-19 pandemic.

Premier Brian Pallister and Health Minister Cameron Friesen made the announcement ahead of Friday morning's daily COVID-19 briefing, at which public health officials said Manitoba has seen its first death related to the coronavirus.

The province hired Morneau Shepell, a private Canadian tech and human resources consulting company, to create a digital therapy program that will be available through the government's online COVID-19 portal.

"Most of us have never experienced anything like this. This is sustained and significant intrusions into the way we live our lives," Friesen said.

"Don't hesitate to reach out to avail yourself of the services you need."

The resource is expected to be available in two weeks. Once up and running, Manitobans 16 years old or older will have access to the resource, which will be available in both French and English languages, 24 hours a day, seven days a week.

Participants in the mental health program will be paired with a therapist for 12 weeks and go through a curriculum of cognitive behavioural therapy techniques to help ease their symptoms.

Morneau Shepell has 5,000 counsellors available, 80 of whom are in Manitoba, and the firm is recruiting more, the province said.

No doctor referral is required and there will be no wait period, Friesen said at the news conference.

The provincial government is spending $4.5 million for one year of the program. 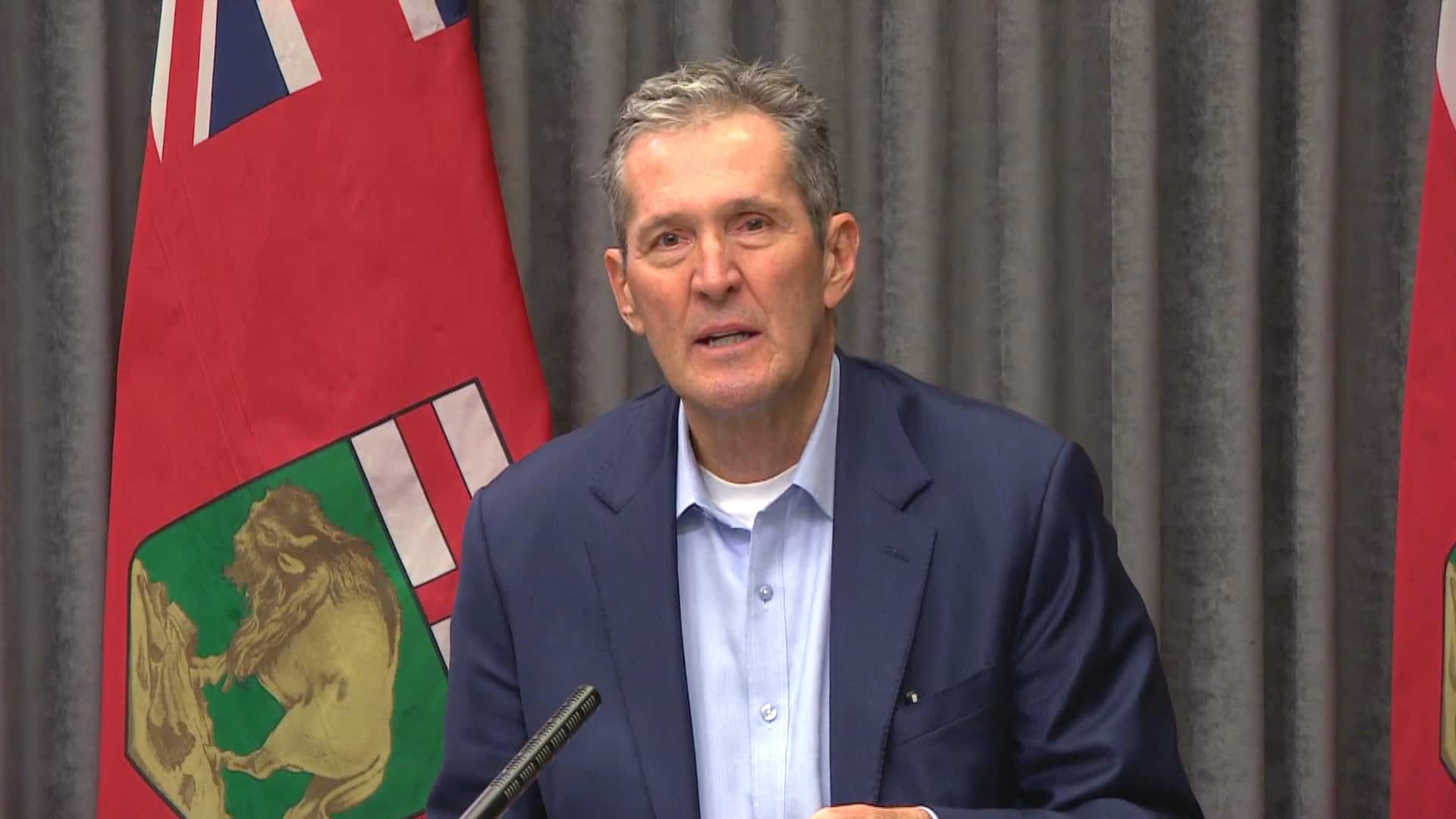 Premier Brian Pallister talks about his own experiences with mental illness

10 months agoVideo
1:17
Premier Brian Pallister spoke about his own experience with depression while announcing a new online program to help Manitobans cope with the COVID-19 pandemic. 1:17

Manitoba is the first province to offer Morneau Shepell's online therapy services to its residents, said Heather MacDonald, the communications manager for the company, in a statement.

Brianne Goertzen, provincial director of the Manitoba Health Coalition — a health-care advocacy group established in 2018 — said that Friday's announcement "barely scratches the surface of what is necessary to support our public system, but also to support those Manitobans that are struggling with mental health issues."

Some people will focus on the figure of $4.5 million, Goertzen said, but there are a number of larger issues that should be focused on.

"Everybody should be concerned about the fact that our government hasn't been prioritizing mental health services, and that this announcement is sorely lacking in vision and in a clear path of implementation," said Goertzen.

"We can acknowledge that right now we're under very stressful and uncertain times for a lot of folks, and that is also reflective of how our mental health is doing. But I think it's really important for our government to be prioritizing the existing services and the community resources that are out there already."

Goertzen says people should also be wary of what a private sector influence within the universal health care system will mean once the pandemic is over.

"The issue with using crises as a time to implement certain ideological choices of how you're going to run the health-care system can lend themselves to it staying in place outside of the pandemic and when the year concludes," she said.

She also noted a fair portion of Manitobans affected by mental illness do not have internet access, and internet service is not reliable in many rural and northern Manitoban communities.

Jo Ann Unger, a clinical psychologist and the president of the Manitoba Psychological Society, generally sees Friday's announcement as a positive for mental health — especially since it comes during a time when people are largely focusing on physical health.

"[Friesen] is very right about the toll that this will have on our mental health. So that we're putting money behind that … as we deal with this very difficult situation is absolutely important," Unger told CBC Radio's Up To Speed on Friday.

She added, though, she was surprised by the announcement, because the society wasn't approached to discuss how psychologists in Manitoba could help the situation, and because the government chose to hire a company from outside the province.

"While [Morneau Shepell] does employ some local therapists, it doesn't allow for systemic change in a mental health system that does need some additional funds in order to work functionally," Unger said.

She also has concerns regarding the program itself, namely the use of the term "therapist" by Morneau Shepell.

It's a "very general term, and a lot of people can define it in different ways," Unger said, and she wonders what type of therapists will be involved, what their experience is, and the amount of supervision they'll receive, among other questions.

"I'm just concerned about the lack of transparency about what we're getting."

Unger is also intrigued by the 24/7 aspect of the online service. She says Manitoba already has those types of services, which are needed by people suffering a mental health crisis.

She's also unclear about whether therapists will actually be available around the clock, or if patients simply have access to their online training modules at all hours.

As of Friday morning, 39 cases of COVID-19 have been identified in Manitoba. 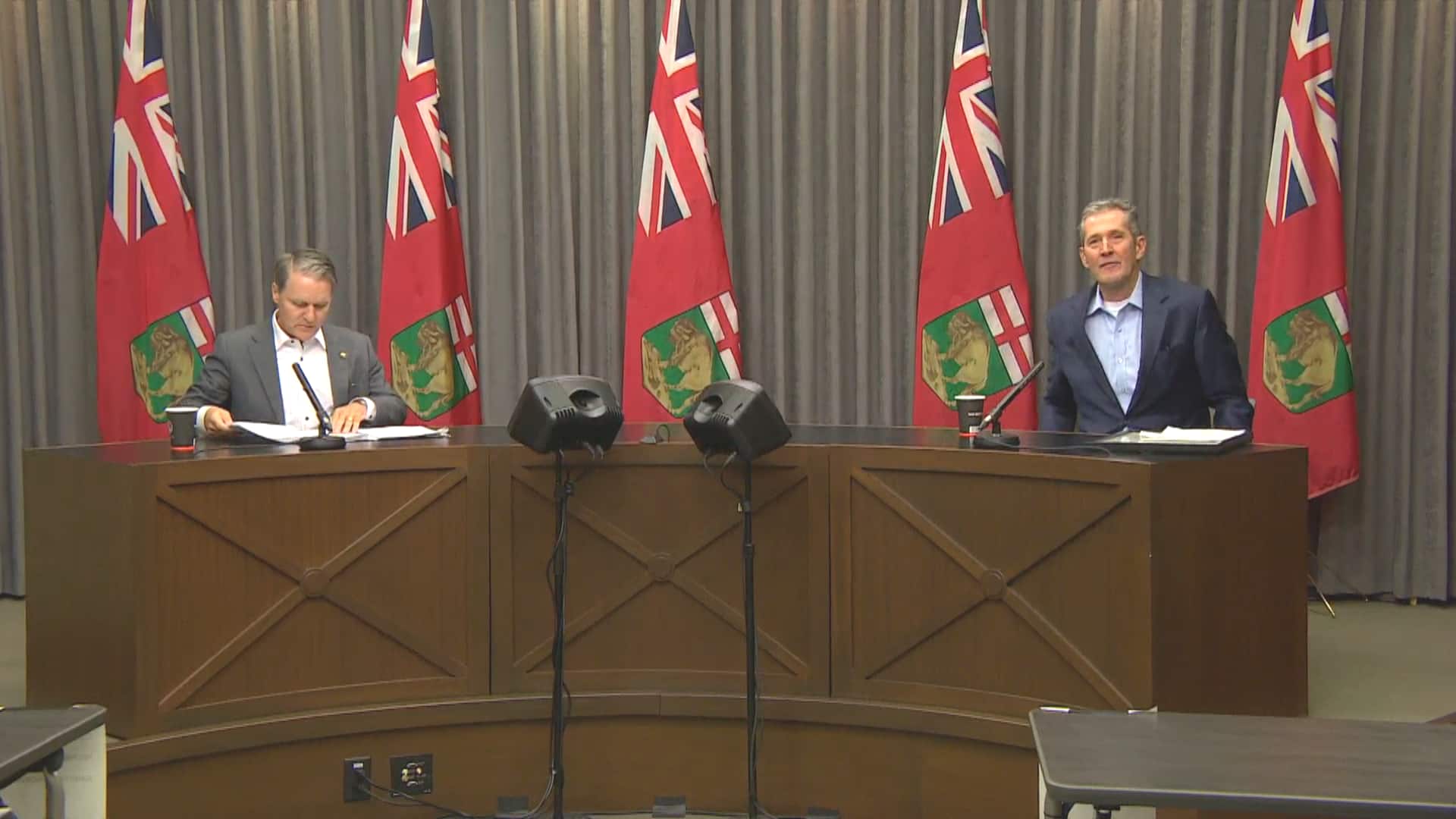 10 months agoVideo
24:26
The Manitoba government has launched a free online counselling program to help people struggling with anxiety caused by the COVID-19 pandemic. 24:26