The province is partnering with Manitoba-based 24-7 Intouch to help local businesses and non-profits connect with federal government programs, including the 75 per cent wage subsidy program and the Canada Emergency Business Account Program, which offers interest-free loans of up to $40,000 to small businesses.

The province is partnering with Manitoba-based 24-7 Intouch to help local businesses and non-profits connect with federal government programs, including the 75 per cent wage subsidy program and the Canada Emergency Business Account Program, which offers interest-free loans of up to $40,000 to small businesses.

A call centre will be run by 24-7 Intouch to help guide businesses through finding where they need to go for help. Strict privacy protocols will be in place, and there will be bilingual services.

"[Small and medium-sized businesses] are the backbone of our economy, and this government is thinking of them every day," said Pallister at a Monday news conference.

"It is crucial that we help our small business community, our non-profits, our charitable organizations to get the government supports and the resources that they need to weather this storm as soon as possible."

Although all businesses are taking a hit due to the COVID-19 pandemic, businesses have to meet a certain minimum in order to be eligible for federal supports.

To receive the wage subsidy, for example, a privately-owned business or non-profit had to have seen a drop in revenue of at least 15 per cent in March 2020, then a drop of 30 per cent in April and May.

That subsidy is available to eligible employers for up to 12 weeks in order to avoid layoffs, or to re-hire workers who have been laid off, according to the federal government.

Loren Remillard, president of the Winnipeg Chamber of Commerce, told CBC News Monday afternoon that the call centre has been in the works for a while, and was driven out of necessity because many businesses were confused over the changing qualifications of the federal programs.

The call centre will allow a "one-stop-shop" for businesses to get the information they need and file applications more efficiently, Remillard said.

"When you have multiple points of information, multiple organizations that are good-intentioned, but all trying to service various members, some of whom we share, you're not always … speaking consistently and providing the same answer to the questions they and others have," he said.

"It really is a coming together of the business community to say we need something that benefits everyone equally, and we're all on board with, and behind and supporting it."

A resource such as the call centre is significant right now because the more businesses that are open once the COVID-19 pandemic is over, the easier it will be for the economy to recover, both Pallister and Remillard said, and federal assistance is needed in order to do that.

Details such as call centre phone number and hours of operation will be available in the days ahead, the province said.

Uncertainty is the only certainty for businesses in short-term

The call centre is a positive step but more needs to be done for small businesses that are not eligible for federal help, said Jonathan Alward, prairie director of the Canadian Federation of Independent Business.

"Unfortunately, the federal wage subsidy program [and] the business account, there are gaps to them. There are other gaps we'd like the province to step up and cover as well to make sure all small businesses in Manitoba get the help they really need at this time," Alward said,

There remains a fair amount of uncertainty for businesses, said Remillard.

Questions Remillard says are being asked include: when will things start getting back to normal? Will my workforce still be there? How are my supply chains impacted?

Meanwhile, the public health order that, at the start of April, closed non-essential businesses to the public — including bars, hair salons and massage therapy offices — is being extended.

Originally it was set to expire on Tuesday, but Dr. Brent Roussin, Manitoba's chief public health officer, announced Monday that it is being extended until April 28, and tighter restrictions may be announced later this week. 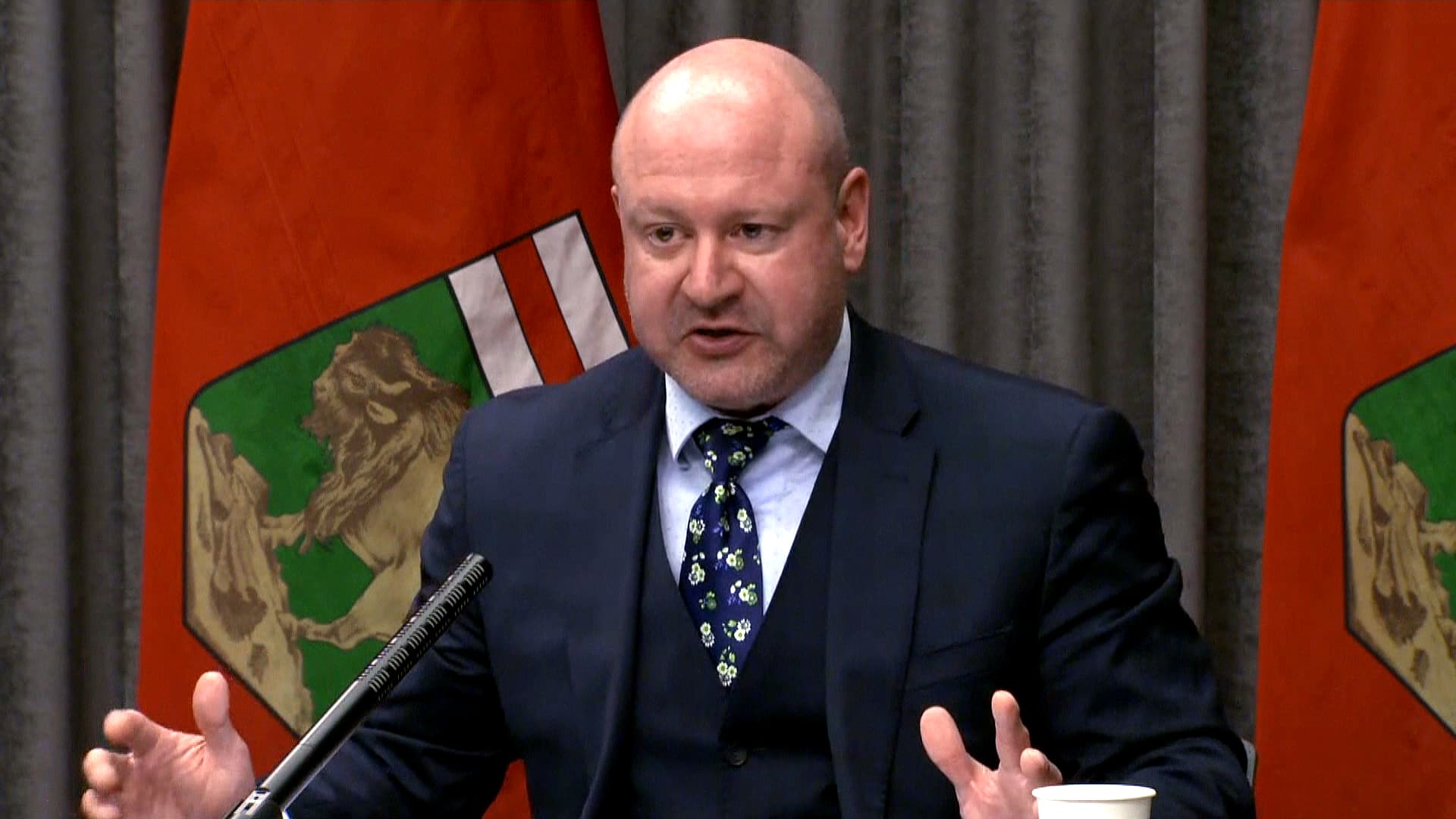 "Extending these measures will help us to continue to flatten the curve, and decrease the impact of this virus on Manitobans," Roussin said during Monday's COVID-19 briefing.

As of 9:30 a.m. Monday, public health officials identified four new cases of COVID-19 in the province, bringing the total number of lab-confirmed and probable cases to 246.

The number of active cases, however, is 143: eight people are in hospital — including four in critical care —and four people have died, while 99 have recovered.

"We needed to ensure there wasn't a gap in these orders," he said. "This is not the time to lift anything, we can't relax our efforts at this point. And in fact, if we can double our efforts we may be weeks away from being able to scale back some of these restrictions."

Many Chamber members who have been forced to close because of the health order understand the reason and support it, said Remillard.

"But it doesn't negate the fact that they're now not able to drive any revenue, but they still have obligations for things like rent," he said.

"It's hard to make decisions. It's hard to provide answers to your employees when you just don't know."

Remillard said the Chamber has been advocating for more supports, especially when it comes to commercial rent — which, according to him, is now the number one concern of their members, and a provincial jurisdiction.

The province will not be implementing any more supports for businesses, in order to avoid overlapping with federal supports, said Premier Pallister on Monday.

The Manitoba government is promoting the federal program, "because we believe it's a better program," he added.

In the meantime, the Chamber is advising its members to plan on a week-by-week basis, and closed businesses should prepare for a prolonged shut down, Remillard said.

Public health officials are saying protocols such as physical distancing will be in place until the summer, though to what degree depends on the number of COVID-19 cases seen over the coming months.

Roussin said, however, that rollbacks of the restrictions would likely start with businesses.