Pallister says he regrets offense over 'all lives matter' quip, insists it wasn't intended as a racist putdown

Premier Brian Pallister says he didn't realize a phrase he uttered Tuesday is often used to diminish the Black Lives Matter movement — and regrets the fact some people may have interpreted his comment as racist.

Premier Brian Pallister says he didn't realize a phrase he uttered Tuesday is often used to diminish the Black Lives Matter movement — and regrets the fact some people may have interpreted his comment as racist.

On Tuesday, Pallister said "all lives matter" when he was speaking about a Winnipeg protest, scheduled for Friday, over police violence against black people.

"I will encourage all who feel strongly about this issue to use the opportunity to safely demonstrate their support for people of colour," Pallister said Tuesday during a conference call with reporters.

"Black lives matter. All lives matter of course, but in this instance, on the heels of what's happening in the United States and what has been happening too frequently there, we all have a responsibility."

On Wednesday, Pallister suggested he was unaware "all lives matter" is used as a retort against Black Lives Matter.

"I didn't realize at the time," the premier said during a conference call, adding he did not intend to offend anyone.

WATCH | Pallister uses the phrase 'all lives matter' on Tuesday.  On Wednesday,  he said he didn't know the phrase had racist overtones: 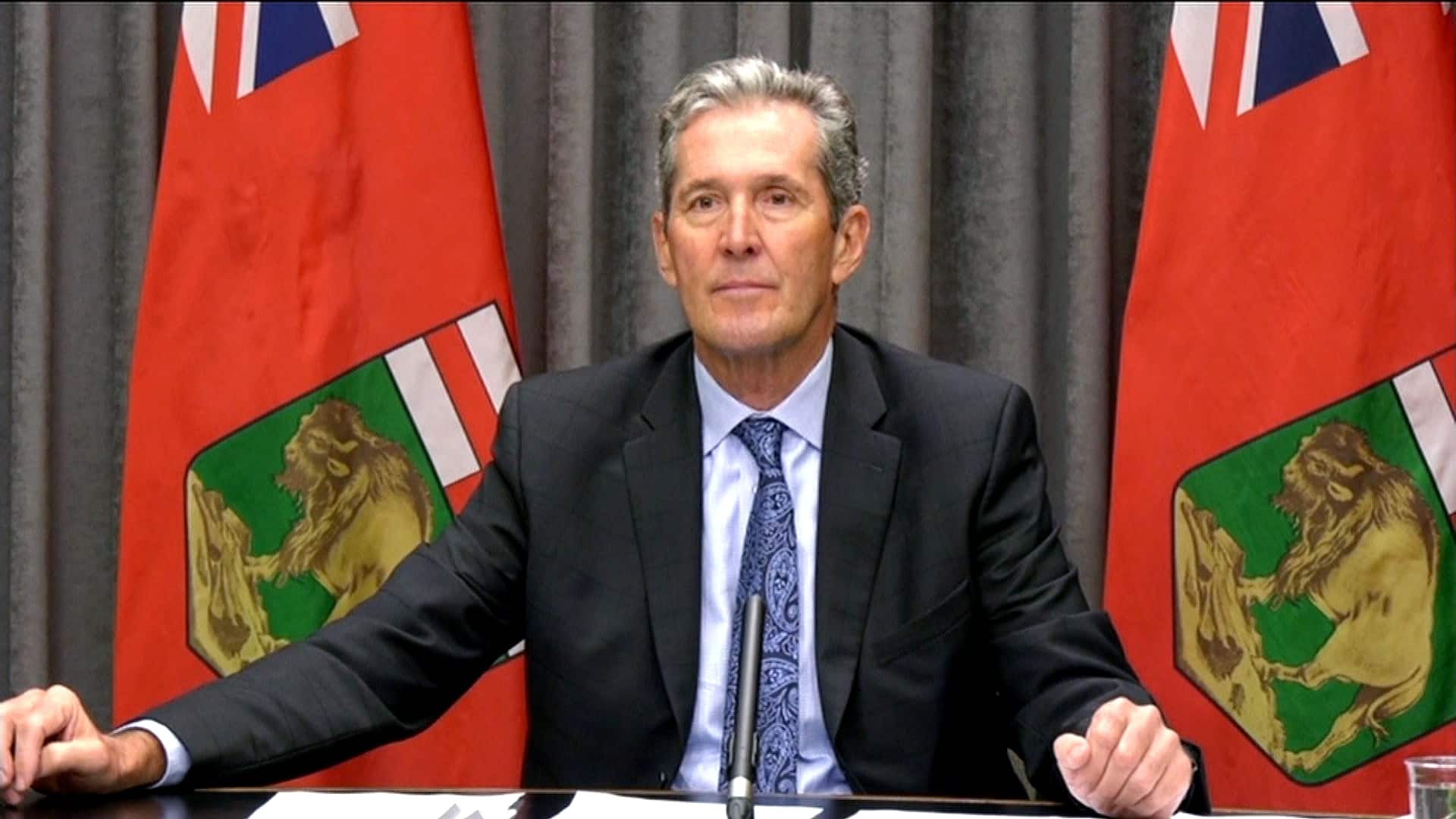 8 months agoVideo
1:57
Premier Brian Pallister used the phrase "all lives matter" on Tuesday - and then on Wednesday, he said he didn't know the phrase had racist overtones. 1:57

"I regret the fact that people would interpret me saying that all lives matter to be a racist comment, but I understand others do say it in that manner for that purpose."

Pallister said in the middle of a pandemic, he had life-saving on his mind.

"I think everyone would agree that using those three words in the context of a pandemic was quite legitimate. I've been quite preoccupied as I guess one could understand with that, and the COVID response," he said.

"I regret the fact that phrase is used by others in a different way but I would be little bit obliged to clarify I certainly didn't mean it that way."

"'All lives matter' is a deeply offensive and problematic phrase that has been used to derail and disregard the Black Lives Matter movement," Kaka said in an interview.

"I find it hard to believe that he didn't know that, but if that is in fact true, then I think it indicates that he is paying little attention to the Black Lives Matter movement."

Kaka said she is also dismayed by the premier's characterization of some protests in the United States as an overreaction.

On Tuesday, Pallister said he could not support "the overreaction and the violence" chosen by what he described as "a significant minority" of protesters in Canada and the U.S.

"That demonstrates to me a certain level of privilege," Kaka said. "To say that rioting is somehow on par with black people losing their lives as a result of police brutality, I think is incredibly offensive."

Not all observers were offended by the premier.

St. Norbert Coun. Markus Chambers, who plans to attend the Friday rally, said he accepts the premier's explanation for his use of the phrase.

Pallister said he does not intend to attend the weekend protest, citing his asthma and the need to avoid large crowds during the pandemic.