Woman who died of COVID-19 only separated from Parkview Place roommate by end tables between beds, son learns

Some residents of Parkview Place who tested positive for COVID-19 have been sharing rooms with other residents — a practice described as unacceptable by the son of a resident who died of the disease.

Some residents with COVID-19 in shared rooms at Parkview Place

Some residents of Parkview Place who tested positive for COVID-19 have been sharing rooms with other residents at the Winnipeg care home — a practice described as unacceptable by the son of a resident who died of the disease.

CBC spoke to several families who say their loved ones were still sharing rooms after a COVID-19 diagnosis.

Albert Lee's mother Pak Lee was in the care home for 10 days when she contracted the disease. She died on Oct. 6.

Lee was surprised to learn how the care home isolated his 102-year-old mother from her roommate.

"They placed [an] end table between the beds to separate them. It does nothing to prevent the spread of water droplets in the air in the room. So it's not an effective measure for preventing the spread of the coronavirus within the room and also throughout the building," Lee said, from his home in Mississauga, Ont.

"I was upset … when I received those answers … the morning before my mother's virtual memorial service."

Pak Lee was among the first residents to test positive for the virus when the outbreak was declared a month and a half ago. She was born in Fujian Province, China, in 1917, a few months before the outbreak of the Spanish flu pandemic.

Albert Lee, who worked for decades as a nuclear energy safety expert, said the practice of infected residents sharing rooms needs to change.

Even though Parkview Place management told Lee rearranging the furniture ensured his mother and her roommate were separated "in accordance with physical distancing guidelines," he does not believe this prevented the spread of the virus.

Parkview Place did not disclose if Pak Lee's roommate tested negative for the virus.

Winnipeg Regional Health Authority chief of health operations Gina Trinidad said when infected residents share a room with uninfected residents "there will be some internal moves made to mitigate some of the risk and further transmission."

CBC News has learned of at least three other pairs of residents who roomed together at Parkiew Place after at least one tested positive for COVID-19.

The outbreak has claimed the lives of 19 of the 104 residents who have become infected with the coronavirus and 29 staff have tested positive, according to the WRHA.

Revera, the for-profit company that runs Parkview Place, says there are 36 shared rooms in the 261-bed facility which housed 221 residents as of last Friday.

The WRHA said the majority of floors in the 12-storey building have residents with COVID-19, although efforts are being made to cohort them to two floors.

During the first wave of COVID-19, 31 per cent of Ontario long-term care resident deaths could have been averted if they were in single rooms, said Dr. Nathan Stall, a geriatrician at Mount Sinai Hospital in Toronto, who co-authored a study that concludes reducing crowding in care homes could reduce deaths.

"When a case of COVID-19 gets into a care home … they're like tinderboxes and they spread very rapidly and with devastating consequences," said Stall in an interview with CBC News.

Stall says about one in three care home residents who get infected with COVID-19 end up dying.

He recognizes the demand for long-term care exceeds available rooms which leads to double and multiple occupancy.

Stall says COVID-positive residents should isolate in a private room and when that's not possible, the goal is to maintain at least two metres between beds, set up some sort of barrier and maintain meticulous hand hygiene.

"Frankly, these things are almost impossible, particularly among long-term care home residents … where 70 per cent of them across the country have dementia," said Stall.

Stall says there are other ways to isolate residents and other jurisdictions have opened up care home beds in hotels, in stadiums and in convention centres when space is not available inside the home.

"Much of the morbidity and mortality and tragedy that have occurred in our care homes is a result of the chronic neglect of the sector," said Stall.

Lee points to the high rate of infections among staff as an indication of lapses in safety at Parkview Place.

"They're not handling the outbreak properly," said Lee. "They don't seem to be taking adequate measures to protect their workers and as a result, the workers cannot adequately protect the residents."

Lee says in his experience in nuclear safety, management does everything they can to protect workers.

"If you have workers that are distracted, overworked, they probably make mistakes. If the workers have to worry about their own safety, they're going to make mistakes. So you want to enable the workers to be able to do their job error-free and safely," he said.

Revera's director of care, Dr. Rhonda Collins, said Parkview hired 11 new staff and care aides and she says there is a full-time recruitment team working to shore up staffing.

Lee says the province should take over management of the home and consider calling in the military as Ontario and Quebec did during the first wave of the pandemic to solve their staffing shortages.

N95 masks are not being issued: union

The union that represents health care aides says workers still have concerns about the availability of N95 masks when working with COVID positive residents more than a week and a half after a union grievance was filed.

"N95s are, in some cases, only being issued if a resident is seen 'coughing,' and are still not being issued automatically," said Shannon McAteer, CUPE health care co-ordinator.

The union said it is advising staff to exercise their right to refuse unsafe work if they are not being provided appropriate personal protective equipment.

Lee was surprised and disappointed to learn his mother, who was known for her kindness and generosity, was never seen in person by a physician at Parkview Place after she tested positive for COVID-19.

The WRHA said the first time a physician set foot in the home since the outbreak began in mid-September was last week. A full-time nurse practitioner started work at Parkview Place on Monday.

"I'm just astounded by the fact that they didn't have doctors in attendance," said Lee.

He questions how a doctor could obtain enough information over a virtual consult to properly assess any of the residents, including his mother who recently developed early symptoms of dementia.

"There's a reason that a doctor is a doctor," said Lee.

His mother worked as a primary school teacher and a high school librarian in China. She owned a corner grocery store in West Kildonan and a restaurant in Selkirk. She worked as a waitress until her retirement in 1984. She was fluent in several Chinese dialects and English. She was asked to translate for dignitaries including former Manitoba premier Ed Schreyer when Chinese officials came to Winnipeg.

"The team at Parkview Place offers Mr. Lee its condolences on his mother's passing. We have responded to Mr. Lee's questions directly, and cannot discuss issues of resident care out of concern for privacy," wrote Revera in an emailed statement.

Lee says he never would have let his mom go to Parkview Place but he had no other option.

He says he doesn't want any other family to go through what he went through.

"This requires all politicians to own up to the fact that collectively for a long period of time now, they have failed the population," said Lee.

Manitoba Health Minister Cameron Friesen held his first press conference in more than a week on Tuesday. When asked about whether the province would take over Parkview Place he said "nothing is off the table."

"If it would be presented as evidence that somehow the operator was no longer able to operate safely and in the best interest of the residents, then that would be the point at which we would be flexing to other plans. But of course, we are not at that stage," said Friesen at the Manitoba legislature. 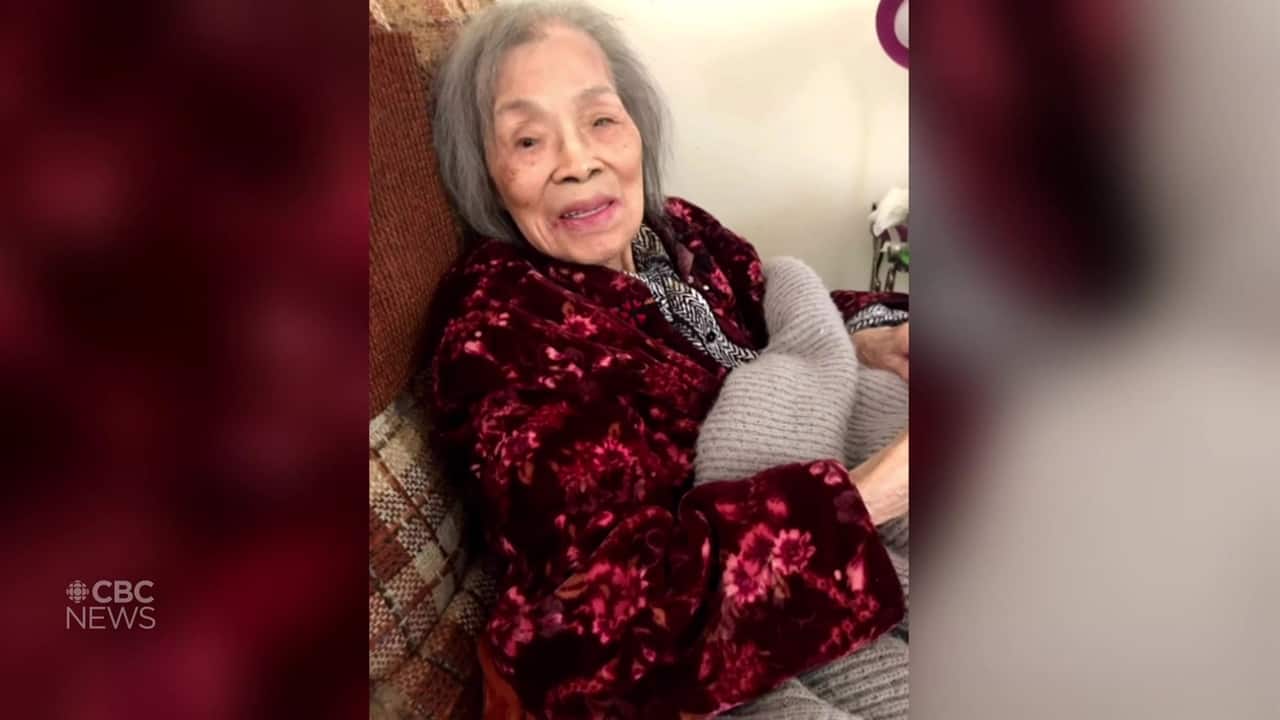 1 month agoVideo
2:53
Pak Lee lived in Parkview Place care home for just 10 days when she contracted COVID-19 and died. Her son was surprised to learn how the Winnipeg care home isolated his 102-year-old mother from her roommate. 2:53