The parents of a five-year-old girl who required surgery after she was attacked by two dogs near her home in Winnipeg's North End last week say they want to ensure such an incident doesn't happen to anyone else.

The parents of a five-year-old girl who required surgery after she was attacked by two dogs near her home in Winnipeg's North End last week say they want to ensure such an incident doesn't happen to anyone else.

Gregory Ducharme was walking his daughter Semiah home from kindergarten at around 11:30 a.m. CT on Tuesday when two dogs, which live across the back lane from the family in Winnipeg's North End, came out of their yard through an open gate.

"It all happened so fast," said Ducharme. "Both of them were just rushing at her."

He shouted at the dogs to back off, but one "went [behind her] and grabbed her, and that's when they dragged her away," he said.

One of the owners of the dogs came out to call them off, Ducharme said, but by that point, "one of the dogs latched onto her face."

"The owner came by and grabbed the dog and held it, and I had to punch the dog just to make it let go."

Ducharme's wife, Lolanda, was inside their house and heard the commotion.

"I heard the dogs barking, then I heard a male yelling," she said.

"Then I heard my daughter scream and I was like, 'What the hell?' I saw the two dogs jumping at my husband," she said.

"I ran downstairs immediately. When I got out there, my daughter was running to me all bloody."

Semiah suffered cuts to her chest, underarm, jaw, ears and the top of her head.

"One of the dogs ripped off her ear. Her ear was hanging there," said the girl's father.

The girl was taken to hospital, and received dozens of stitches and surgery to reattach her ear. She was released from hospital later on Monday, but may require more surgery.

Police confirmed they were called about the attack and assisted the city's Animal Services Agency with the investigation.

The agency has charged the owner under the Responsible Pet Ownership bylaw. A hearing was also held with the owner, and the dogs' fate will be decided in the coming days.

"Animal services reminds pet owners they are responsible for their pets," a spokesperson said in an email.

"Pet owners are reminded to ensure to take all the necessary steps to ensure that your pet is safe around people and animals."

The city wouldn't say what penalties come with the charges.

CBC News spoke with the owners of the dogs, a mother and son, who did not want to be interviewed. They said the dogs were both taken by the Animal Services Agency and they were expecting to attend a hearing about the animals' fate on Monday.

The owners said the dogs are brothers and are American bulldog-border collie mixes, which is not the same as a pit bull and is not on the city's prohibited dog breeds list.

The man said he didn't want to see his dogs put down, and expressed remorse.

He said the 1½-year-old dogs have never showed signs of aggression, and insists someone entered his yard and left the gate open.

The Ducharmes say regardless of how the dogs got out, they're concerned.

"It could have been someone else's kid or could have even been an adult," Gregory said.

"It could have ended in a different way. Lots of kids walk home by themselves from school," said Lolanda.

The Ducharmes want to see the owners charged and the dogs put down.

The couple, who have three other children, have been spending hours at the hospital to be with Semiah.

Lolanda said: "I'm just angry, angry and upset that it's going to affect my daughter for the rest of her life, especially emotionally.

"She told me recently that she doesn't want to go back to school again. She feels like she's ugly now because of her scars." 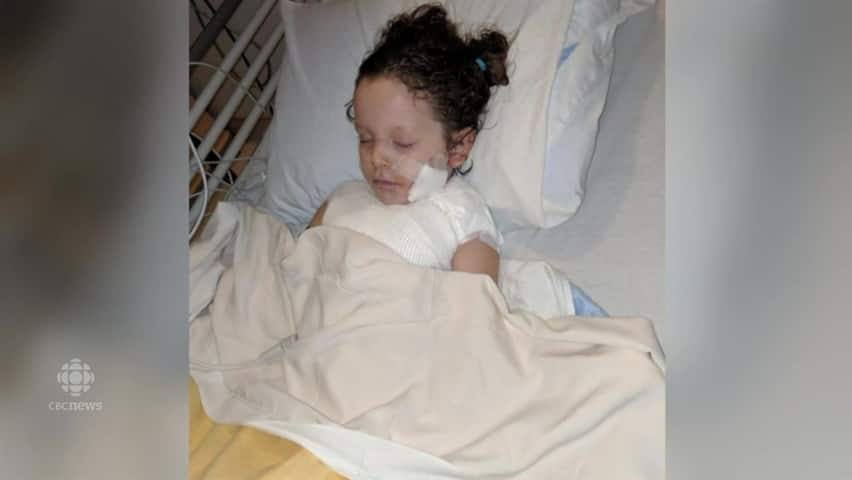 Charges laid after a young girl mauled by two dogs

2 years agoVideo
2:23
Semiah Lacquette suffered serious injuries including having her ear ripped off after she was attacked walking home from school. 2:23