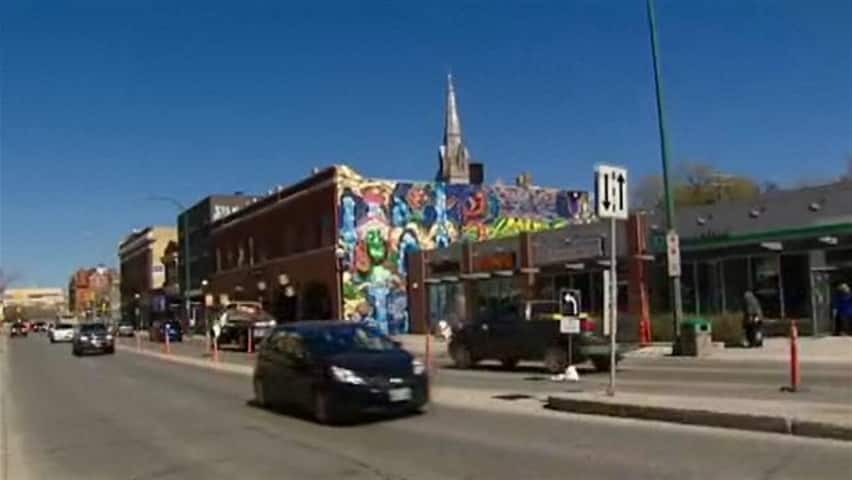 The title was bestowed by the Canadian Institute of Planners (CIP) on Thursday, as part of an annual contest to "recognize the special places that Canadians love most."

More than 200,000 votes were received in the second Great Places in Canada contest. The original field of 90 nominations, sent in by the public, was weaned to a short list of 21 by a panel of professional planners.

Winnipeg's downtown corner of Portage and Main made the long list in the streets category and Winnipeg's St. Boniface got as far as the short list for greatest neighbourhood.

Osborne Street also made the long list for the streets category. Though it wasn't chosen by the CIP, it did win a People's Choice award for the number of votes it received.

The winners of the main awards were chosen by a panel of judges based on popularity as well as "planning excellence," according to the CIP.

"So many great places were nominated," Jill Collinson, one of the judges, stated in a press release.

"We had quality entries from big cities, small towns and all spaces in between. Urban, rural, commercial, residential, greenspace, historic, modern — there was a bit of everything."

With 8,000 people living in the 231-acre neighbourhood, Osborne Village has the densest urban setting in Winnipeg and one of the most dense in western Canada, which makes it a vibrant area and a place that "evokes a strong sense of ownership in its residents."

It is also one that is well connected with 16 bus routes and a lengthy pedestrian network.

In addition to the grand winners, three locations were given People's Choice awards, based solely on the number of votes received.