The raids, part of a nine-month investigation called Project Highland, were first reported Dec. 18 but few details were provided at that time because the investigation was still ongoing.

The estimated value of the items is more than $2 million.

Two homes have also been seized, one in Winnipeg and the other in a rural location, said Insp. Max Waddell, head of the Winnipeg Police Service's guns and gangs unit.

Ten people — eight men and two women — have been charged with 34 criminal code offences related to conspiracy and trafficking of a controlled substance, possessing the proceeds of crime, unlawful possession of cannabis, and possession of unmarked tobacco.

"The primary criminal activities of this organized crime group involved the transportation of multiple kilograms of cocaine, opioids, and significant amounts of illegal cannabis and tobacco from southern Ontario into the city of Winnipeg," Waddell said.

Five of those charged are from Winnipeg, others are from Whitby, Ont., Stouffville, Ont., Aurora, Ont., and Calgary, Alta. As well, one is from the RM of Tache, southeast of Winnipeg.

Police, who called the illegal operation a "sophisticated inter-provincial organized crime network," said southern Ontario was the distribution point for cannabis grown there, as well as for cocaine brought in from Mexico.

"I've been told this is some of the purest cocaine we've seen in over 15 years," said Waddell, adding the raids required approximately 160 police members from various agencies … to dismantle this organization."

One of the pickups had a hidden compartment in it that allowed drugs to be stashed away.

All 13 kilograms of cocaine were found in that compartment, which Waddell described as "a James Bond-like console" with an electronically-controlled actuator. The press of a button would cause the hidden compartment to be revealed.

"Clearly, someone with a mind to be creative was able to weld that," Waddell said.

The investigation involved the WPS in collaboration with the Ontario Provincial Police. Manitoba's finance and taxation department was also involved due to the tobacco, which amounted to 2.46 million individual cigarettes.

The province stood to lose $739,326 in tax revenue if they had been sold illegally, Waddell said, noting it is the largest single seizure of illegal tobacco in Manitoba history. 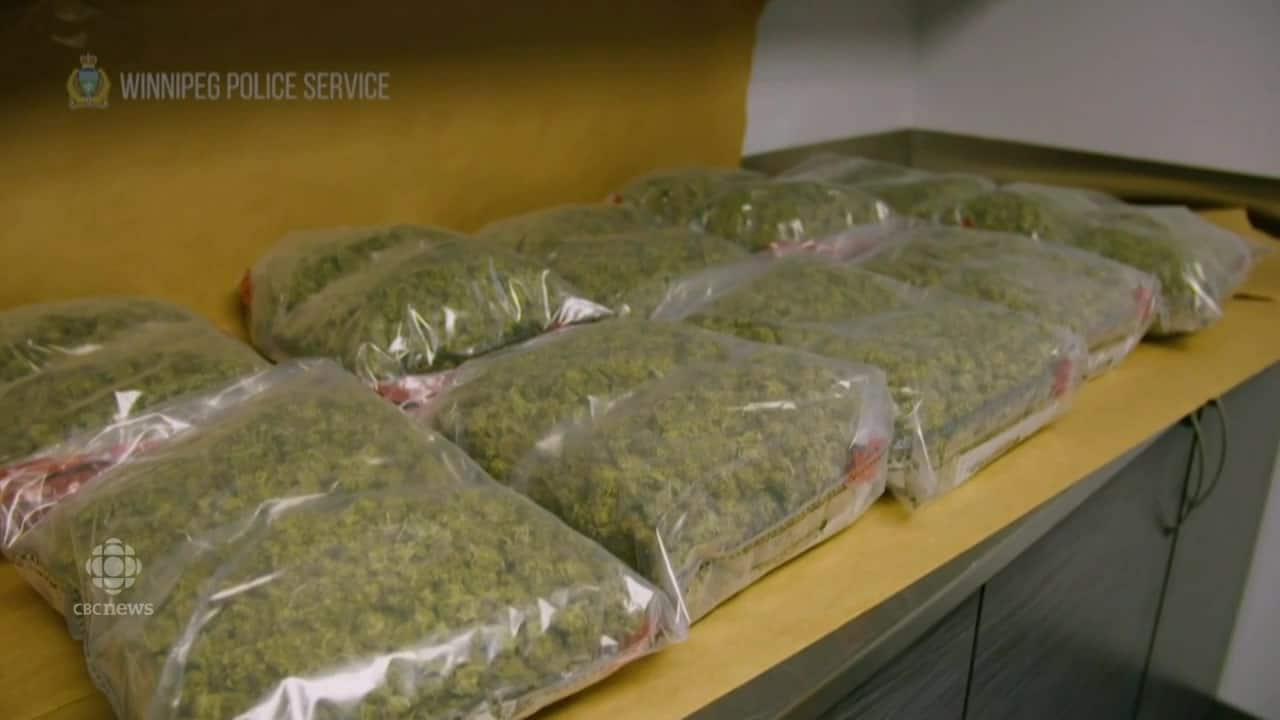 Millions of dollars in drugs and other illegal material seized by police in joint investigation into organized crime network.

1 year ago
2:38
Ten people were arrested in simultaneous raids last week in Winnipeg, the R-M of Tache and in southern Ontario. 2:38
CBC's Journalistic Standards and Practices|About CBC News
now