This column is an opinion by The Honourable Murray Sinclair, who is retiring as an Independent senator from Manitoba in January 2021. He is also a former justice of the Court of Queen's Bench of Manitoba and the former chair of the Truth and Reconciliation Commission of Canada. For more information about CBC's Opinion section, please see the FAQ.

Mr. Premier, we're better than that.

Manitoba Premier Brian Pallister's comments regarding vaccine distribution at his news conference on Thursday are inflammatory and divisive.

He basically said, "If you don't get vaccine right away, blame the Indians."

I didn't hear him say, "If you don't get vaccine right away, blame the old people in personal-care homes." Or "Blame the front-line workers."

No. He said it was "unfair" to "Manitobans" (I guess he doesn't consider Indigenous people living in this province as Manitobans) for First Nations to get a separate supply of vaccine under the federal vaccine distribution plan.

It's only when the target of vaccine distribution plans are First Nations that the premier calls out the federal government.

For what? Being unfair to Manitobans, he says. That statement makes it clear that he does not see First Nations as "real" Manitobans.

Like many others, the premier is blind to his own racism. 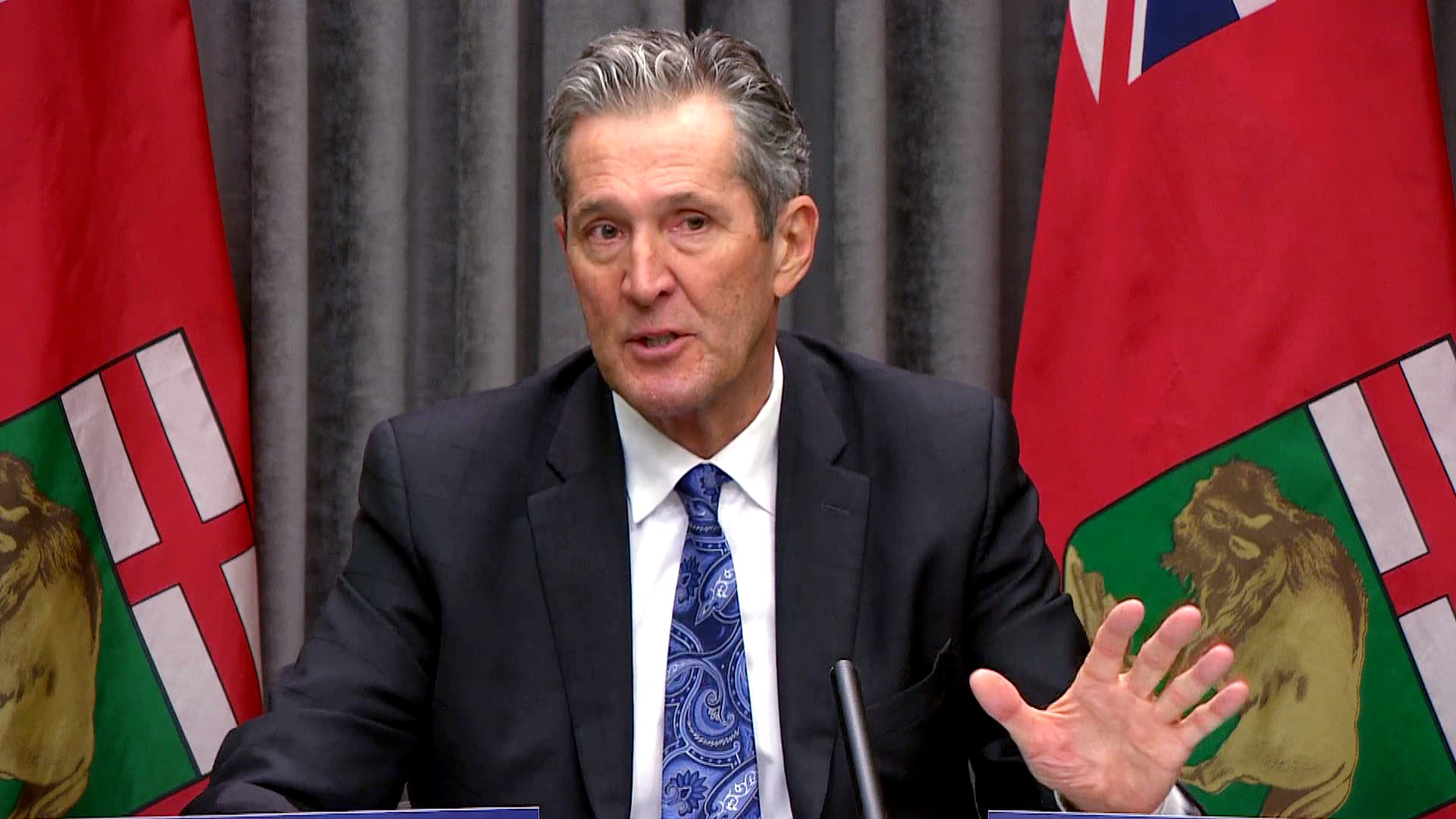 3 months ago
4:44
Premier Brian Pallister says a federal proposal to reserve a portion of Manitoba's vaccine allotment for First Nations would leave the province with the least number of doses for the rest of the population. 4:44

Pallister has played the race card before.

Don't walk down the streets, he says, because even he feels endangered by those Indigenous people he sees.

Those First Nation guys hunting for food at night? Forget about their constitutional rights, he says. Just ignore their rights, increase the fines or lock 'em up longer, 'cause his friends can't hunt at night. If we don't do that, we're going to have a "race war."

Canada and the provinces have waged war against Indigenous people through law for generations.- Sen. Murray Sinclair

Canada and the provinces have waged war against Indigenous people through law for generations. You're just part of the current "race war," Mr. Premier, and — sadly — one of its leaders.

But the reality is that if the province of Manitoba under Pallister was charged with distributing vaccines, I believe that he would ensure that First Nations did not get their share as Manitobans, because they're a "federal" responsibility. That is apparently how he thinks and is, apparently, what he thinks of Indigenous people.

The premier is undermining decisions made on the basis of public health risk assessments, conducted by independent experts.

Should the federal government ignore that advice? Of course it shouldn't. It's proven reliable in the past and is based in part on the evidence that the people most seriously infected by the H1N1 virus were Indigenous people.

The vulnerability of Indigenous people to COVID-19 is plainly before us. They have the highest poverty rates, and the evidence clearly shows that the poor people of this country are more seriously affected because of their poverty. (And keep in mind that that is a poverty imposed by colonialism).

They have the highest medical needs and the poorest medical services in the province. They suffer from poor nutrition and astronomically high food prices; inadequate housing and overcrowded living conditions; remoteness and isolation; poor water supplies caused by resource development in most instances; and a provincial government dominated by a premier who does not understand Jordan's Principle — "Help first and ask questions later."

During an emergency, Premier Pallister is seeking to divide Manitobans. He is appealing to those who believe that whatever Indigenous people get, it's always at the expense of  "ordinary Manitobans." That's racism.

We're better than that.

The Honourable Murray Sinclair is currently an Independent senator from Manitoba, a former justice of the Court of Queen’s Bench of Manitoba and the former chair of the Truth and Reconciliation Commission of Canada.