A donation made by the Millican family will help 500 students in northern Manitoba improve their literacy and numeracy skills.

Schools in northern Manitoba will receive 500 Onetab tablets for their Grade 1 students, which educators say is a game-changer because the devices can work offline.

Timothy Millican and his mother, Susan Millican, purchased the devices and gave them to the Frontier School Division.

The Onetab device has applications that help students improve their math and literacy skills and doesn't require internet access.

Timothy Millican said many children in remote communities don't have access to technology or reliable internet, so the device solves that problem.

"With the disruption that their traditional schooling has experienced as a result of this global pandemic, these types of solutions are all the more vital," he said.

Frontier School Division superintendent Reg Klassen said the devices will be delivered to the division's five area offices and then distributed to Grade 1 students after educators are trained to use them.

"To get these devices into the hands of our Grade 1 students, so that their numeracy and literacy skills can continue to grow, is very important," Klassen said.

The Onetab device is part of a program developed by Onebillion, a non-profit organization based in the United Kingdom. Its mission is to use the inexpensive devices to improve education for children around the world.

Millican said the device's applications have been proven effective for students from kindergarten to Grade 3 because they assess the child's skill level before teaching them.

Their effectiveness has been outlined in several education journals and an independent study in Manitoba, he said.

The study, done by University of Winnipeg Prof. Linda DeRiviere at David Livingstone School in Winnipeg in 2018, found students who used the software on Onetab improved their math by 32 per cent, versus a control group who only improved by 10 per cent.

Klassen said the design of the lessons, which allow students to keep going if they get something wrong, is key to their success.

"Children feeling good about themselves when they get the answer correct and … feeling like they're becoming more intelligent — for our kids in isolated and remote communities, that's really important," Klassen said.

Onetabs are also cost-effective, averaging about $50 US each if many, such as 1,000, are purchased.

"When we think about buying iPads and laptops, then that's a pretty good price," Klassen said.

Device training with the division's literacy and numeracy coaches will begin promptly, he said. After that, the tablets will be distributed to Grade 1 teachers and students.

Frontier School Division has 44 schools. If funding can be found, elementary school students in other grades could also get the devices, Klassen said. 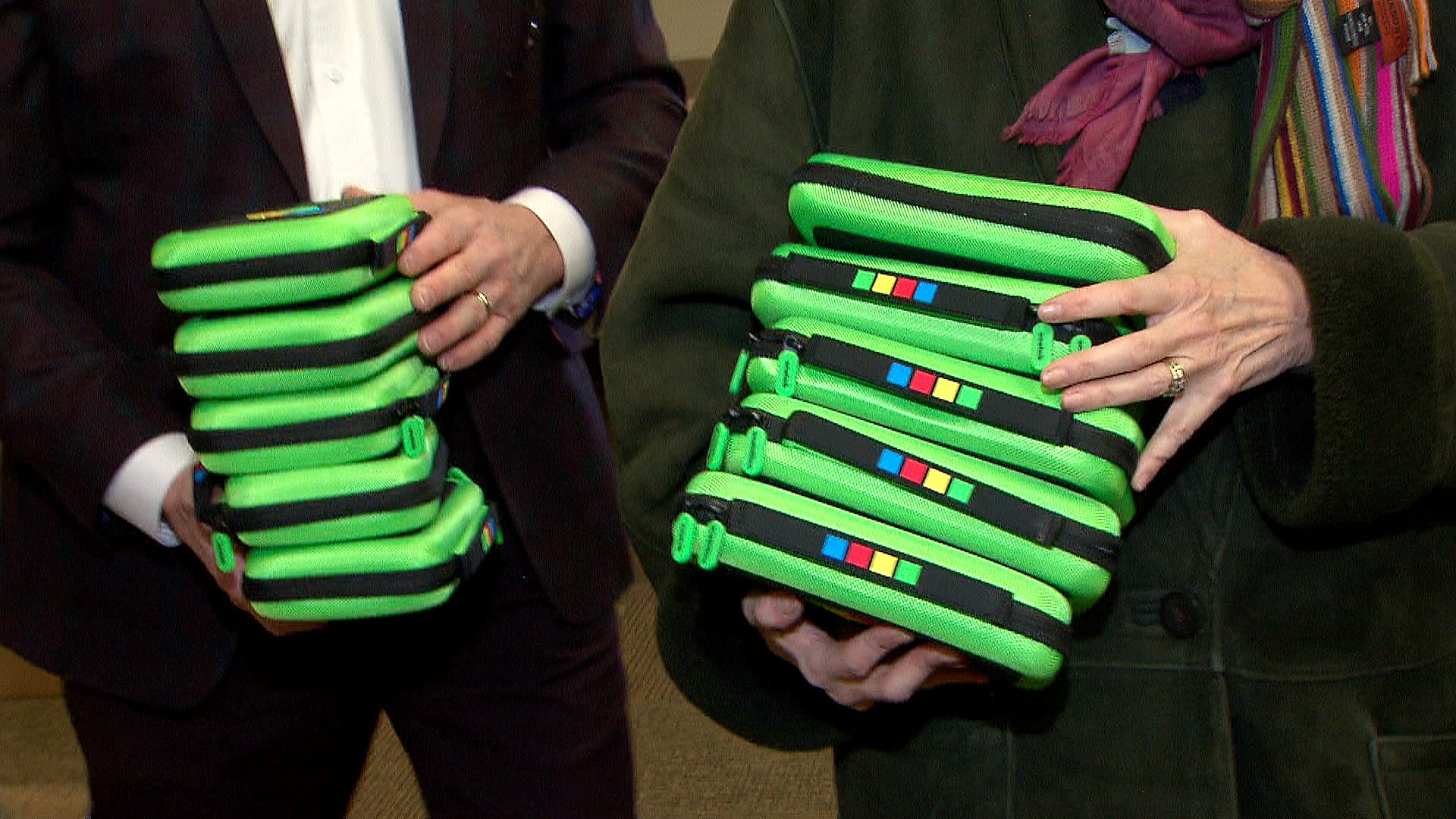 1 month ago
1:59
Schools in northern Manitoba will receive 500 Onetab tablets for their Grade 1 students, which educators say is a game-changer because the devices can work offline. 1:59
CBC's Journalistic Standards and Practices|About CBC News
now