Lorri Millan and Shawna Dempsey set out more than two decades ago to depict Winnipeg as a safe haven for the LGBTQ community — a Winnipeg that didn't exist  — through a mock advertising campaign.

Lorri Millan and Shawna Dempsey set out more than two decades ago to depict Winnipeg as a safe haven for the LGBTQ community — a Winnipeg that didn't exist  — through a mock advertising campaign.

It never saw the light of day then. But now, after more than 23 years, their art work is finally being displayed where it was always intended.

Posters heralding Winnipeg as "One Gay City" have been plastered on three bus shelters in the downtown, as part of a new art project from the University of Manitoba School of Art Gallery.

"It's great to see work that, for a whole lot of reasons, has never been seen before in the setting it's meant to be seen in."

Imagining city as 'mecca for queerness'

It was 1997 when the two collaborators sought to riff on Winnipeg's "One Great City" slogan by promoting the city as a "mecca for queerness," as Millan put it.

One print was to show a man pouting while dressed as the Golden Boy. "Where everyone is light in their loafers!" the headline proclaimed, above a revised take on the city's slogan, "Winnipeg: One Gay City."

In another, a smiling woman would be seen carrying fish she caught. "Where the fishing is great!" the caption declares.

The duo was inspired by then-mayor Susan Thompson, who refused to acknowledge Gay Pride Day.

People they knew had suffered violence from strangers, or verbal abuse, based on their presumed sexual orientation. Winnipeg was hardly a mecca for them.

WATCH | Lorri Millan and Shawna Dempsey on their "One Gay City" art project: 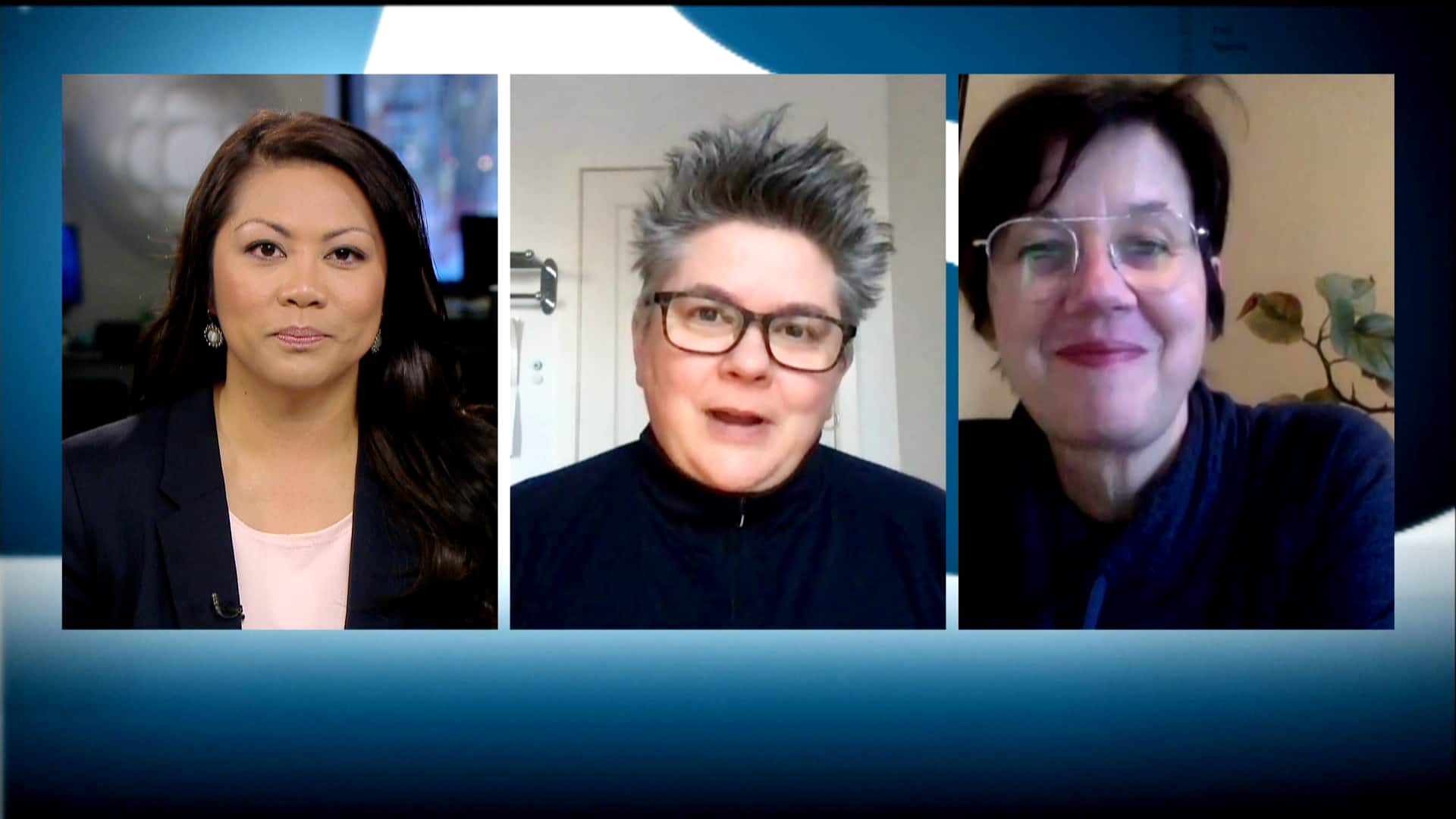 1 month ago
5:41
Artists Shawna Dempsey and Lorri Millan created posters for bus shelters with the slogan that read "Winnipeg One Gay City!" back in 1997. It took 23 years but now a queer art project finally finds its space and place in Winnipeg. 5:41

"In many ways, Winnipeg is a dystopia for gay people," Dempsey told the Winnipeg Free Press at the time. "Violence committed against gays has resulted in murder."

The bus shelter ads, however, were never installed. Some Winnipeggers caught wind of the advertising campaign and an outcry ensued.

The advertising agency objected to the queer content, backed by the Canadian Advertising Standards Council, and barred the posters from running.

The duo filed a human rights complaint. They reached a settlement with the ad agency in 1999.

By then, Winnipeg had elected Glen Murray, the first openly gay mayor of a large North American city.

It didn't feel right to recreate their exhibition, Millan said.

"We felt that if we put [the posters] up, it somehow would be seen as a response to having a gay mayor rather than the larger cultural issues, which were still in play," Millan said.

The idea was cast aside, until the University of Manitoba School of Art Gallery approached the two artists — among Canada's most renowned performance art duos — about staging an exhibition of some kind.

They settled on a show where Millan and Dempsey's art would reclaim their home on bus shelters.

"We're thrilled that this work is finally being seen," Dempsey said.

"But more than that, we're thrilled that the world has changed. And now Winnipeg is a much, much, much more inclusive place than it was 23 years ago for LGBTQ, two-spirited, asterisk folks."

"We're in this context of community with other artists who are out there, visible and queer and celebrating all of our diversities in public space — and it's supported now," she said.

The One Queer City exhibition, curated by Blair Fornwald, will run on eight Winnipeg bus shelters until Feb. 14. A map of the locations is available here.