Ojibway language tutor? There's an app for that

An app for smartphones and tablets is breathing new life into aboriginal languages. 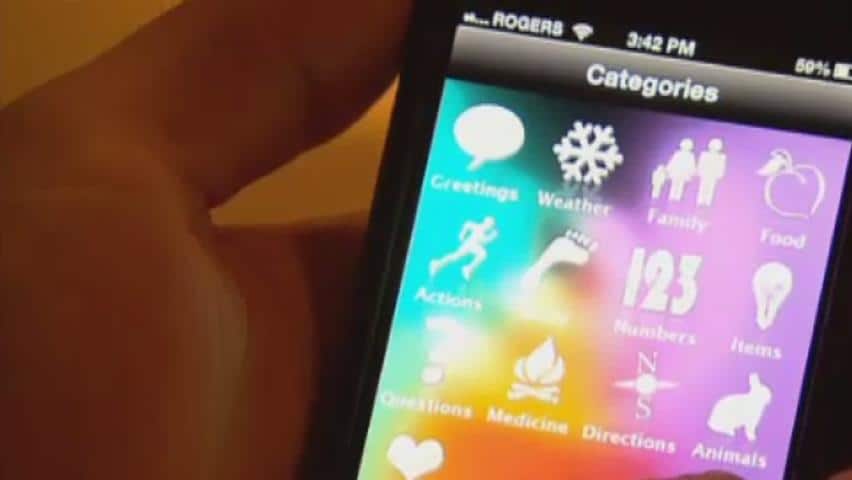 Ojibway language tutor? There's an app for that

An app for smartphones and tablets is breathing new life into aboriginal languages.

"It helps them …how to say the words through the audio," said Darrick Baxter, president, Ogoki Learning Systems, which is based in Sandy Bay Ojibway First Nation, located 165 kilometres northwest of Winnipeg.

He created the app so his daughter could learn Ojibway. It worked so well he put it up on iTunes for free so others could do the same.

That was about a year and a half ago. Since then, it has been downloaded more than 20,000 times.

Baxter's company now gets calls and emails from around the world from aboriginal communities wanting to use the app for their languages. Baxter said he plans to release a Cree version soon.

University of Winnipeg professor Lorena Fontaine said Baxter's app is just one example of how people are trying to bring back the languages of their ancestors.

But she says the federal government needs to step up as well.