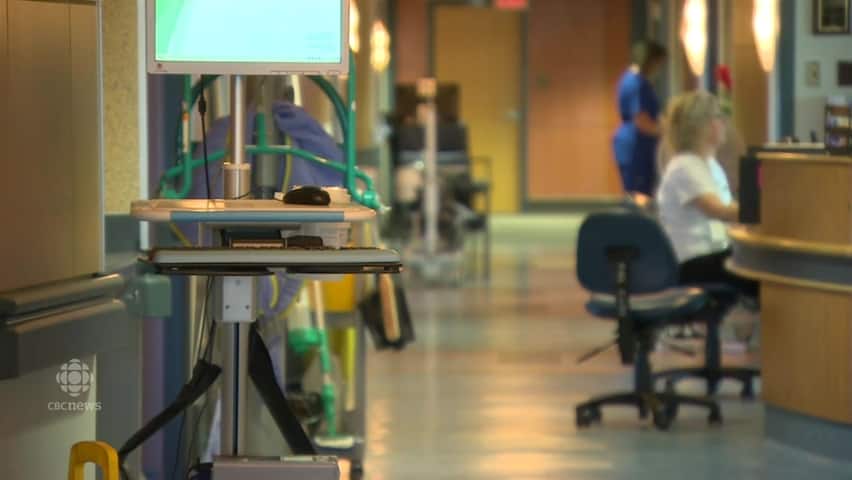 More than 500 nurses will start receiving "position deletion letters," which doesn't mean they are being laid off but they will move to new jobs as the health region tackles major staffing changes.

"These are the most significant changes to health care in Manitoba in a generation," said Karlee Blatz, regional director of labour relations for the Winnipeg Regional Health Authority.

As part of the major health-care revamp announced in April, patients with similar needs will be grouped together in locations with specialized staff and equipment.

"Our commitment to nurses remains that every nurse that wants to remain in the WRHA will have the opportunity to do that," Blatz said.

Letters will be sent to about 250 nurses at Grace and 250 nurses at Victoria. It will inform nurses that there will be a new rotation because the staffing levels at the facilities are changing.

The nurses will then have a few options:

"[For example] emergency nurses at Victoria Hospital will all be deleted," she said.

Those nurses won't need to formally apply or be interviewed, but if nurses choose to not move into urgent care, they follow other processes outlined in the collective agreement.

The remaining positions will be posted and all nurses will be allowed to apply. If a nurse still doesn't have a job, that nurse will have an opportunity to "bump" a less senior nurse.

Blatz said there are about 400 permanent nursing vacancies in the system right now, not including 25 additional positions created at Grace Hospital.

Many of the changes will have to be implemented by October, when consolidation of hospitals starts.

Training for nurses moving to different hospitals and units is part of the transition plan, said Lori Lamont, vice-president and chief nursing officer for the WRHA.

"We won't have staff that are waking up and going to a brand new environment expected to give the same level of care that they did yesterday in their previous environment," Lamont said.

Notices at this time do not include Health Sciences Centre, St. Boniface Hospital, Seven Oaks Hospital and Concordia Hospital, where the region is still in negotiations with the union.

Mowat said she is cautiously optimistic about the health-care system overhaul and how it will play out.

"I think that we have to wait and see what all the changes look like in the end," she said.

She was disappointed the Manitoba Nurses Union was not informed about Tuesday's major announcement and was unable to inform members before the news was made public.

"I think it was certainly was not meaningful consultation. I would argue it was a bit disrespectful," she said.

Manitoba Government and General Employees' Union president Michelle Gawronsky said while there may be jobs for nurses, that's not the case for other members of the health-care team.

"The meetings that I have been in up till now, we know that there will be significant net loss jobs at the Victoria Hospital already," she said.

The layoffs will affect health-care aides and communication clerks. Gawronsky said it appears it will impact about 10 per cent of the more than 300 MGEU employees at Victoria Hospital.

"From what they are telling us it could be anywhere from 25 to 35 to 40. They aren't giving us any numbers and that's a concern," she said.

Even for those who will have a job in the end, many health-care aides will be without work for a year or more while the Victoria Hospital is renovated, Gawronsky added. There will also be more part-time jobs and fewer full-time jobs, she said.

The health authority announced Monday that Winnipeg's hospitals will get $19.9 million in renovations over the next 27 months as part of the massive restructuring in the health-care system.

"We are also concerned about how this system chaos and the suspension of some services for a year will affect patient care and front-line staff," she said.

MGEU has learned that deletion notices are expected to be sent to its employees at the end of next week, Gawronsky said. The health region and the province need to be upfront with all health-care employees about the future of their jobs, not just nurses, she added.

Blatz said there may be fewer opportunities for health-care aides on site at Victoria Hospital, but there are positions throught the region "under the consolidation of health-care services."

"We are working with MGEU to negotiate a labour adjustment strategy that will work to minimize impact on staff, and if opportunities do not exist for all MGEU staff at Victoria Hospital, we will work with staff to identify other options that may be of interest to them," she said.

with files from Sean Kavanagh