More testimony was heard Wednesday in the second-degree murder trial of a Gillam man accused of killing his infant foster son. 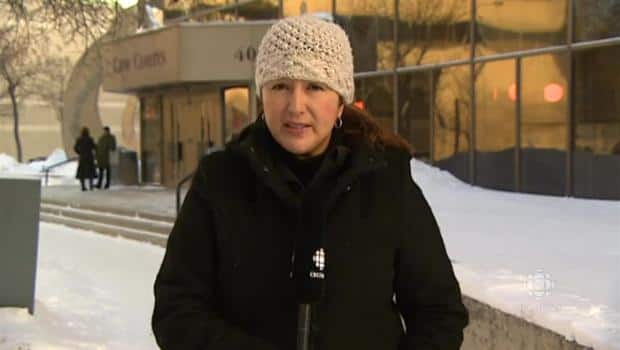 7 years ago
1:04
More testimony was heard Wednesday in the second-degree murder trial of a Gillam man accused of killing his infant foster son. 1:04

More testimony was heard Wednesday in the second-degree murder trial of a Gillam man accused of killing his infant foster son.

Court heard from nurse Diana Lynn White who said she took a frantic call from the foster father in November 2008.

“He said, ‘My baby is choking,’” said White. “He was hysterical and crying for help.”

Cameron Ouskan, 13 months old at the time, was rushed to a hospital in Gillam.

“He was in very poor condition. He wasn’t breathing on his own,” said White. “He was also covered in vomit.”

The Crown has said it will present evidence that shows Cameron suffered head injuries that resulted in his death.

In previous testimony, court heard from Cameron’s foster mother, who said the child often had bruises.

Cameron was in the care of an aboriginal-run social services agency for about 10 months before his death.

When Cameron’s foster father was charged with second-degree murder in 2009, RCMP said they were looking into a separate incident that sent the boy to hospital in August 2008, just months before his death.

The Crown is expected to call on several medical experts over the five-week trial to testify on the type of injuries the baby boy suffered in the days leading up to his death.

The trial is being heard just weeks before an anticipated report on the death of Phoenix Sinclair, a five-year-old girl who was killed while in foster care in the province.

According to provincial officials, 186 children have died in foster care since 1997, with between zero and three of those deaths being attributed to homicide each year.

The following is a chart provided by provincial officials on deaths in care from 1997 to 2012.