Live Nuit Blanche Winnipeg events not going ahead this weekend, but some art moves online

With Winnipeg's rising COVID-19 case count, Nuit Blanche pulled the plug on Saturday's festival. But artists say just getting to work together again has been huge.

Like many artists, Pluetoe Ilunga hasn't performed since COVID-19 hit in March.

Nuit Blanche Winnipeg was supposed to be his first opportunity to introduce live audiences to his masked rap persona, "Zueos," in an art project as part of the festival on Saturday night.

Audiences will still get to see that project — but not in person.

On Thursday, organizers pulled the plug on art activities and installations that were scheduled for the evening of Saturday, saying they will instead be rescheduled throughout the month of Sept. 25 to Oct. 25.

Unlike so many festivals that were cancelled outright this summer, Nuit Blanche — an annual event that typically draws thousands of people to downtown to see public art and participate in installations — had hoped to go ahead this weekend with COVID-19 safety measures in place, including crowd limits, physical distancing, masks and sanitization.

But with the rising case count in Winnipeg this week, that plan changed on Thursday, a day before Manitoba health officials announced the city will be shifted to the orange, or "restricted," level on the province's colour-coded pandemic alert system starting next week.

While the one-night festival is cancelled, Nuit Blanche organizers say many projects already had an online element, and are able to still go ahead in some form on Saturday.

That includes the project Ilunga was involved with.

He was among two dozen artists, including musicians, dancers and filmmakers, who created a video exhibit called Kindred. 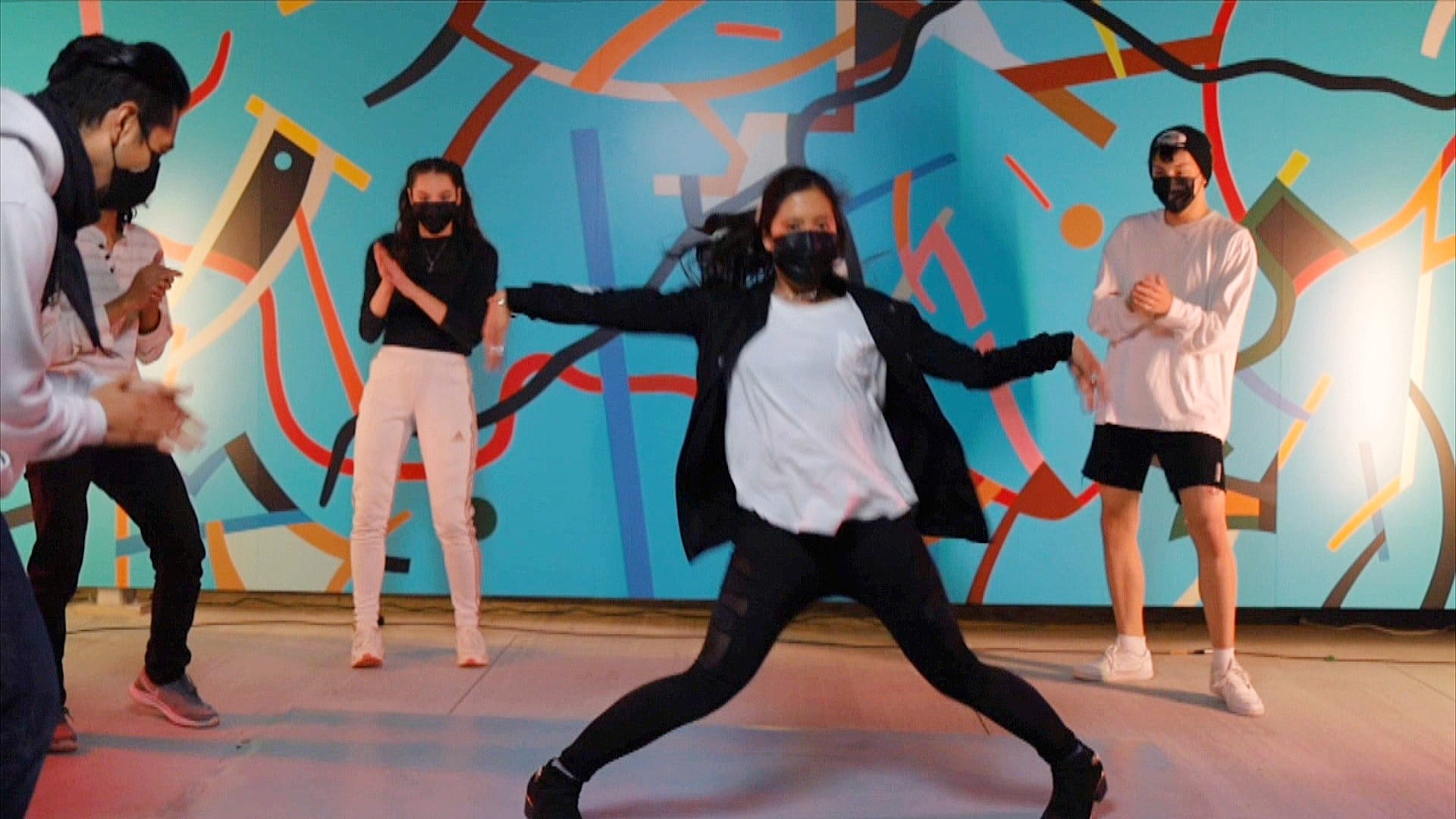 1 month ago
2:15
Nuit Blanche has pulled the plug on its regular event, but work still going online. 2:15

The original plan was to project the videos created for the project onto the side of the Winnipeg Art Gallery. Now, they'll be streamed online on Saturday.

The project — a collaboration between Wall-to-Wall mural festival, sākihiwē festival, Urban Shaman Contemporary Aboriginal Art Gallery, and the Winning Art Gallery — involved young people who were given artistic mentorship, to help them polish and present their work in a series of music videos.

"A lot of these artists already had music prepared for this, and this is how they worked with professionals," said Rene Marriott, assistant manager of Studio 393, who helped organize the project.

There were limits on who could take part, plus extra steps to keep things safe, like masks and sanitization, which meant the youth who were chose to take part were serious about what they were creating, Marriott said.

Even though the public won't see their art in person, the artists involved said just getting to work together again during the pandemic has been a huge boost.

"It's honestly been kind of weird, being isolated from everybody and doing things on my own at home," said Ilunga.

"Now, being around people makes you appreciate community even more."

Jane Fuentez, another of the young artists who was mentored as part of the project, missed out on a full summer of performances because of COVID-19.

"It was great working with other musicians, because I feel like when musicians don't get to see others work and everything, you aren't learning from anyone," she said.

Rapper Jimmy "The Jammer" Thomas, who wrote a song that will be featured in Kindred, took inspiration from the pandemic.

"I couldn't be with all my friends … because of COVID," Thomas said. "I had no one there with me. I had some tears in my eyes. I was kind of broken up inside. And then all of a sudden I thought to myself, 'I should probably write a song about this,'" he said.

"Man, music is my therapy. Music is my counselling. It gets all the stuff off my chest."

While Nuit Blanche has yet to release its reworked schedule, Kindred will still be available to live stream on Facebook, YouTube on Vimeo starting at 8 p.m. CT Saturday.