Some individuals waiting in line at Winnipeg's only drive-thru screening site on Main Street are relieving themselves beside their vehicles and in back alleys.

Possible carriers of COVID-19 are relieving themselves beside vehicles and in back alleys, neighbour laments

A steady stream of people are waiting hours for a COVID-19 swab in Winnipeg, and some just can't hold it in.

Some individuals waiting in line at Winnipeg's only drive-thru screening site are relieving themselves beside their vehicles and in back alleys, a neighbour near the North End location said.

"Nobody wants their yard used as a porta-potty," Gladys Carson said.

Carson has seen it for herself. She took a video last month when nature was calling for one individual.

Her brothers shouted at people who've chosen to squat in their back lane, a block west of the test site behind Charles Street, she said.

Earlier on Monday, Carson opened the door of her home to an elderly gentleman from the line who asked to use the facilities.

"If they're going to continue this [testing site], they have to put in porta-potties," she said. "People shouldn't have to sit in line that long without a bathroom facility."

In Winnipeg, there's one drive-thru in the North End on Main Street and three other COVID-19 sampling sites. Reported cases are rising — especially in the city — and a bottleneck has formed at some sites that's left people waiting several hours for a test.

The lack of washroom facilities hasn't garnered much attention, but people in the St. John's neighbourhood say it's disturbing.

"They're not going to really do it in the car, right?" said Bob Groves, referring to the limited options of people who need a washroom. "They have to do it somewhere."

WATCH | Gladys Carson records man who uses her front lawn as a urinal: 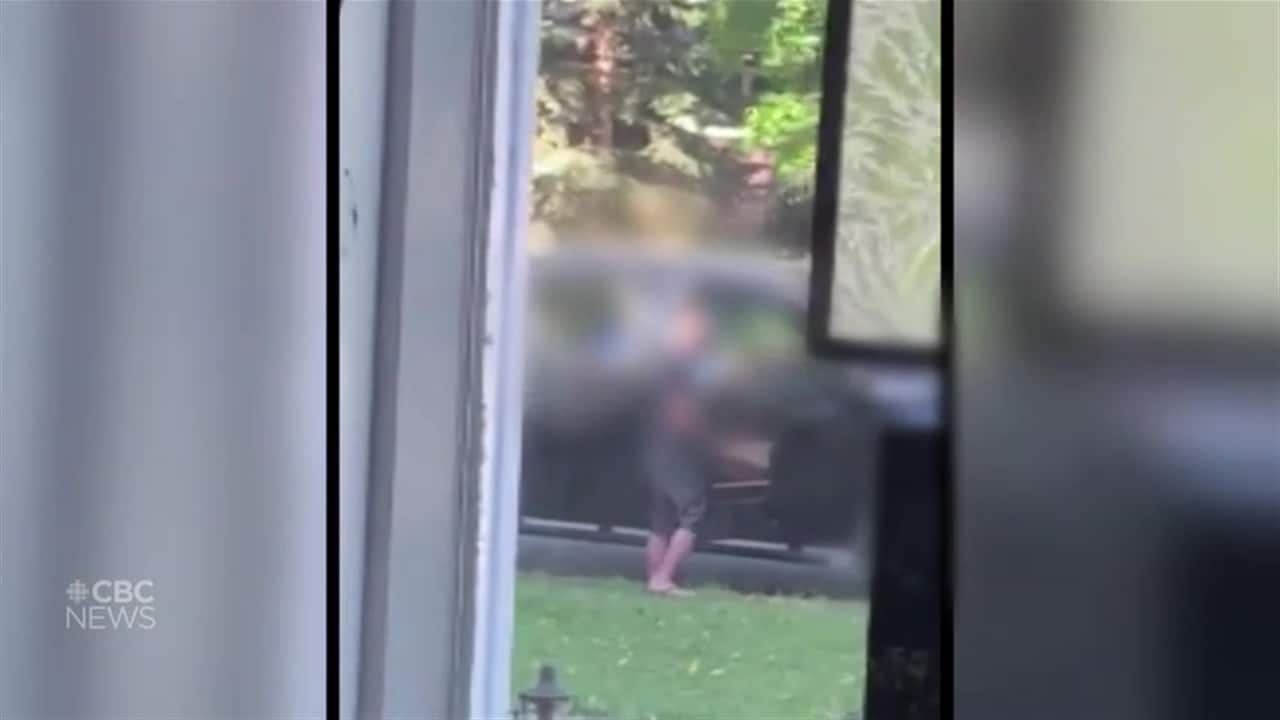 2 months agoVideo
0:36
There's a steady stream of people waiting in line for a COVID-19 test in Winnipeg and some of them can't hold it in. Residents near the Main Street testing site say people are relieving themselves beside their vehicles and in back alleys because there's no public washroom. 0:36

In the event Neil Fast Sr. needed a COVID-19 test, he said it's virtually impossible he could stay in his vehicle for more than four hours.

His great-granddaughter couldn't do it either, he said. Last week, the eight-year-old needed the washroom but her family didn't want to lose their place in the testing queue, so a relative drove over and dropped off some diapers.

Fast Sr. is annoyed by that exercise.

"We've got all these intelligent people organizing all of these [testing sites], and they don't even think about all these people standing in line for two, three, four, five hours," he said. "There's no washrooms available for any of them."

On Tuesday, the Winnipeg Regional Health Authority wouldn't rule out the possibility of adding portable washroom facilities, but said it must find the balance between convenience and the need for proper sanitation.

Staff at testing sites have instructed people to stay in their vehicles, before and during the test, to try and limit the spread of the virus.

Shorter lineups would at least partially alleviate the need for washrooms. Health Minister Cameron Friesen said at the COVID-19 briefing on Monday that an additional testing site in Winnipeg would open later this week.

John Jackson, a railway worker, estimated the lineup at the North End testing bay was probably a kilometre long, counting the cars wrapped along Main, Charles and Mountain Avenue. 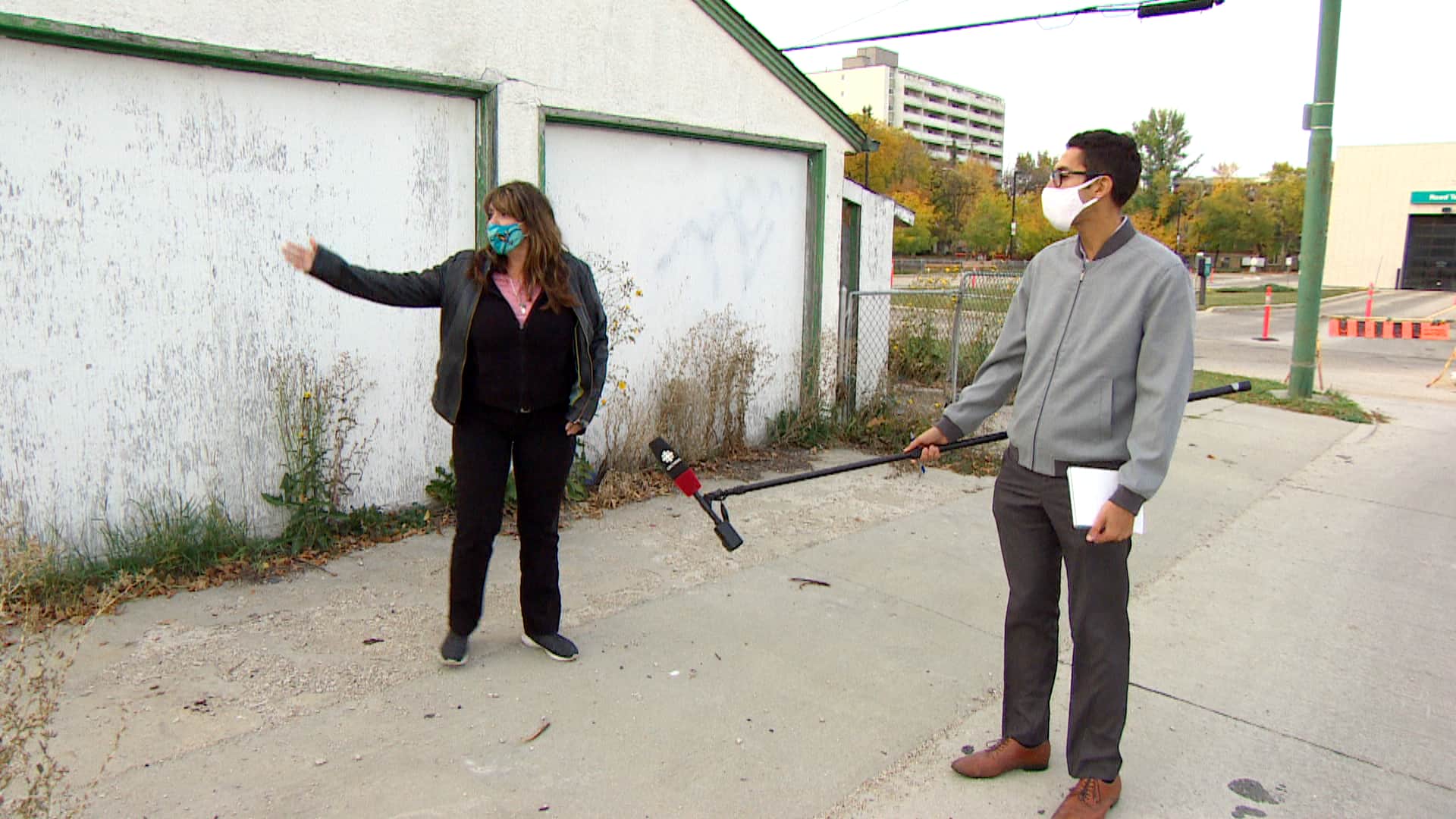 2 months agoVideo
0:45
North End homeowners say people lined up at Winnipeg's only drive-thru screening site are relieving themselves beside their vehicles and in back alleys. 0:45

"I took one look at that, I went, 'It's going to be hours, and that's if I get tested,'" Jackson told CBC Up to Speed guest host Emily Brass on Monday.

He planned to return Tuesday at 6 a.m., he said — three hours before the site, a converted Manitoba Public Insurance service centre, is scheduled to open.

People being turned away

Sonia Vernie was facing a headache, body aches, sore throat and fatigue when she was tested for COVID-19 at the site nearly a week ago.

She wanted to lie down, but couldn't. She had to stay awake as her vehicle slowly crept forward for more than five hours.

"What really bugs me was the fact that I got there five minutes after opening. If somebody couldn't get there until 9:30 [a.m.], they might not have been able to get tested that day," she said.

Like others, Vernie wants the city to open new testing sites, and extend hours at existing locations. Opposition political parties have slammed the long lines as inexcusable, saying the Progressive Conservative government should have known cases would likely spike in the fall, and the need for testing intensified.

Sheldon Gale wouldn't mind if there were other lineups to relieve the pressure on the drive-thru location on Main, but he said all the vehicles signify a community that's caring.

"It shows people care and want to get tested," he said. "If there wasn't a big lineup of cars every day, I think then you should be worried that people don't care anymore." 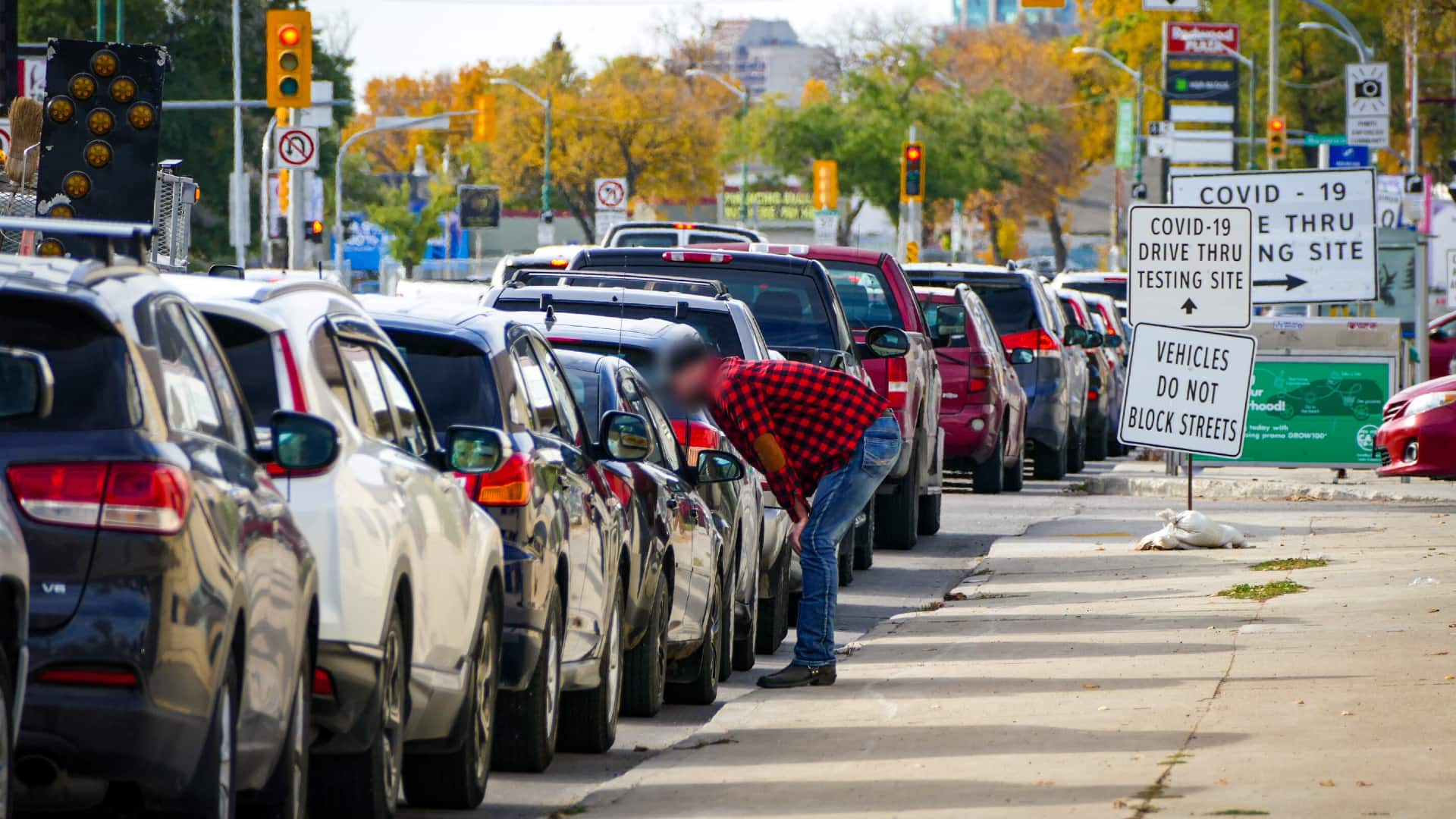 'Nobody wants their yard used as a porta-potty'