Fishing and hunting lodge owners in the northern reaches of Manitoba are coping with not just one boundary barring their guests, but effectively two.

Jerry Dunlop is cancelling people's vacations with a phone call.

They're discussions the fishing lodge owner in northern Manitoba wishes he wasn't having.

"Some people are very sad. It's almost you've had grown men crying on the phone because they want to come on their fishing trip."

Fishing and hunting lodge owners in the northern reaches of Manitoba, such as Dunlop, are coping with not just one boundary barring their guests, but effectively two.

Many lodges reel in American tourists, almost exclusively, but those anglers cannot cross the international border into Canada.

Even Canadian tourists are prohibited from recreational travel north of Manitoba's 53rd parallel — the point about 350 kilometres north of Winnipeg that's often used to define where "northern Manitoba" begins.

That restriction on non-essential travel was imposed in mid-April by a provincial health order to prevent the spread of COVID-19 to the northern region.

Some lodges have been left without any income.

Nearly three-quarters of the first 60 business owners who replied to a recent association survey said there's at least a "somewhat high" risk they won't open this year.

"The longer and longer this gets drawn out, the more difficult it is going to be," Kotak said.

More than 1,600 people were employed in Manitoba's hunting and fishing sector last year, according to an in-progress study commissioned by Travel Manitoba.

Dunlop owns a lodge on Waskaiowaka Lake, 130 kilometres northeast of Thompson at the start of the Little Churchill River. His private airstrip allows access to a spot otherwise mostly cut off from the world, which offers a bounty of northern pike.

But his fishing season runs only three months of the year; the lake is frozen the rest of the year.

All June bookings at Dunlop's Fly-In Lodge & Outposts have been called off. He's already lost a third of his guests for July and August. Some guests are leery of flying this summer, even if restrictions are lifted, Dunlop said.

"If we lose this, we lose our income for a full year," he said from his home in La Broquerie, Man., adding that loss extends to his 14 employees.

"It's a lot of weight [on your shoulders.] You lose a little bit of sleep at night."

At some point, Dunlop said it won't make financial sense to operate. He spends $40,000 every year to get his lodge ready, tallying the price of flights, fuel and food.

Dunlop said he cannot rely on domestic tourism to pick up the slack. Each vacation can cost thousands of dollars with the flight included.

"People don't do these trips on a last-minute notice. These trips are well planned out, usually a year ahead of time, just because people have to budget for them."

Bryan Bogdan knew he'd experience hard times as a fishing lodge owner, but never expected his calendar would be wiped so suddenly.

"We had the bookings, we had the deposits down," he said. "It was going to be our biggest year, bar none."

After running Wekusko Falls Lodge, near Snow Lake, for a decade, Bogdan was at a place where "our snowball is rolling downhill without us having to push it."

But then the pandemic hit. His ice-fishing season vanished in mid-March, nearly overnight.

"We hit six figures of loss of revenue way back in April and those numbers just keep climbing fast."

Federal aid programs help, but they don't cover expensive overhead costs, such as insurance and taxes.

'You can't just live for free'

Just in case, he's looking at job postings at the local mine.

"Some of us [in the lodge industry] are going to have to go get a job, there's just no way around it. You can't just live for free and just build up your expenses."

Bogdan can make up lost bookings a bit easier than some, since his lodge is road-accessible rather than fly-in, but he still faces a conundrum — does he give up the bookings of American travellers, whose plans are uncertain, to local travellers who say they'll drive up as soon as possible?

He doesn't want to risk the loyalty he's fostered with his American customers, who visit annually, he said.

Manitoba's lodge owners are banking on a return to normal by 2021, postponing most of this year's trips to next year.

But a lot can change in that time, said David Duval, an associate professor in the business and economics faculty at the University of Winnipeg.

The dedicated target market of tourists from afar may be nervous about travelling, or their incomes may dwindle.

There are "certain individuals who are wealthier who can afford to do this kind of activity," he said. "If that dries up, that's a problem."

But the Manitoba Lodges and Outfitters Association's Kotak said he's encouraged by the fact almost every company is planning to return next year.

Dunlop will probably take out a loan, but said the good years will help his family get by.

Bogdan doesn't doubt that he'll be back either.

"The more that I get to know lodge owners, there's a lot of, 'We don't quit.' It's probably the closest thing to farming that I know for mentality in business."

No matter what happens this summer, Bogdan will still be guiding at least two fishers on the water — his daughters, ages eight and six.

"That's something I'll definitely treasure and take out of this — taking those kids to a lot of cool spots they never would have got to see." 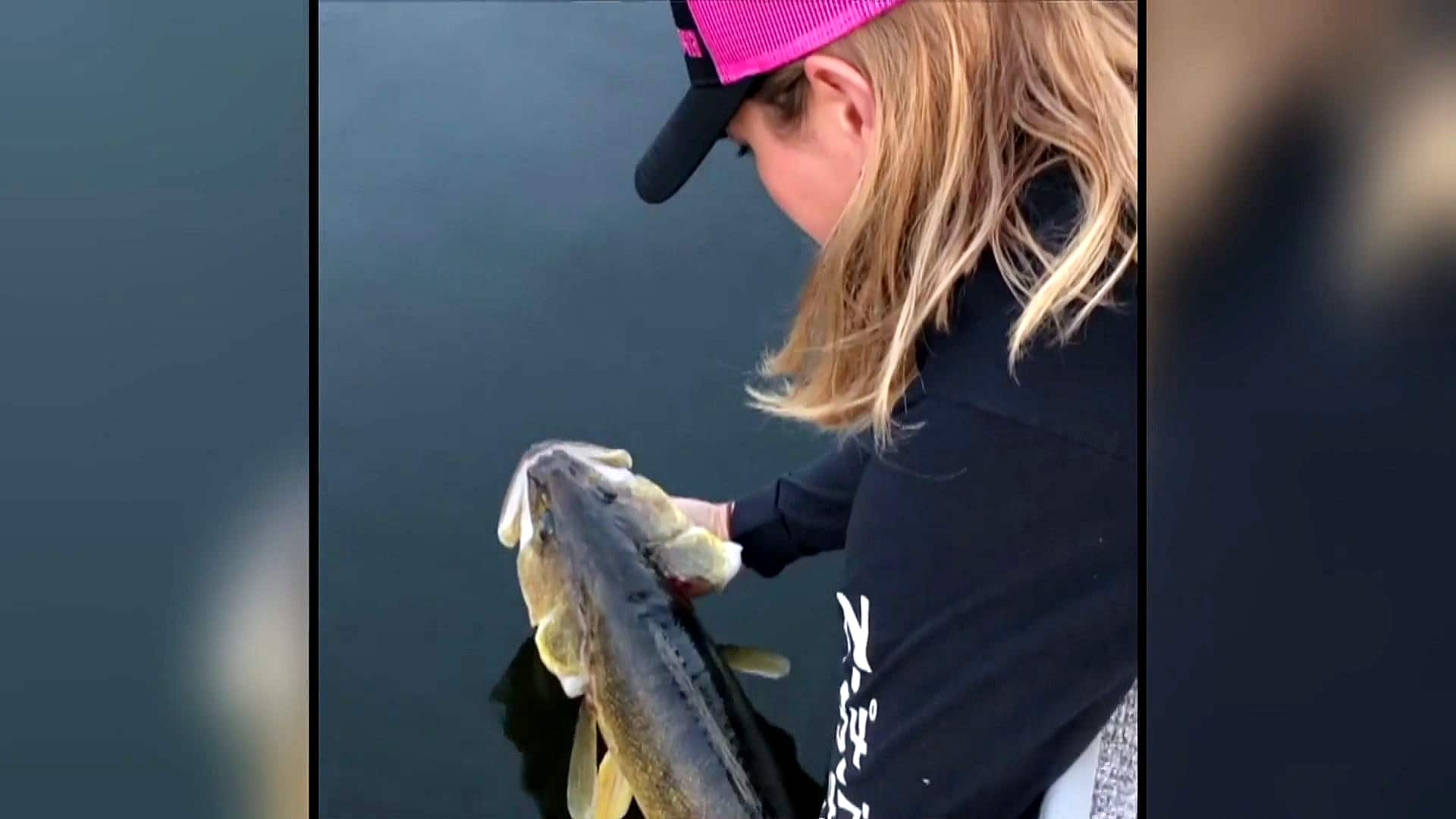 6 months ago
2:20
Manitoba's fishing lodge owners are banking on a return to normal by 2021, postponing most of this year's trips to next year. 2:20