'I didn't know who to tell': First Nations victims of intimate partner violence suffer from lack of services

5 of the 12 Manitobans killed by their partners in 2018 lived in First Nations communities: Statistics Canada

Helena Wood, Arlene Wood and Kathleen Wood are linked by common threads: all three come from the same remote community in northern Manitoba. All three suffered violence at the hands of their partners.

Now, Kathleen Wood is dead — and her husband stands accused of the crime.

Twelve Manitobans were killed by their partners in 2018, according to Statistics Canada. Five of those people lived in First Nations communities.

One of them was  Kathleen Wood, who was beaten to death on the evening of Jan. 27, 2018, in St. Theresa Point — a First Nation about 500 kilometres northeast of Winnipeg.

Her injuries were so severe that an emergency responder who had known Kathleen for more than 20 years had no idea the lifeless body she was trying to resuscitate was Kathleen's.

Helena Wood and Arlene Wood knew their friend was being abused. They could see the warning signs because they were also being beaten by their partners. But the women didn't talk openly about it.

"I get angry when I hear about this," Helena said of Kathleen's death. "This could have been prevented if somebody just listened."

Jonathan Wood, Kathleen's husband and partner of 13 years, pleaded not guilty to second-degree murder in connection with her death. His trial wrapped up in Winnipeg last week and on Thursday, he was convicted of manslaughter.

Jonathan had a history of beating his wife, according to court records. At a 2013 sentencing hearing, he admitted to grabbing Kathleen's throat in 2012 and punching her several times the following year, when she was eight months pregnant.

He was sentenced to four months in jail and ordered not to have contact with his wife when he was under the influence of drugs or alcohol. That's because Kathleen still wanted to be with Jonathan. She loved him and they had four kids together. She just didn't want him around when he was drunk or high.

Jonathan was convicted again in 2016 for a violent assault on Kathleen. She had three fractured ribs and a partially collapsed lung, and needed a metal plate in her arm to repair the damage, according to court records.

Still, Kathleen and Jonathan stayed together.

Arlene was married to Kathleen's brother for nearly a decade. Arlene alleges her husband used to beat her, but she never considered leaving him.

"That never crossed my mind. It was always like, you have to be with him, we have to stick it out," said Arlene.

"Your marriage is, you know, sacred, and you have to endure it. Just stick it out, you're always told."

She says her marriage ended in 2008 when her husband was jailed for an unrelated incident.

Unlike Arlene, Helena Wood wanted to take her four kids and get out of St. Theresa Point.

"I didn't know how to go about it and I didn't know who to tell — more because it's an isolated community and there's no resources," said Helena.

Her eldest daughter used to call for help when Helena was being beaten. Then in February 2010, the 15-year-old girl took her own life.

"That's where I got my resources, my information — once she was seen by a psychiatrist," said Helena.

"And then she told me about shelters. I said, 'Oh, I never knew that.'

"I've heard of facilities, but I never knew I could go there."

The numbers show a desperate need for those shelters — and that they're lacking in First Nations communities.

In 2014, the RCMP published a landmark report on the number of missing and murdered Indigenous women. It found that nearly 70 per cent of the 1,017 Indigenous women murdered between 1980 and 2012 were killed in their own homes.

Statistics Canada's country-wide survey on self-reported victimization found in 2014 that Indigenous women were about three times as likely to report being a victim of spousal violence as non-Indigenous women. More than 10 per cent of the Indigenous respondents reported having been assaulted by their spouse or common-law partner in the past five years.

There are 63 distinct First Nations communities in Manitoba, with territories scattered across large, often remote expanses of the province.

But there are only five federally funded, on-reserve women's shelters and four addictions treatment centres.

Establishing shelters on First Nations is a shared responsibility. The Canada Mortgage and Housing Corporation is responsible for the capital costs of building the facilities, and Indigenous Services Canada covers the ongoing operating costs.

In 2016, the federal government set aside money for the construction of new emergency shelters on First Nations across Canada. It received 38 applications nationwide, eight of which were from Manitoba.

The CMHC had enough funds to create five new shelters, one of which was in Nelson House, approximately 65 kilometres west of the northern Manitoba city of Thompson.

CMHC wouldn't specify where the 33 unsuccessful applicants were located.

"Unfortunately due to the significant oversubscription to the expression of interest,  we were unable to fund the construction of the majority of them," CMHC senior media relations officer Len Catling wrote in an email to CBC News.

"They require these shelters so that women can have a place to go."

Settee says every First Nations community should have shelter and addictions services.

The lack of on-reserve services means First Nations women and children fleeing abusive relationships have to turn to off-reserve shelters, which routinely turn people away because they are at capacity.

There are 10 provincially funded emergency shelters in Manitoba and only two of them are in the north — in The Pas and Thompson. In 2018, those shelters provided services for 3,338 people, for a total of nearly 40,000 daily bed uses.

Deena Brock, the provincial co-ordinator at the Manitoba Association of Women's Shelters, says all women in need are welcome, but shelters increasingly struggle to manage their clientele, who come with complex issues like addictions and intergenerational trauma.

"Having a staff [member] who is a domestic violence counselor is great," she said. "But now we need that staff person to be able to recognize these underlying issues, such as addictions or mental health, medical issues."

Brock says shelters province-wide struggle to maintain and recruit experienced social workers who are often lured away by employers that can afford higher wages, such as Child and Family Services agencies.

"I think that the government needs to step up and address the violence against women," says MKO Grand Chief Settee.

CMHC says in June 2019, the governments of Canada and Manitoba signed a bilateral agreement to tap into $450 million in funding for housing in the province over the next 10 years. Some of the money could be used to build new shelters in First Nation communities.

Helena Wood left St. Theresa Point in 2010 and now lives in southern Manitoba. She believes education for both women and men is key to breaking the cycle of violence, and she's eager to share her healing journey.

She isn't sure how to break the cycle of violence, but she's been using her Facebook page to let other women know there is help.

"I want to do workshops with people, to give them hope," she said. "That way we can stop that cycle.… They can break it if we teach them." 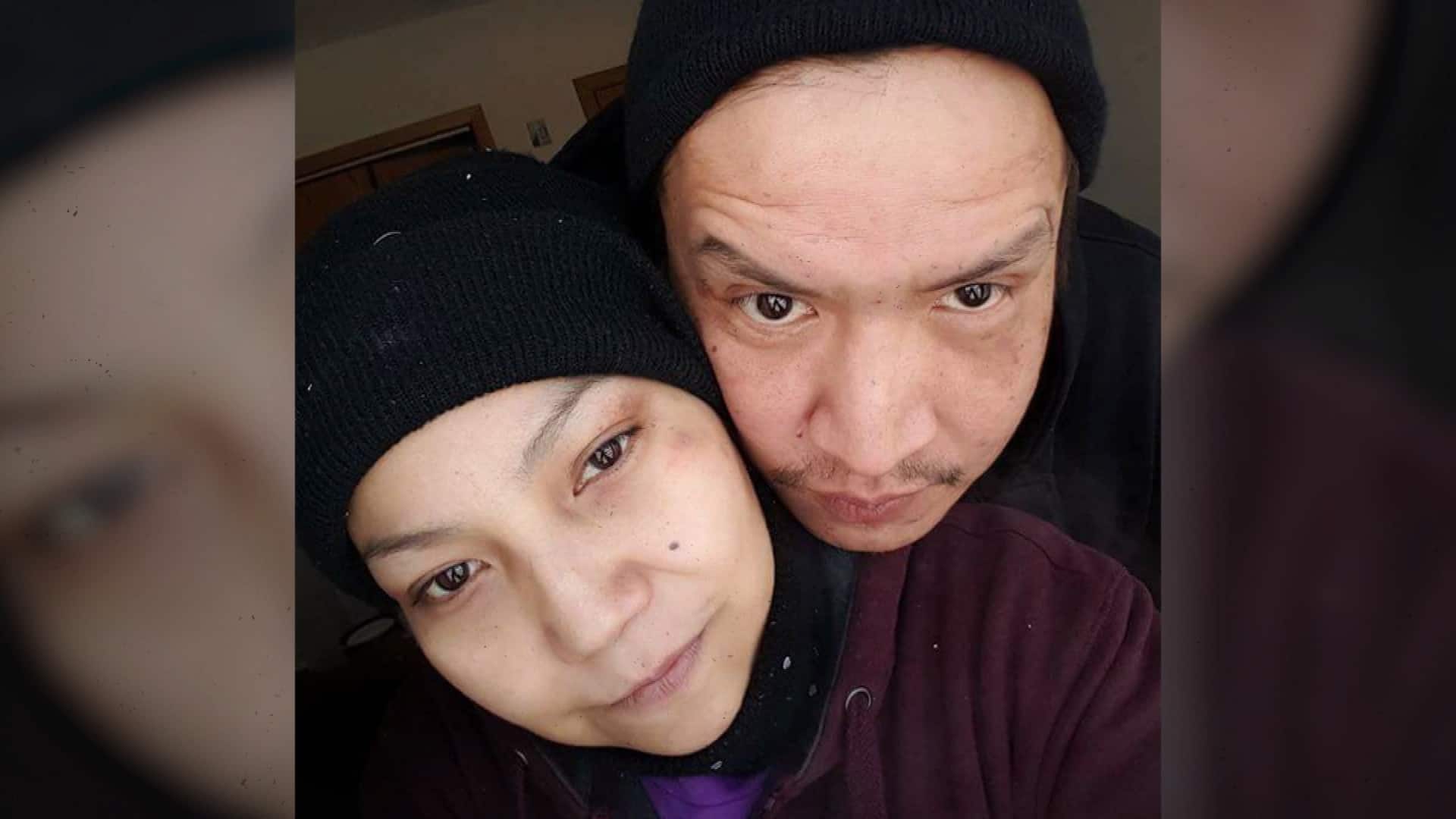