High flood waters have spilled over and closed a major highway south of the Canada-U.S. border, just days after the Manitoba government announced a high-water warning for the south of the province.

High flood waters have spilled over and closed a major highway south of the Canada-U.S. border, just days after the Manitoba government announced a high-water warning for the south of the province.

The I-29, which runs from the border south through North Dakota, was closed Thursday night due to flooding, according to the North Dakota Department of Transportation.

A nearly 40-kilometre stretch, from Manvel — just north of Grand Forks — to Grafton, N.D., is affected by the closure, along with other roads that feed off the I-29.

A northbound detour at the Manvel exit begins at US 81 and turns north toward Grafton, then east at ND 17, where drivers can eventually get back on the I-29, the department said.

The southbound detour starts at the Grafton exit and follows ND 17 west to Grafton, before turning south on US 81 and merging with the I-29.

Department of Transportation crews began installing an inflatable flood barrier along the I-29 Thursday.

The Red River is projected to crest in Grand Forks on Friday and no sooner than April 17 near the border, according to the U.S. National Weather Service.

Flood preparation is already underway in Manitoba, as the projected crest of the Red could top out between 19 and 19.5 feet James, which is a measure of river height at James Avenue in Winnipeg. That level would constitute a moderate flood.

Ice jams that formed on the Red River south of Selkirk caused some flooding Wednesday.

The Manitoba government activated the Red River Floodway Thursday night after issuing a high-water warning for the Red River, from Emerson to the floodway inlet south of Winnipeg.

Groups were out sandbagging properties in St. Norbert Thursday night.

WATCH | Volunteers sandbag in St. Norbert as water rises in and around Winnipeg: 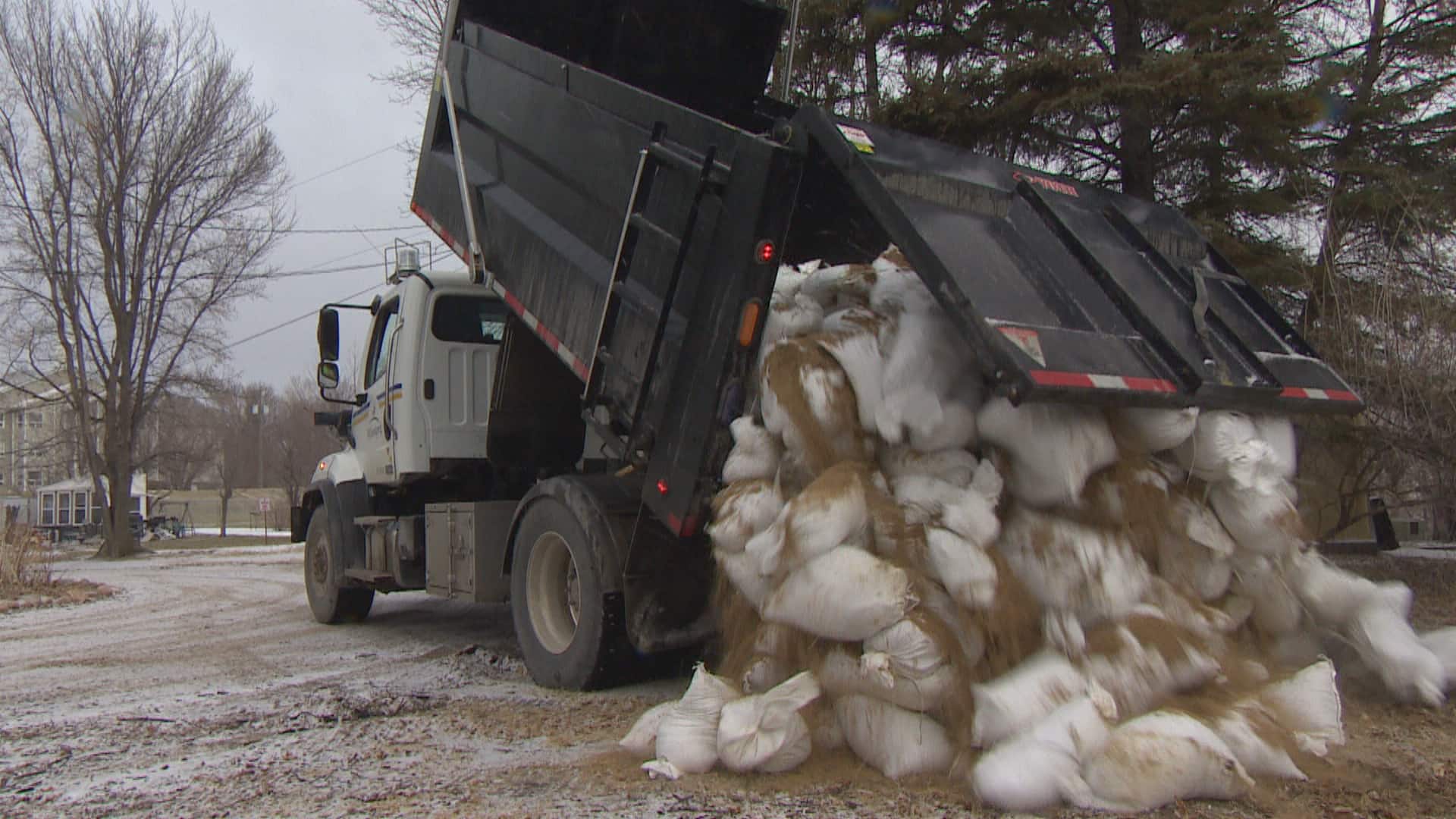 Manitobans sandbag in St. Norbert as waters rise in and around Winnipeg

11 months ago
1:02
People helped sandbag properties in St. Norbert Thursday as waters rise on the Red and Assiniboine rivers in and around Winnipeg. 1:02

Manitoba Infrastructure estimates the Red will crest near Emerson between April 15 and 18. The province has released the following crest projections for the Red in other parts of Manitoba: