A non-binary trans person is calling on the Manitoba government to give them an X option on government ID.

Sam Kayden MacKinnon is used to being misgendered in public but says not being able to identify properly on provincial ID by marking anything other than male or female isn't just an inconvenience — it's a human rights issue.

"Every time that I look at my identity markers or have to produce them for something, I feel like I'm showing a lie. It's not who I am and it's somebody else," said MacKinnon, a non-binary transgender person who was assigned female at birth.

"That feeling, it's terrible — like, it makes me want to vomit. It feels like somebody is judging me and deciding for me who they think I am, and it's totally wrong because it's not who I am."

The 26-year-old Winnipeg creative, who uses "they" instead of the gender-specific pronouns she or he, does freelance writing for media outlets, including the CBC. They recently wrote to Manitoba Premier Brian Pallister asking him to consider introducing legislation to modify Manitoba's Vital Statistics Act.

The amendment would mean a third, non-binary gender designation could appear on provincial ID like birth certificates, health cards and driver's licences.

The premier didn't respond and MacKinnon instead got a response from a director with Vital Statistics who outlined options for changing sex designation in Manitoba and thanked MacKinnon for writing the letter.

The director's response didn't address the key issue at heart — an option for an X designation so MacKinnon and others who are not male or female have a way to identify.

"It felt a little bit dismissive in terms of what I was asking for, especially as in my letter I talked about how this was a human rights issue," MacKinnon said.

MacKinnon also wrote to Manitoba's Opposition NDP, and said they got a reply from Leader Wab Kinew. 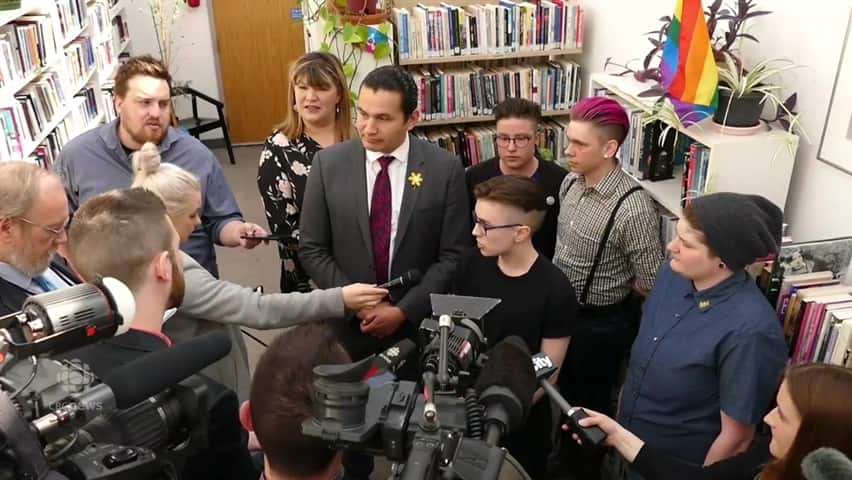 3 years ago
2:23
A non-binary trans person is calling on the Manitoba government to make an another option available on provincial ID. Right now, there are two options for gender: male or female. But for people who don't identify as either, there's no option. 2:23

Wednesday morning, Kinew announced a private member's bill at the Rainbow Resource Centre that he introduced in the Manitoba Legislature later that afternoon.

The bill would amend the province's Vital Statistics Act and give non-binary people a way to identify.

It's something that should have happened a long time ago, he told CBC News Tuesday.

"When you kind of misgender somebody you may be causing them some emotional and even physiological harm, and so this is about just doing right," Kinew said.

After introducing the bill, Kinew said it "might seem like a small change to some, but for others in Manitoba, it will make a world of difference." He asked the Progressive Conservatives to join them in supporting it.

Pallister did not immediately commit to supporting the bill after Kinew introduced it, saying that he welcomes efforts to advance inclusion in Manitoba, but he needed to read the bill before supporting it. 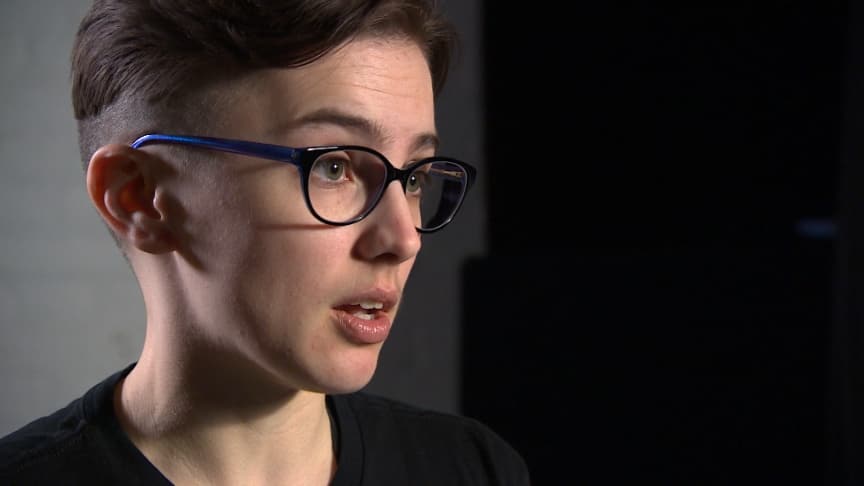 What it's like to be a non-binary person in Winnipeg

3 years ago
0:59
A non-binary Winnipegger is tired of not being able to identify themselves properly on ID in Manitoba. 0:59

"The NDP, in its history, never failed to create a wedge issue and division where actually unity would have been better," Pallister said. "I would also encourage him to respect the traditions of this place by introducing bills in this chamber so that we can look at them before he takes them out for a public relations exercise somewhere else."

The Manitoba Legislature is the first in Canada to introduce gender-neutral washrooms, Pallister said, arguing that is evidence of his government taking action on the issues Kinew raised.

Kinew said he is hopeful the amendment will pass in part because they created a gender-neutral washroom at the Manitoba Legislature after coming into office.

He hopes the bill will be passed before the beginning of June and come into effect in July.

A spokesperson for Pallister referred a request for comment to Justice Minister Heather Stefanson, whose portfolio includes the Vital Statistics Act.

Stefanson's spokesperson said the government recognizes that gender identity and expression is an important and evolving issue, and developments in other jurisdictions are being monitored by the province.

"The Manitoba government is represented on the Vital Statistics Council for Canada, which is an inter-jurisdictional advisory group that meets to discuss best practices and emerging topics related to vital statistics," the spokesperson said.

"Provincial implementation of gender neutral birth certificates is an ongoing discussion in this advisory group."

Charlie Eau, who was at the NDP's announcement at the Rainbow Resource Centre, would like an X option on their ID. They said the proposed legislation is a good first step but there's more work to do.

"It seems like we might just be talking about legislation to change my ID, [but] really it's a big picture issue of how society treats non-binary people and completely excludes us from many spaces."

MacKinnon said they've been non-binary their whole life but only started truly understanding that identity about four years ago.

MacKinnon admits they were nervous going into Wednesday's announcement and hopes this doesn't become a controversial issue in Manitoba.

They pointed to other governments in Canada that have already taken action on the matter, including Newfoundland and Labrador and the Northwest Territories, which now have X options available.

With files from Cameron MacLean