A Manitoba MP is calling for an inquiry after a man with a heart condition died on an inter-city bus while travelling to see his doctor, and is asking others who have had problems accessing health care in the region to come forward.

A Manitoba MP is calling for an inquiry after a man with a heart condition died on an inter-city bus while travelling to see his doctor, and is asking others who have had problems accessing health care in the region to come forward.

Abraham Donkey — a resident of Nisichawayasihk Cree Nation, also known as Nelson House — was travelling some 650 kilometres from Thompson, Man., on Oct. 3 for an appointment at Winnipeg's St. Boniface Hospital.

Donkey had stents put in his heart last month and was due for a followup. But he died en route.

"I don't think anybody would find it acceptable that a heart patient, just mere days after a procedure, would be put on a nine-hour bus," she said.

"We need to find out exactly where the ball was dropped."

Manitoba NDP Leader Wab Kinew made a similar call Wednesday, calling for an inquiry into whether the province could have done anything differently.

"It seems like a mistake was made in his care. Maybe more than one. We need to get the answers to those questions," Kinew said.

Although the federal government oversees health care for Indigenous people living on reserve, Manitoba is responsible for the Northern Patient Transportation Program, which subsidizes medical transportation costs for eligible people in northern Manitoba.

"We believe a full inquest under the Fatality Inquiries Act is necessary in order to understand what happened and what we can do to ensure this does not happen again."

Ashton raised the issue during question period in the House of Commons on Wednesday.

She said she knew Donkey's family, and was shocked and shaken up by his death. She said what happened to him highlights systemic neglect of Indigenous people in the health-care system.

"We have a government that's talked a lot about reconciliation, a lot about a nation-to-nation relationship, but when people like Abraham Donkey end up dying alone on a bus from Thompson to Winnipeg because the government refused to deliver the supports he needed, then not only have we not achieved reconciliation, I would say we're pretty far away from it," she said.

In response, Prime Minister Justin Trudeau expressed condolences, and said that the Department of Indigenous Services would investigate.

"We will continue to work with partners to support Indigenous-led health transformation and improved health outcomes for Indigenous communities," Trudeau told Parliament.

A spokesperson for Indigenous Services Canada said they were investigating the case "to determine how service delivery could be improved."

Decisions about travel for First Nations patients, including flights, are made based on recommendations from the nurses or doctors based on the medical condition of the client, and in accordance with federal policies, said Martine Stevens.

"The normal mode of travel is bus, based on the most cost-effective mode of travel, taking the client's medical condition into consideration," Stevens said.

In an email, Manitoba Health Minister Cameron Friesen extended his condolences to Donkey's family and also said his department is reviewing the case.

Manitoba's Office of the Chief Medical Examiner declined to comment.

With files from Jillian Taylor 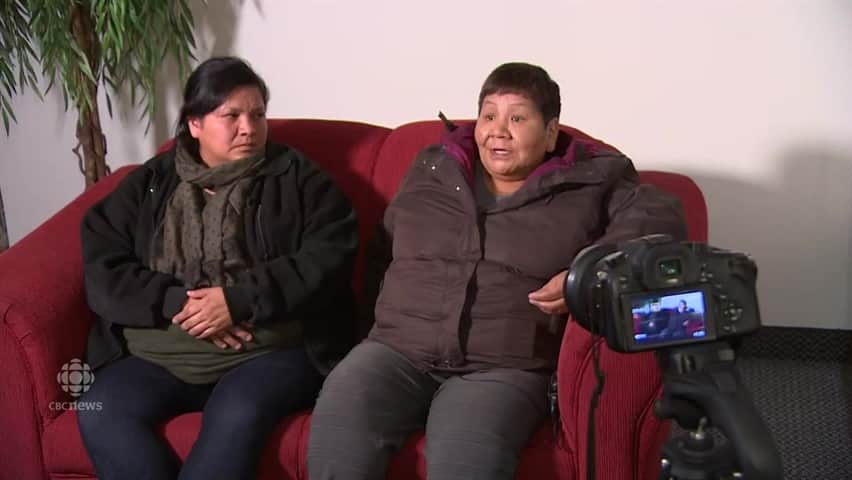 'The system needs to change': Family of Abraham Donkey speaks out