Premier Brian Pallister is coming under fire for saying divisions between Indigenous and non-Indigenous people over night hunting are "becoming a race war."

Manitoba Premier Brian Pallister is coming under fire for saying divisions between Indigenous and non-Indigenous people over hunting at night are "becoming a race war."

Indigenous people with status have the right to hunt for sustenance uses throughout the province, including at night, provided those areas don't have any restrictions.

"Young Indigenous guys going out and shooting a bunch of moose because they can. Because they say it's their right. It doesn't make any sense to me," Pallister said.

He made the comments at a Progressive Conservative Party luncheon in Virden, Man., on Monday. Pallister was asked a question about carbon tax and its effect on the farming economy, but unprompted, he launched into a speech about night hunting, which was recorded by CJ103 Radio reporter Heather Reimer.

"What is fair about going out and shooting at a pair of eyes in the night with a high-powered rifle? What's sustainable about that?" Pallister asked the group at St. Mary's Anglican Church hall. "This is a poor practice, a dumb practice and an unfair practice. How's that? Am I mincing my words? It's just not right. It should stop.

"We're organizing to bring Indigenous people together who say the same thing I just said, because it's becoming a race war and I don't want that."

Hunting rights not up to province, chief says

He said the speech sends the wrong message to Indigenous hunters and rural Manitobans.

Indigenous night-hunting rights are protected under the Constitution, Nepinak said, and have been upheld by the Supreme Court of Canada.

"None of the popular rhetoric coming out of the provincial government should ever be positioned in such a way to think that they have an overriding authority on what our rights might be," Nepinak said.

"Unfortunately some of the comments coming out of the province of Manitoba suggest to Manitobans that they have a final say on hunting rights, which they don't."

Nepinak said Manitoba chiefs are open to a discussion about night hunting, especially surrounding safety and the concerns of rural Manitobans.

But he said the premier's comments were disappointing and could set back the discussion.

"When a premier makes a comment about a race war.... It adds fuel to the fire, it's provocative and it's out of place."

The premier was in Costa Rica when CBC News reached out to his office.

"Every Manitoban has the right to safety and security. Consultations show there is much shared concern, including amongst First Nations communities and elders, on issues around public safety and the sustainability of our wildlife resources as they relate to night hunting," the statement reads. 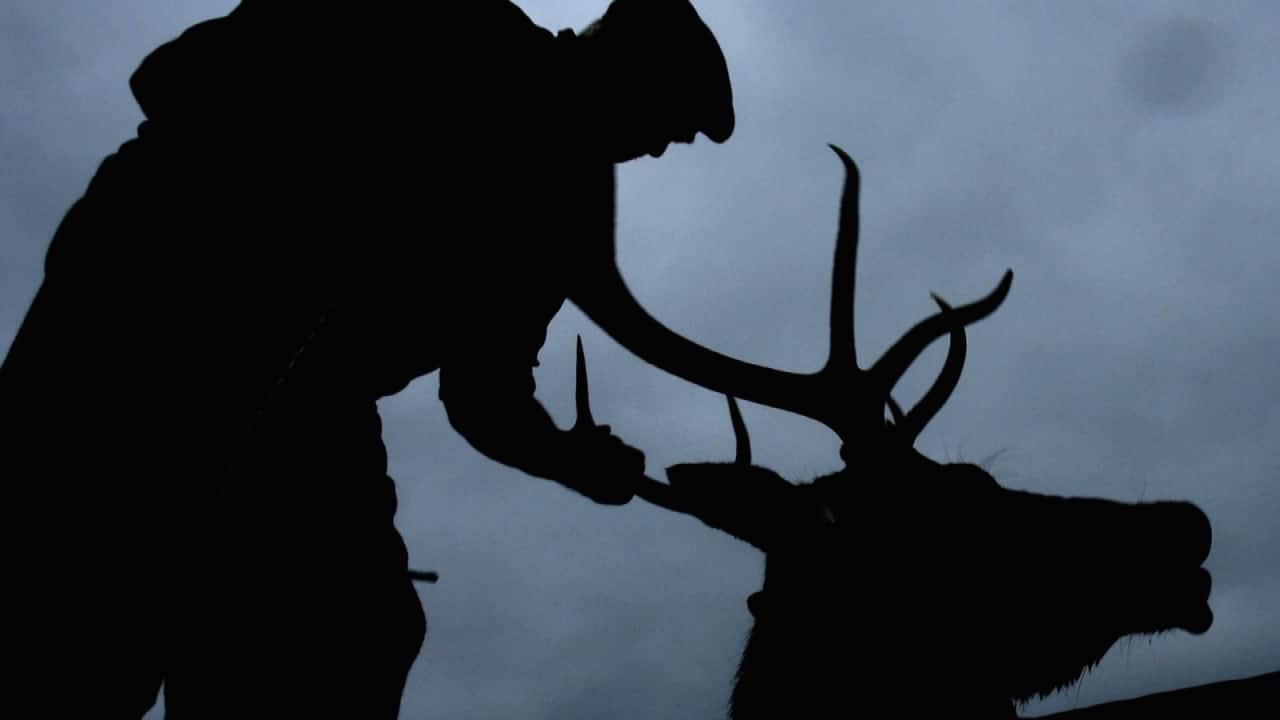 4 years ago
2:28
Manitoba Premier Brian Pallister is coming under fire for saying divisions between Indigenous and non-Indigenous people over hunting at night are "becoming a race war." 2:28

The premier said in the statement that reports of dangerous hunting practices and night hunting charges have increased.

"Tensions have escalated and we remain concerned about the risk of vigilante behaviour," the statement says.

"Our government is pursuing a consultative process which will include all parties to this issue in order to ensure that public safety and wildlife conservation are at the centre of any enhanced enforcement initiatives intended to curtail this dangerous practice."

The province has cracked down on illegal night hunting, laying 44 charges in 2016, nearly double the previous year's total.

CBC has asked for information on who exactly was charged and where the offences took place and has yet to receive an answer.

It's not clear whether or to what extent First Nations hunters engage in night hunting or were responsible for any of the infractions.

In the same speech about night hunting, Pallister said elders in the Indigenous community need to come forward "and be involved in this discussion."

"If elders talked to them [night hunters], it would help. But elders have been intimidated too often to say anything.… Now we need them to help us on environmental issues. We've got to change our attitude and approach."

A councillor in a rural municipality said Pallister "goofed" by saying the words "race war."

"There is absolutely no race whatsoever, no race war because this isn't a race issue, all the Indigenous groups know that it's not a race issue, it's a safety factor," said Scott Phillips, councillor in the RM of Sifton, adding the language used is unproductive.

Phillips said there are concerns about hunters firing high-powered weapons in the dark because livestock have been killed and property damaged.

"You can't have shots in the dark when you don't know what your target is," he said.

"You're the premier of Manitoba. Grow up. When I hear those comments I'm very disappointed in the premier," Kinew said. "The premier is pitting neighbour against neighbour and then he takes off for Costa Rica. That's not leadership. That's irresponsible."

Kinew said he is teaching his own children about safe hunting.

"We stop hunting at dusk. And we appreciate a lot of people in rural Manitoba have safety concerns. There's even people in my own constituency who own property in the country and they're concerned about safety.

"On the flip side I'm also an Indigenous person who harvests based on my treaty and my Aboriginal rights. So I understand the concerns on that side as well."

Kinew said Pallister's comments won't bring sides together, but will only "serve to divide."

Night hunting is illegal in Manitoba for non-Indigenous hunters. The Constitution Act (1982) provides that First Nations with status have a right to hunt for sustenance uses throughout the province, provided those areas don't have any restrictions. Methods such as "spotlighting" techniques, whereby a hunter shines powerful lights on prey, are legal for Indigenous hunters.

The Manitoba Hunting Guide states that First Nations with status can generally hunt in this fashion on reserve lands, unoccupied Crown lands and private property with the permission of the land owner.

The Manitoba Wildlife Federation has said many Indigenous hunters the federation has consulted oppose the practice.

The MWF said it does not have a problem with Indigenous hunters in remote communities who hunt traditionally at night, in the moonlight.

With the exception of status Indigenous people, hunting rules in Manitoba state that "the discharge of any firearm is permitted only from half hour before sunrise to half hour after sunset."

The hunting guide even supplies a sunset and sunrise table that shows exact times as the season progresses.

The rules for First Nation hunters with status state that night hunting is legal if it's not "dangerous to do so" and hunters must not "use hunting methods that are careless, unsafe or dangerous."

Regulations ban all hunting and discharges of firearms — for both status and non-status residents — in provincial parks closed to hunting, areas closed for conservation reasons and from provincial roads or highways.