A group of 18 newcomer moms have written a book describing their emotional decisions to uproot their lives and come to Canada. 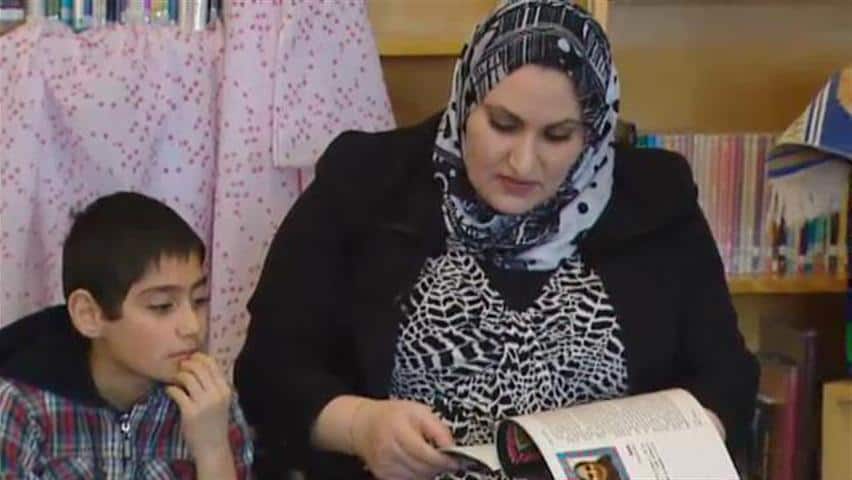 Letters to our Children

8 years ago
1:42
Some Winnipeg mothers who are newcomers to Canada have written a book, Letters to our Children, describing their emotional decisions to leave their home countries. 1:42

A group of 18 newcomer moms has written a book describing the emotional decisions to uproot their lives and come to Canada.

Letters to Our Children features notes from Winnipeg mothers who recently immigrated to Canada.

Contributor Baraa Diab said the decision to move her family from Iraq to Winnipeg was a difficult one, but she worried about the safety of her children.

She said her family was constantly threatened by kidnappers in Iraq, and she worried about raising her children in a country in turmoil.

"Many times they threaten us with the phone calls or letters and try to take [my son]," she said.

But explaining to her children why they left their home behind wasn’t easy, Diab said.

Hers is just one if 18 stories that can be found in the book, an initiative that grew out of a playgroup for newcomer moms.

"In one of the presentations, a mom went to say, ‘My dreams for you are—’ and her voice broke, and for a very long time she was just quiet as everyone waited because it went so deep," said Lorelle Perry, the director of KidBridge.

KidBridge worked with the group of moms to write the letters and publish the book.

Perry said she hopes the project will help children understand what their parents have done for them.

Diab shares that hope. She said when her youngest children eventually read her portion of the book, she wants them to understand why she made the difficult decision to relocate them.