The Salvation Army is opening a new space for homeless members of the LGBT community in Winnipeg, but those plans have come under fire from gay advocates concerned about the organization's history with their community.

The Salvation Army is opening a new space for homeless members of the LGBT community in Winnipeg, but those plans are being criticized by gay advocates concerned about the organization's history with their community.

The Sally Anne will open 15 rooms and a lounge for the LGBT community in a space that was previously being used to house asylum seekers.

An official opening for the one-year pilot project is set for Thursday.

The organization believes it's the first time in Canada that the Salvation Army has created a space specifically for homeless LGBT people.

"I think it's long overdue," said Jacqueline Stewart, a bisexual woman who stayed at the Salvation Army while on her road to recovery from drug abuse.

Her partner, Tia Parmeter, said the space will give LGBT people a sense of security.

"It will save lives," Parmeter said. 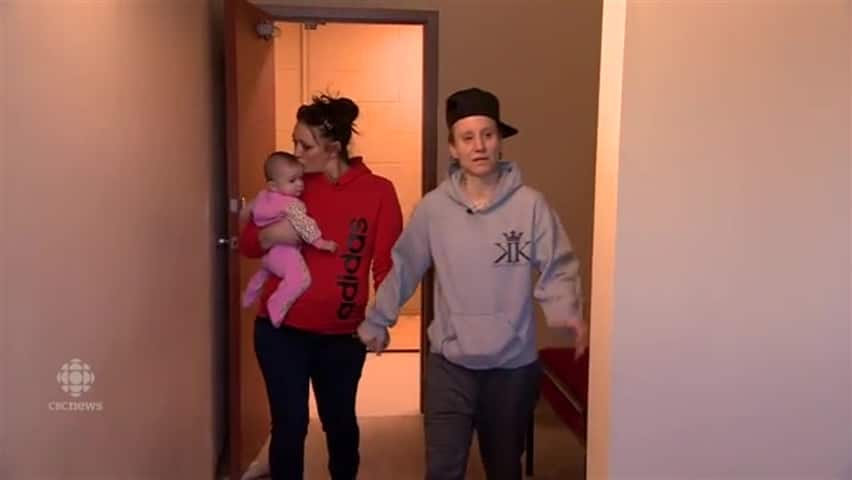 3 years ago
2:31
The Salvation Army is opening a new space for homeless members of the LGBT community in Winnipeg, but those plans are being criticized by gay advocates concerned about the organization's history with their community. 2:31

Parmeter and Stewart said discrimination is rampant toward trans and gay folks who are living in shelters and on the streets of Winnipeg. They have first-hand knowledge because they've both lived at the Salvation Army.

"Lots of times I didn't even want to leave my room," said Parmeter, speaking about the homophobic remarks she heard.

The new LGBT space on the second floor of the Salvation Army's Booth Centre would have helped, she said.

"It would have been a lot smoother ride for me to get sober."

But the Rainbow Resource Centre, a non-profit organization that serves the LGBT community in Manitoba and Northwestern Ontario, said it has concerns about the new space.

"When an organization has had a negative history with the community, it's the responsibility of that organization to change the perception within the community, and I'm not feeling like the Salvation Army has done that," said Mike Tutthill, the centre's executive director.

"Salvation Army does have a reputation of homophobia."

Tutthill said there are grave concerns in the community about a faith-based institution offering a homeless shelter for members of the queer community, with the exception of groups that have worked to identify as affirming or welcoming organizations.

"Our history with faith-based organizations has not been a positive one for the most part and particularly with the Salvation Army."

Tutthill said he planned to meet with the Salvation Army on Wednesday to raise his concerns.

'We serve without discrimination'

"I'm really hoping that our actions here demonstrate that we are wanting to help people. We serve without discrimination."

The Salvation Army has publicly responded several times to allegations of discrimination toward the LGBT community.

"I have to say I never thought that I would see the day that they would be opening a space specifically for LGBT people," said Bil Browning, a U.S. writer with the website LGBTQ Nation.com, who alleges a Salvation Army in Indiana refused to give him and his partner shelter in the 1990s because they were gay.

Browning's allegation was national news in the U.S. and people said they'd stop donating to the organization after he wrote about it.

Browning is skeptical of the Salvation Army's motivation for the new space and he still wants the organization to apologize for its history with LGBT people.

"I don't think anybody in the community is actually going to trust them and I think this is the perfect case until they actually apologize."

The church has lobbied the U.S. government at times on the traditional definition of marriage and in 2001 tried to get an exemption from a law that barred discrimination against homosexuals.

A spokesperson for the church said at the time, the Salvation Army was trying to make it clear it didn't have to ordain sexually active gay ministers and give medical benefits to same-sex partners of employees.

But Parmeter and Stewart believe the new shelter will be positive for their community.

"This would have meant so much to us when we were here and it will mean so much to other people who will come here," said Stewart.

Tutthill said the number of young LGBT people on the street points to the need for a safe space specifically for members of that community.

He cited rejection from family after coming out as a reason many young people end up on the street.

"We know that family conflict for LGBT folks can often be because families aren't accepting."