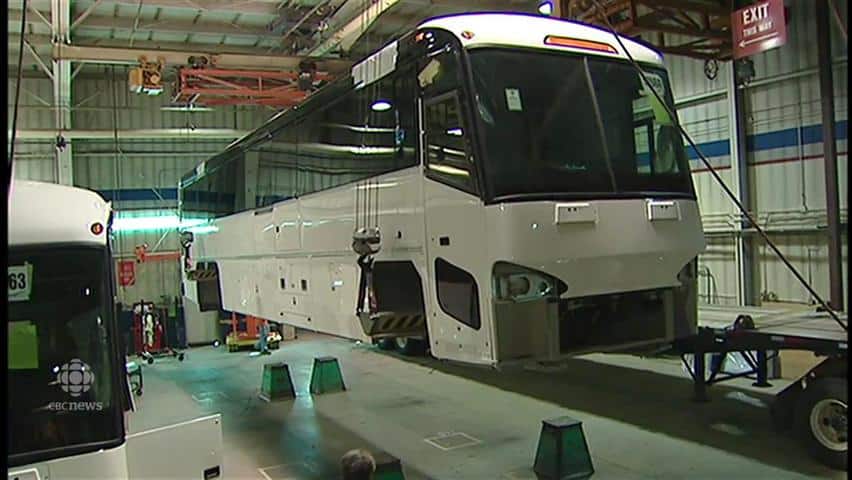 "I just think that I'm really, really proud of our teams to be able to put us in the position to make this come true. For the people of Manitoba and the employees of New Flyer and MCI it's really an exciting combination."

The multimillion-dollar transaction is subject to closing conditions, including U.S. antitrust and Canadian Competition Act approvals.

"The businesses operated in parallel all these years. And through the years there was always the talk of how to find a way to bring these two businesses together. The talks started in early January of this year where we approached the owners of MCI, feeling it was the right time for New Flyer and MCI to try to come together."

Michael Deley, the chairperson of New Flyer's local union, called the news fantastic. He thinks it will generate jobs within the company.

The major advantage will be when it comes to parts and part distribution in the United States, he said.

"If they take over MCI, and MCI has 28,000 sitting out there, that's a huge advantage for New Flyer," he said. "If you turn around and take all the part centres and service centres and start combining those things and moving everything out of those areas, then, holy smokes, you can really cut down costs and start making a lot of money doing that."

MCI's highway buses are designed and purchased differently than city buses but the parts work is similar, he said.

"I can see our sales team being more aggressive — selling more buses," he said. "The more buses you sell, obviously the more parts they're going to make, so it's a cascading effect."

Glenn Tomchak, with the International Association of Machinists and Aerospeace Workers Local Lodge 1953, is union representing workers at MCI.

Management expects the transaction to close before 2016.